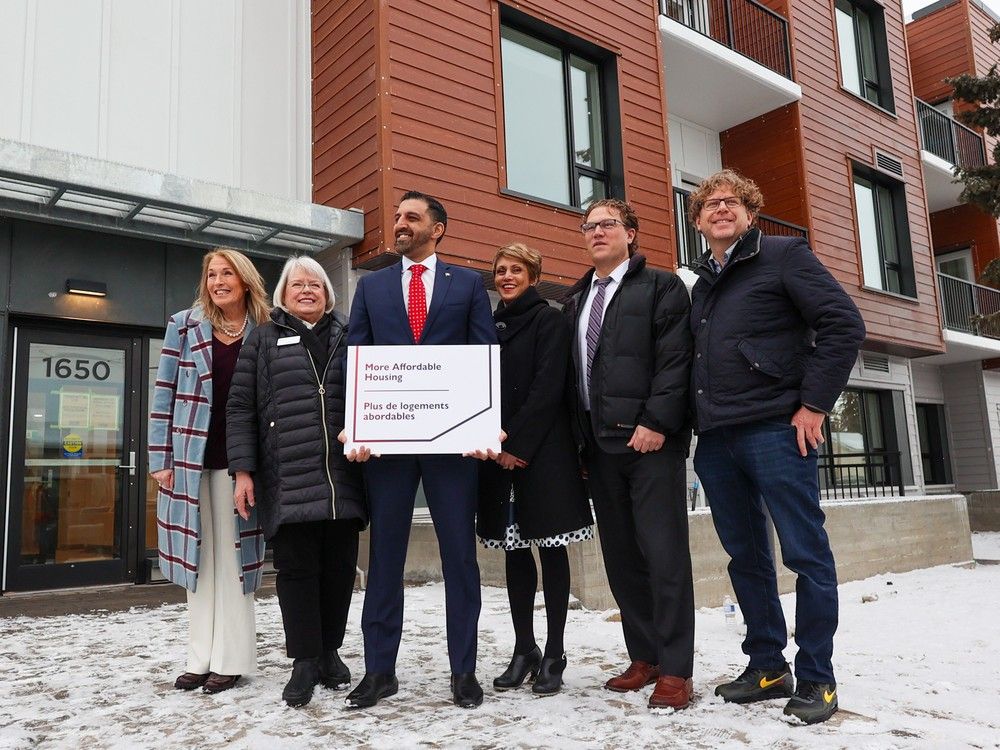 New affordable housing units for women fleeing domestic violence are set to open next month after a partnership from all three levels of government.

The YW Calgary’s redevelopment of its Sheriff King property in Inglewood is nearing completion. The 21-unit building has two- and three-bedroom apartments which will provide long-term housing for women and their children, but will also have resources on site to help them with their transition.

The full cost of the project is $45 million, and the YW is looking to raise an additional $5 million for services and operations.

Sue Tomney, CEO of YW Calgary, said the housing will be a place where families can begin their journey to recovery, adding the co-operation between all three levels of government was the “secret sauce” that made the project work.

“It … takes courage for governments to work together and put their differences aside and deliver great projects,” she said. “That takes courage. Thank you for that courage.”

Mayor Jyoti Gondek said the city contributed the country, as well as $2.5 million in funding. She said the project is a game changer on many levels.

“Projects like this one where family-sized apartments coexist with a trauma-informed crisis facility offer a place for women and their children to regroup and regroup with dignity and safety,” said the mayor.

The units are bright and modern, featuring a full kitchen, a balcony, and a laundry room. The YW said trauma-informed design principles have been used throughout the building in order to offer “environments that foster a sense of calm, safety, dignity, empowerment and well-being for all occupants.”

Jeremy Nixon, Minister of Seniors, Community and Social Services, said the province contributed $2.4 million towards the project. He shared his family’s personal story of fleeing domestic violence. He said his grandmother and had to leave an abusive relationship with two young children.

“And at one point, in my dad’s life and my grandmother’s life, they made the decision that they had the courage to flee and probably saved their lives,” Nixon said.

He said at that time, there were no resources for them to access.

“So grandma did what she had to. She stayed in hotels, she scraped by, she worked hard to try and make life as normal as possible for my dad and for my uncle.”

Nixon said that family history has helped him understand how critical projects such as this are for the community.

Calgary Skyview MP George Chahal said the federal government was contributing $7.1 million towards the project through its rapid housing initiative.

He said the federal government is also contributing $10.4 million to a new crisis shelter which is also being built on the same site. That money is coming from the national housing co-investment fund.

“If we want our communities to thrive, then we need to support the most vulnerable among us,” said Chahal. “And that starts with having an affordable place. People need a home where they can feel safe and supported and where they can help build a successful future for themselves and their loved ones.”

“The reality is, we are always full, and even doubling our capacity, we will likely be full a lot of the time,” said Tomney. “However, this purpose-built facility and the resources that we are able to raise both from government and the community will allow us to expand our outreach services.”