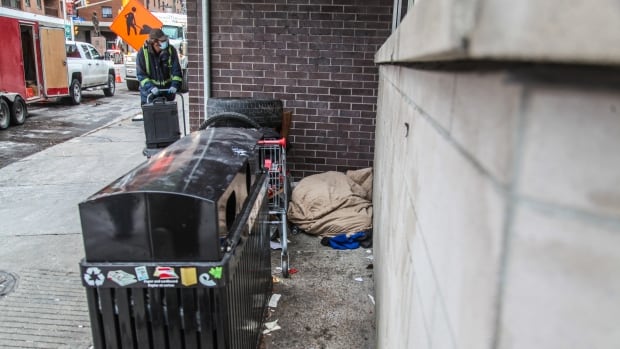 Social agencies that help homeless youth in Ottawa say the combined pressures of the pandemic and inflation are causing a surge in demand for services.

Operation Come Home, which works to divert youth out of homelessness by offering a drop-in on weekday mornings, as well as employment and housing programs, says demand is up 33 per cent across the board over last year.

By August, the organization said it had blown past its projected demand for service for the whole year.

Executive director John Heckbert said it’s “ringing the alarm bell” about the dire need for “deeply affordable” housing — meaning rent set at 30 per cent of total income. (For a single person receiving $672 per month through the Ontario Disability Support Program (ODSP), a “deeply affordable” monthly rent would be about $200.)

One theory about the spike in demand is that the tendency of the pandemic to amplify conflict and mental stress at home has caused more youths to leave, Heckbert said.

Professor Jacqueline Kennelly at Carleton University’s Center for Urban Youth Research added that some youths — especially young men who are the children of single mothers — sometimes leave for altruistic reasons.

“They don’t want to add more to their mother’s or parents’ challenges financially, and then they try and strike out on their own,” Kennelly said.

If the picture painted by Heckbert and Kennelly is accurate, 22-year-old Kage is a textbook example.

Conflicts between his mother and her violent boyfriends made home a dangerous place, he said, and when he was 16 his mother lost a job at Tim Horton’s, then another at a college cafeteria, creating financial instability.

He has tried to avoid shelters, and even with temperatures plunging he’s been sleeping outside these days in what he describes as a “cubby hole” adjacent to a downtown church.

“I have a sleeping bag and a blanket, so I have extra padding for extra warmth. It’s not fun, but it’s not exactly the worst thing in the world,” he said.

Earlier this week Kage and his friend Jared were sharing cannabis and a box of Ritz crackers a little ways from a drop-in at Operation Come Home’s Gloucester Street building.

CBC is holding both of their last names due to privacy concerns.

Jared said a long-simmering feud with his brother exploded into a fight that left the 24-year-old with a brain injury. He’s supposed to be living with support because of his disability, but most days that job falls to Kage.

The Youth Services Bureau’s director of community services, Darren Graham, is also calling for affordable housing geared to 30 per cent of income.

On any given day, some 30 young people will turn up at the bureau looking for cheaper accommodation that simply isn’t available, Graham said.

The cold weather and snow has caused many homeless to abandon tents and scattered encampments around the city.

And Heckbert, Kennelly and Graham say the youth homelessness situation is about to get worse.

For Kage, the options are few.

His current long-term plan is to set aside two months of ODSP payments, then find an apartment where he can cover the first and last month’s rent.

He also plans to use a support worker’s identity, “because nobody wants to actually let people on disability into their homes anymore,” he explained.