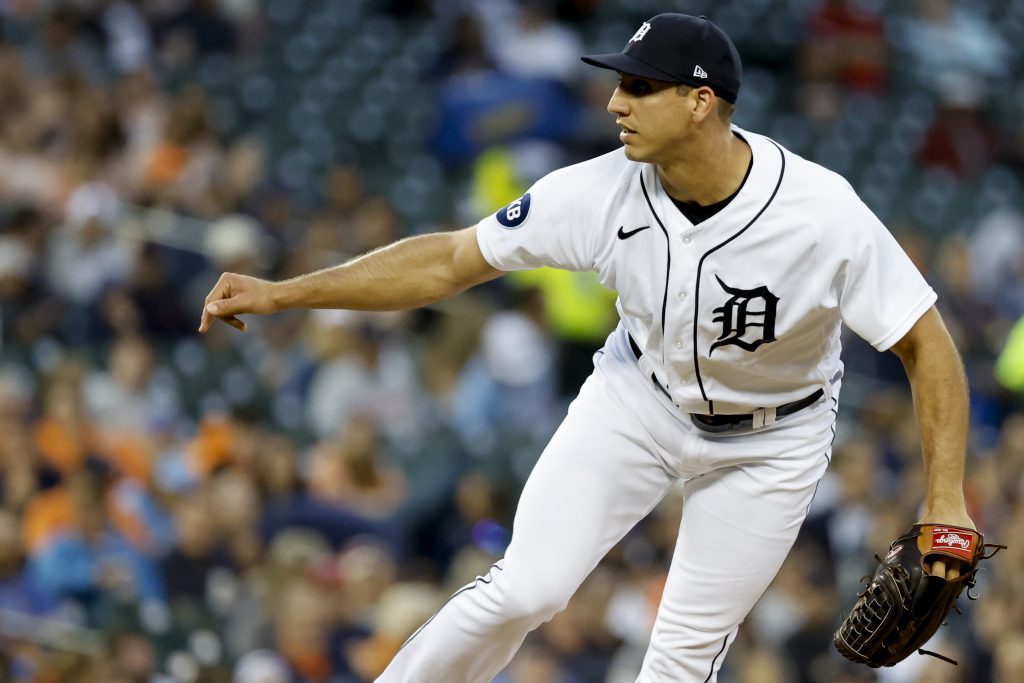 The Yankees announced they’ve selected reliever Jacob Barnes onto the major league roster. In a corresponding move, veteran southpaw Zack Britton has been placed on the 60-day injured list. His season is over after he left last night’s appearance with shoulder fatigue.

Barnes cracks a major league roster with a third different team of the 2022 campaign. The 32-year-old broke camp with the Tigers and pitched in 22 games, working to a 6.10 ERA through 20 2/3 innings. Barnes only struck out 11.2% of batters faced on a personal-worst 7.7% swinging strike percentage. Barnes did induce ground-balls at a career-best 51.5% clip, but the lack of swing-and-miss led the Tigers to designate him for assignment in June.

While Barnes hasn’t had much major league success this season, he’s pitched 18 innings of 2.00 ERA ball at the Triple-A level. Barnes has punched out 32.9% of opponents there against a 9.2% walk rate, and he’s missed plenty of bats at the big league level in years past. He punched out upwards of 30% of opponents with the Angels in 2020 and had an above-average 25.8% strikeout rate as recently as last season.

Because Barnes was in the organization by August 31, he’d be eligible for the Yankees postseason roster. He wasn’t on the 40-man roster at the end of August, but New York can still petition the commissioner’s office for him to be playoff-eligible as an injury replacement for Britton. Injury exemptions are a common occurrence each season, so the Yankees shouldn’t have an issue carrying Barnes for the playoffs if they desire. Now that he’s back on a 40-man roster, Barnes is technically arbitration-eligible for next season, but it’s probable the Yankees will take him off the roster at the end of the year and allow him to hit minor league free agency.

It seems unlikely they’d carry Barnes given his struggles at the big league level this year, but the Yankees pitching staff is navigating a number of injuries. Closer Clay Holmes has a shoulder strain, manager Aaron Boone revealed last night. New York won’t place him on the injured list and rule him out as an option for the AL Division Series, but he’s not expected to pitch again in the regular season. Bryan Hoch of MLB.com relays that the Yankees are hopeful Holmes will be ready for the start of the ALDS, but it’s hard to know for sure whether that’ll be the case.

Meanwhile, trade deadline acquisition Frankie Montas doesn’t look as if he’ll be an option for the ALDS. New York placed Montas on the IL with shoulder inflammation two weeks ago, and Boone said this morning that it appears he won’t be ready for the Division Series (hoch link). Montas is playing catch today and the Yankees haven’t officially ruled him out for the ALDS, but Boone suggested it’s more likely he’d return as a relief option for the ALCS if the Yankees qualify.

Britton is certainly no longer a playoff option, with the 60-day IL placement ending his year. It could bring an unceremonious end to his four-plus year tenure as a Yankee. Acquired from the Orioles midway through the 2018 campaign, Britton was an elite late-game weapon for his first few seasons in the Bronx. He pitched to a 2.14 ERA over 105 1/3 innings through the end of the 2020 season, including grounders at an incredible 76.3% clip. The Yankees preemptively exercised a $14MM option on his services for 2022 at the end of that year to prevent Britton from triggering an opt-out that’d have allowed him to test free agency.

While an understandable move at the time, that decision proved very regrettable in hindsight. Britton was tagged for a 5.89 ERA in 18 1/3 frames last season, battling injury issues throughout the year. He eventually underwent Tommy John surgery last September, an issue that kept him on the injured list until last week. Britton made it back on September 22 and made three appearances, but he walked six of the nine batters he faced before yesterday’s injury.

Britton will hit the open market this winter coming off two virtually lost seasons. His fastball velocity was down in his very brief look this month, and he obviously battled extreme rust from a strike-throwing perspective. The 34-year-old hasn’t seemed fully healthy for two years, which’ll obviously deal a hit to his market value.