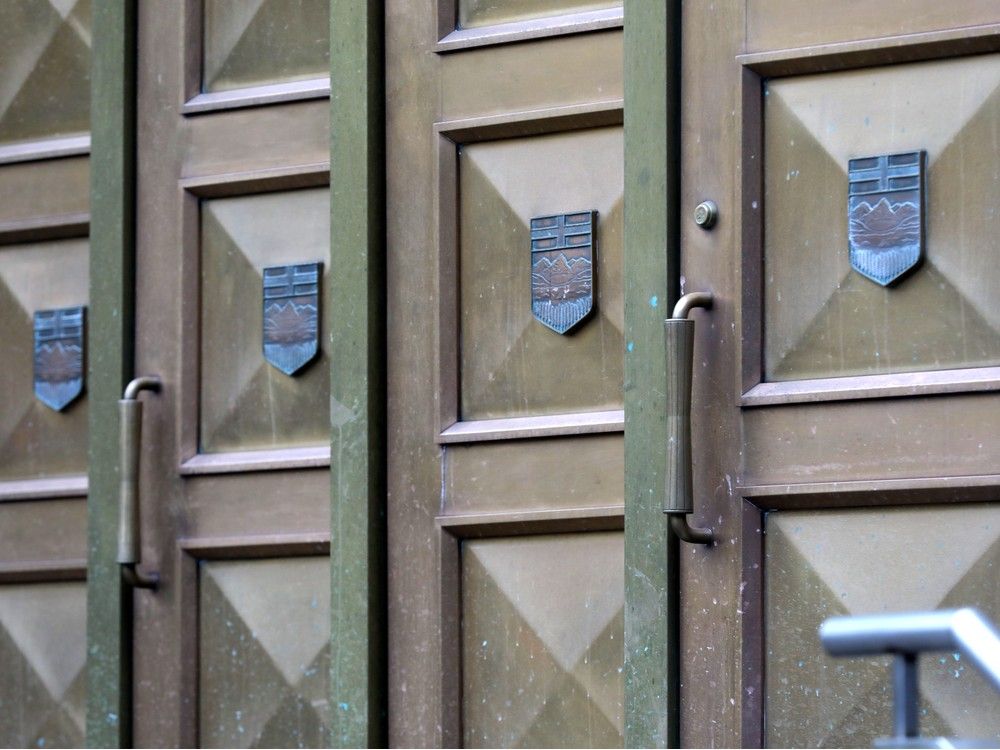 Human-trafficking suspect Lawrence Orubor headed a street gang called The Family, a witness who said he put her into the sex trade testedified Wednesday.

The woman, who can’t be identified, told court she was taken into the group in 2020 and forced to sell drugs in a tent city developed around the downtown Calgary Drop-In Centre.

“Were there any particular people you were selling drugs for?” Crown prosecutor Vicki Faulkner asked the witness.

“What Was The Family?” the prosecutor asked.

Orubor and co-accused Shakir Jamal are on trial in the Calgary Court of King’s Bench on human trafficking-related charges.

The 31-year-old witness said she was homeless and living in Calgary during the summer and fall of 2020.

“I was staying all over,” she said, locations which included at the Drop-In Center.

She said she was regularly consuming methamphetamine and selling drugs for the gang, which consisted of about 30-40 people living in tents set up near the homeless shelter.

“Besides the girls, were you assaulted by anyone else?” Faulkner asked.

She said Orubor repeatedly punched her “because I lost money,” leaving her bruised.

The witness went home to northern Saskatchewan for Thanksgiving in 2020 but returned to Calgary and resumed working for the group.

“When you came back after the Thanksgiving weekend, what work were you doing for The Family?” Faulkner inquires.

“I was selling myself.”

“Does that mean working for the sex trade?”

She said she was put up in an Airbnb, an apartment and finally a home in Forest Lawn, and co-accused Jamal was tasked with taking care of the girls.

But Orubor was the boss of the organization, she said.

“The money that you earned from working in the sex trade, where would that go?” Faulkner asked.

“To Lawrence,” the witness replied.

“And why would it go to Lawrence?”

“Because he was my boss,” she said.