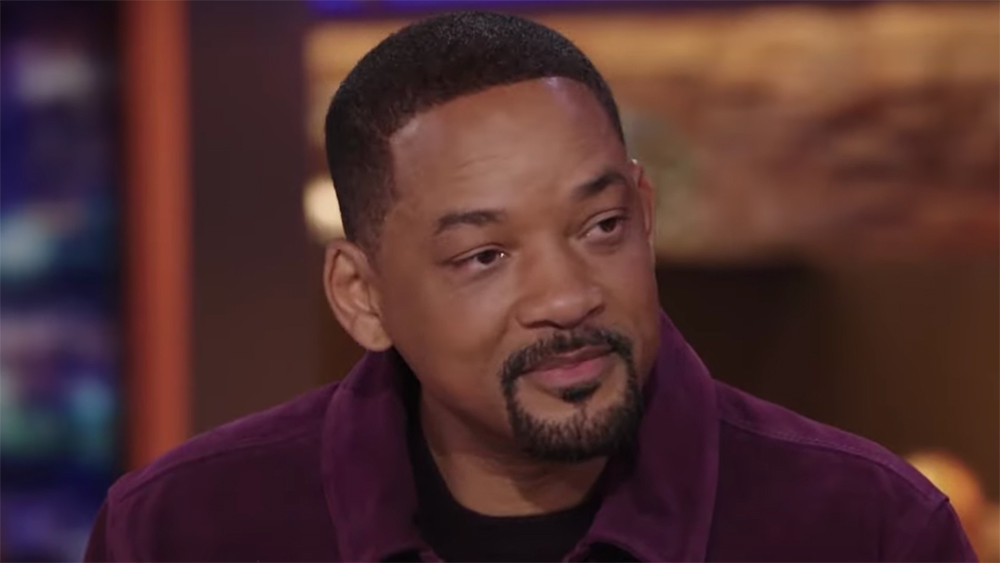 After a series of online statements and quiet public appearances over recent months, Will Smith took further steps back into the spotlight Monday evening, appearing for an interview on “The Daily Show With Trevor Noah.” Promoting his new historical drama “Emancipation,” Smith’s conversation with the late-night host naturally dug into his Oscars night controversy, in which he slapped Chris Rock onstage as the comedian was introducing the category of best documentary feature.

“I have been away,” Will Smith said, drawing a laugh from the crowd when the topic of his absence from the public eye came up. “What have y’all been doing?”

“That was a horrific night, as you can imagine. There’s many nuances and complexities to it. But at the end of the day, I just — I lost it, you know?” Smith continued. “I was going through something that night, you know? Not that that justifies my behavior at all… It was a lot of things. It was the little boy that watched his father beat up his mother, you know? All of that just bubbled up in that moment. That’s not who I want to be.”

Noah interpreted, offering his own perspective on the situation and recalling the discussions about the controversy that he had with peers.

“I love Chris. I’m friends with him. I love you, but this is fucked up… I know that as Black people, Black people get together and go, ‘What was Will doing? What the hell happened?’ A lot of Black people were like, ‘He should go to jail.’ Like, you need to relax yourself,” Noah said, earning a laugh from Smith. “Some people were overreacting, which made some people underreact.”

Smith shared an anecdote from the aftermath on Oscars evening, when he was already having to deal with the reverberations of his outburst in his private life.

“I was gone. That was a craze that had been bottled for a really long time,” Smith said, “My nephew is nine. He’s the sweetest little boy. We came home. He had stayed up late to see his uncle Will and we are sitting in my kitchen and he is on my lap and he is holding the Oscar and he is just like, ‘Why did you hit that man, Uncle Will?’ Damn it. Why are you trying to Oprah me?”

Smith also discussed “Emancipation,” sharing the decision-making that led him to the project. Based on true events, the film stars Smith as a runaway slave who becomes known to the world as “Whipped Peter” after widely distributed photographs of keloid scarring on his back expose the extreme brutality of slavery.

“First seeing that image was one of the things that really got me excited to explore this, because you see the image, but you don’t know who he is. You don’t know what the story is,” Smith said. “American slavery was one of the most brutal aspects of human history… It is hard to understand the level of human cruelty. My daughter asked me, ‘Daddy, do we really need another slave movie?’ I said, ‘Daby, I promise you, I wouldn’t make a slave movie. This is a freedom movie.’”

In a recent interview with Vanity Fair, director Antoine Fuqua addressed the decision to release “Emancipation” eight months after Smith’s Oscars controversy, saying “the film to me is bigger than that moment.”

“400 years of slavery is bigger than one moment,” Fuqua stated. “My hope is that people will see it that way and watch the movie and be swept away with the great performance by Will and all the real hard work that the whole crew did.”

“Emancipation” will debut in select theaters this Friday before premiering on Apple TV+ on Dec. 9.