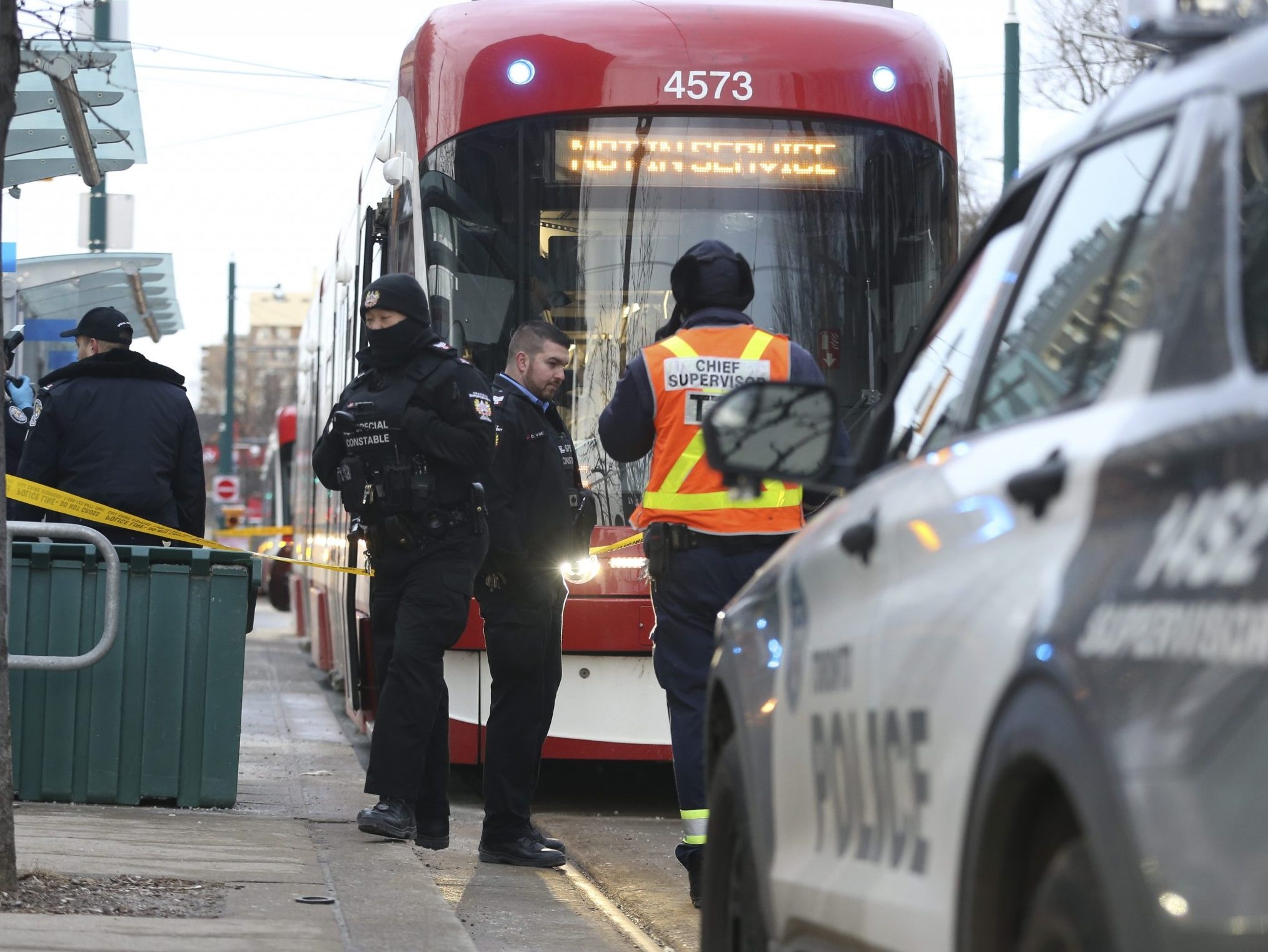 You couldn’t make a horror movie as terrifying as what happens every day on the TTC — or as gross.

This deadly terror show sees people shot, pushed on the tracks, stabbed, set on fire, sexually assaulted and chased with syringes. Just one day after a 23-year-old woman was stabbed on a bus, a 16-year-old boy was stabbed Wednesday and rushed to hospital in serious condition.

It’s a real life nightmare. It’s out of control.

The TTC has become an underground city where anything goes. It has become a free shelter with a supply of drugs and booze.

No wonder so many people have moved in.

With the blizzard, even more were expected Wednesday night. It’s so easy to check-in. Some ride the Spadina streetcar south along Queen’s Quay, where it goes into a tunnel to Union Station.

They don’t come back out until morning.

“We lock the doors at 11 pm, but many are already in to stay warm,” Leary said.

It’s the same at the Spadina subway station, where a camp exists on the platform at night. The TTC has empathy but is not equipped, or trained, to deal with dangerous people roaming around.

“We are a transit agency which focuses on getting people to their destination safely and on time,” Leary said.

He knows the TTC has now become a de facto shelter system for the homeless and drug addicted, where the rules applied to those who pay fares are not followed by those who call Toronto’s transit system home without paying a cent. They get on a streetcar during the day and pass the time on a bus or on a subway, then tuck themselves in on a platform.

People wonder why there are so many incidents on the TTC. The reason is people with no address, who have dependency problems or suffer from mental-health issues.

“It doesn’t surprise me there are 40 homeless people living inside TTC stations. That’s Trudeau’s economy. He has created poverty and desperation that would have been unimaginable a decade ago, and he has normalized it. And if people speak out, he calls them horrible names and threatens to censor them.”

With thousands coming into the city every year, it’s only a matter of time before Toronto looks like Vancouver, Los Angeles or Paris, where lawless villages of vagrants get bigger every year.

Leary said Toronto’s streets-to-homes professionals have been assisting platform dwellers to find proper housing. However, with people being taken out by ambulance day after day, it’s obvious a tougher approach is needed.

Someone has to say it.

Subway platforms are not hostels. Anyone who sleeps or services a habit on the TTC should be kicked out of the system.

There will be more blood spilled if Toronto doesn’t take back the TTC now.