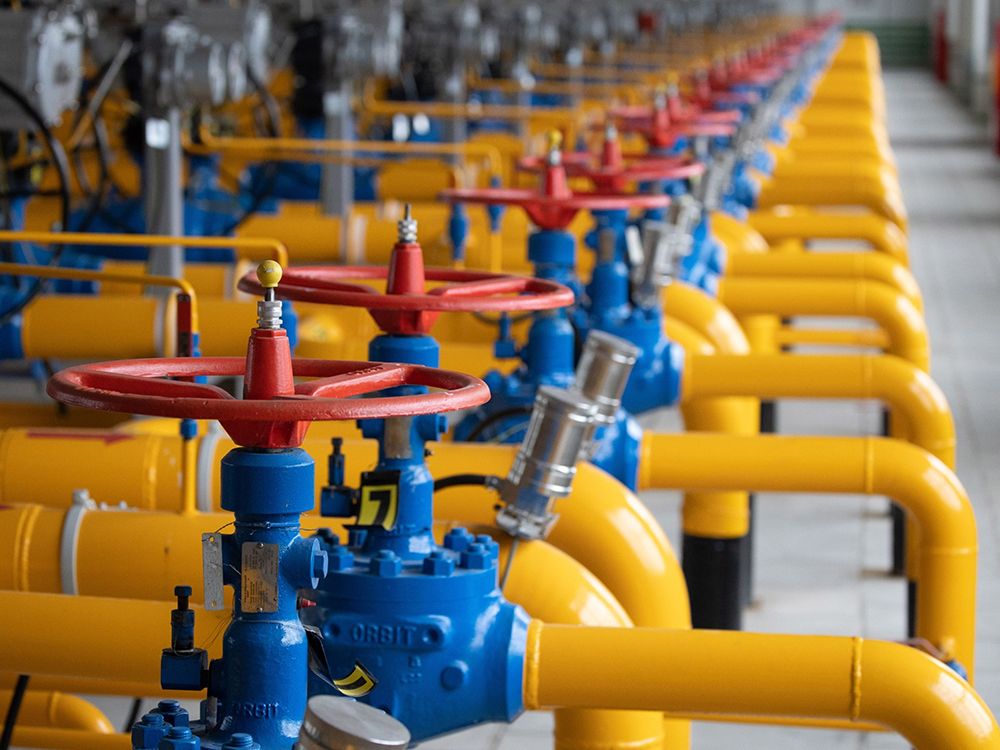 The war in Ukraine and an energy crisis in Europe have reshaped the geopolitics of oil and gas and cast a long shadow across the world.

With Russia’s invasion of Ukraine flailing and Vladimir Putin mobilizing more troops, the war has shifted, while Moscow has “overplayed its energy card,” said Kurt Volker, the former United States ambassador to NATO.

“It’s not over yet. We see an end in sight, but it’s not there yet,” Volker told the Global Business Forum in Banff on Friday.

“The tide of the war now is decisively with Ukraine setting the terms and the tone, advancing slowly…. This war probably continues well into next year, but it becomes decisively against Russia.”

Putin sent troops into Ukraine in February, leading to the biggest military conflict in Europe — and the largest displacement of people on the continent — since the Second World War. Fighting continues with gains being made by Ukrainian forces this month in the Kharkiv region of the country.

Earlier this week, Moscow announced plans to mobilize 300,000 military reservists. It also began holding referendums Friday in occupied parts of Ukraine about becoming part of Russia, a move denounced by Volker as a sham.

Russia’s president also threatened again to use nuclear weapons if his country’s territorial integrity is imperilled, something Volker called “a fairly large bluff,” but one that must be carefully watched.

“I don’t believe that is likely, but he is kind of reaching for the last things in his drawer,” Volker, who also served as US special representative for Ukraine from 2017 until 2019, said during an online presentation.

“The Ukrainians will make steady gains, but something’s going to snap on the Russian side. We don’t know quite what it is, or when it is, or what it’ll look like. But they are in an untenable position now where Putin has no way back.”

One of the cards that Russia, the world’s largest exporter of oil and gas before the war, has played in recent months involves its vast supplies of energy.

Putin has turned down the taps on natural gas exports to Europe, while western countries — including Canada — have imposed bans on Russian oil.

EU members are searching for other sources of energy and are reducing consumption while prices soar.

“Russia has already overplayed its energy card now,” added Volker, noting Germany has contracted LNG supplies and is keeping some nuclear plants that were planned for shutdown connected to the grid.

“It will be an expensive winter for Europe, but it’s not going to be one of privation and I think that they will get through this. And this marks the high point of Russia’s ability to use energy as leverage. Going forward, the trend will be towards less and less reliance on Russian oil and gas.”

At the two-day Global Business Forum, the war in Ukraine loomed as a key theme throughout the summit.

Ivo Daalder, president of the Chicago Council on Global Affairs, called the conflict a “galvanizing moment” for the West.

Allied countries have responded by imposing crippling sanctions on Russia’s economy and providing aid to Ukraine. The war has also strengthened NATO, which will bring Finland and Sweden into the alliance, noted Daalder, who served as US ambassador to NATO from 2009 until 2013.

And it has permanently altered the energy flow between Russia and the West.

Countries such as Germany and Italy that relied on its gas are feeling the squeeze from a growing energy crisis, but the era of Europe’s reliance on Moscow is “totally gone,” he said in an interview.

“We are going to end any idea that our dependence on Russia energy is acceptable,” Daalder said.

“If you can get that from your friends, rather than countries you may not depend on, that’s a good thing. So, there is an opportunity here for the United States, which is increasing its LNG exports tremendously, and an opportunity for Canada to be a source of supply that can be counted on.”

The Trudeau government has said Canada could pump out an additional 300,000 barrels of oil equivalent by the end of the year to help its allies.

Yet, with no liquefied natural gas plants ready to ship gas abroad, and a limited ability to increase oil exports immediately, there’s not much more Canada can do in the short term.

But it needs to plan for the long run.

“We have to lift our heads up and look at our allies and our friends and make sure we help them out through this.…because this is not a five-year period — this is here for the next 10, 20, 50 years, noted former Suncor Energy CEO Steve Williams.

To help out other countries, Canada will need to get the policy mix right, balancing decarbonization initiatives with the need for additional energy infrastructure.

Perrin Beatty, president of the Canadian Chamber of Commerce and a former national defense minister, said the country can help produce additional fuel, food and fertilizer for the world.

“We have both an obligation and an opportunity here to play a major role and to demonstrate international leadership in a way that we haven’t seen in recent years,” Beatty said.

“This could be Canada’s moment.”