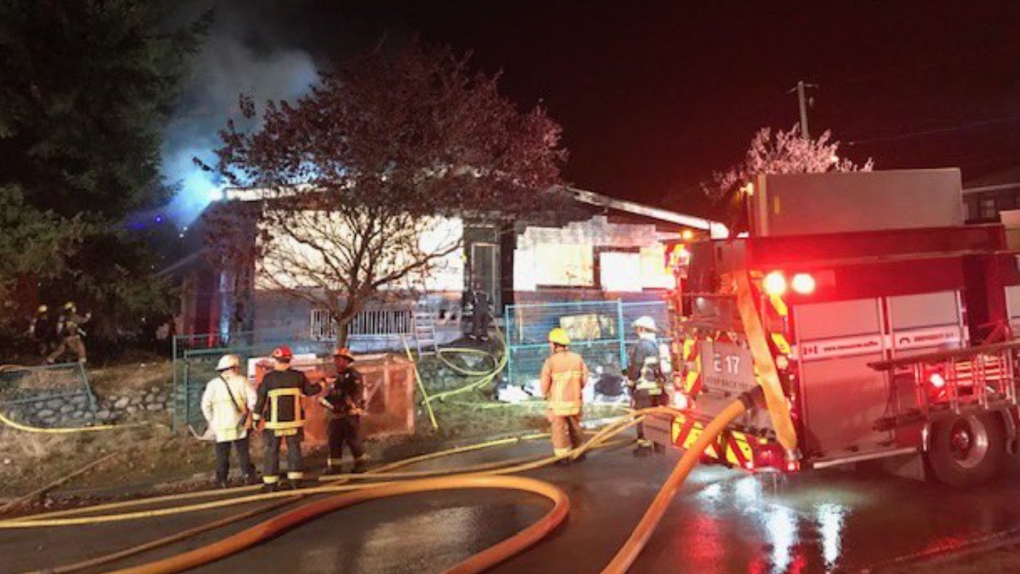 Vancouver firefighters are sounding the alarm about a lack of resources to address the city’s growing demands for emergency services.

According to IAFF18, Vancouver Fire and Rescue Services responded to more than 65,000 calls last year—including 7,000 related to overdoses—representing an 18 per cent increase in demands since 2018.

“AKA a big problem,” IAFF18, wrote online. “The City’s needs have exploded, and the bottom line is that we need 55 more firefighters this year to serve you safely.”

That’s nearly the number of VFRS members that responded to Wednesday’s fire in the Strathcona neighbourhood. Fortunately, no one was hurt in the blaze, but a total of three houses were destroyed.

The union voiced concern for Vancouver’s most vulnerable neighbourhoods, where the fire department is seeing “a huge uptick in need.”

“The volume of fires and red and purple calls was nearly untenable, and neither the member of these communities nor our members can hold on forever,” Vancouver firefighters wrote, referring to the most serious codes for life-threatening emergencies.

The City’s needs have exploded, and the bottom line is that we need 55 more fire fighters this year to serve you safely. (2/5)

Both the municipal and provincial governments are facing calls to invest in Vancouver Fire and Rescue Services further.

“This is the year where we really no to see the investments happened,” IAFF18 wrote.

Significant staffing shortages are hurting emergency services province-wide. In December, the union representing BC paramedics reported nearly half of emergency vehicles in the Lower Mainland were out of service.

According to BC Emergency Health Services, 911 dispatchers received 688,390 medical emergency calls in 2022.