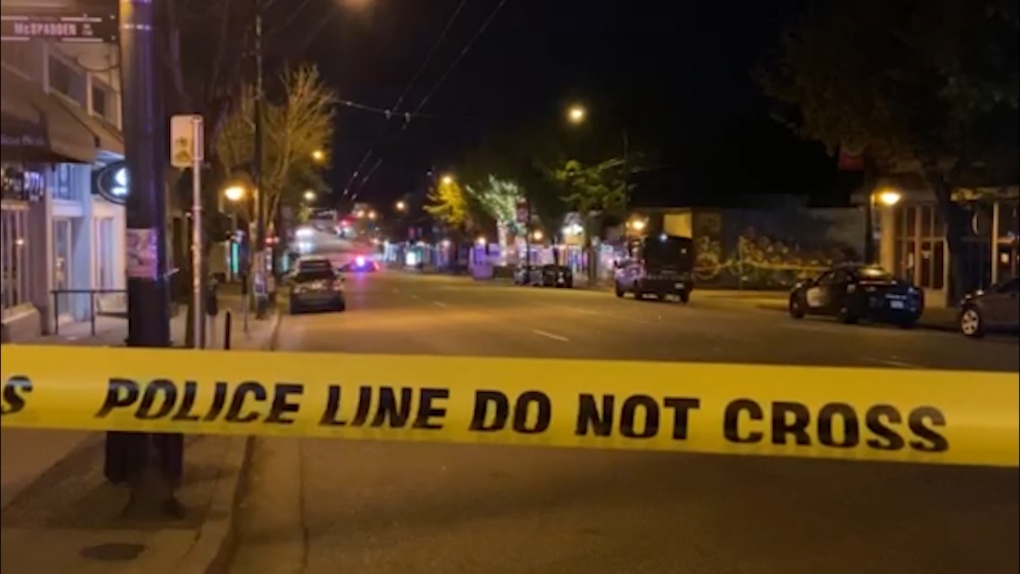 Vancouver police say stranger attacks happen at a rate of around four per day in the city.

In recent months, violent crimes include a fatal stabbing in Yaletown, an attack on a Chinatown security guard and a machete attack that saw a woman slashed on the back of her neck. Police say each of those crimes was unprovoked.

Earlier this week, a woman was chased by a man she didn’t know while walking her dog. That woman, Myriam Denis, believes public safety is “the number one issue right now for the municipal election.”

Here’s how the city’s top mayoral candidates intend to address the issue.

Forward Together mayoral candidate and incumbent Vancouver mayor Kennedy Stewart has been relatively quiet on the topic of stranger attacks. In January, after a 22-year-old woman was grabbed by a man lunging at her, Stewart told reporters, “I do think Vancouver is safe, it’s one of the safest cities in the world.”

In August, after a man set fire to his suite on Granville street and stabbed four people, Stewart said major cities like Vancouver are “bearing the brunt” of an “under-resourced mental health and justice system,” and called for a response to the “dire need” for improved mental health services.

This week, Stewart announced plans for a new, frontline wellness service, if he’s re-elected. According to a release from his party, Forward Together, the Health and Addictions Response Team (HART) would feature a team of 25 unarmed staff members “to provide non-emergency mental health and addictions interventions and assistance” through the 311 hotline.

“Say you’re a business owner or you’re a young retail clerk and you come in to open your store and there’s folks sleeping in the doorway – you’re calling 911 and asking for police. We want folks in the future to call 311,” Stewart said.

“And the scary part isn’t just the random assaults, it’s the fact that no one even flinches when we bring that up anymore, it’s become normalized in our city,” Sim said.

If elected mayor, with a majority on council, Sim said his first move would be to ask the Vancouver Police Department to hire 100 additional police officers and 100 mental health nurses.

“We see the issue and we’re throwing resources at it,” Sim said. Though it’s unclear where the funding will come from.

Current city councilor Colleen Hardwich is the mayoral candidate for TEAM for a Liveable Vancouver, whose plan for homelessness and public safety centers around conducting a full review of how services operate on the Downtown Eastside.

In a campaign video posted to Facebook, TEAM council candidate Bill Tieleman said, “TEAM would look for a DTES commissioner to pull all the services together, look at all the money we’re spending and audit it. We are wasting a lot of money and not solving the problem, it just gets worse and worse.”

Mark Marissen with Progress Vancouver outlined his public safety plan in a series of tweets on Wednesday.

His proposals include lobbying for justice reform by “working with (the) BC government to keep prolific offenders off our streets,” and “Demanding the federal government increase penalties for random unprovoked stranger attacks.”

“If we’re serious about preventing these attacks we need to find a way to work with senior levels of government to end the catch and release of dangerous offenders,” Marissen told CTV News on Wednesday. “People should have a right to feel safe in our city.”

The provincial government has, in fact, been working on these issues. On Wednesday the province released a sweeping set of recommendations meant to address the “public safety challenges” of repeat offenders and random violence in BC

NPA mayoral candidate Fred Harding stepped into the race less than a month ago after previous candidate, John Coupar, pulled out.

In a campaign video posted to Facebook, Harding said, “I’m running for mayor of Vancouver because we have a public safety crisis in our city, our entire NPA team has a vested interest in making sure that our citizens are safe.”

Some of the promises made by the NPA regarding public safety include:

Voters across the province head to the polls on Oct. 15.