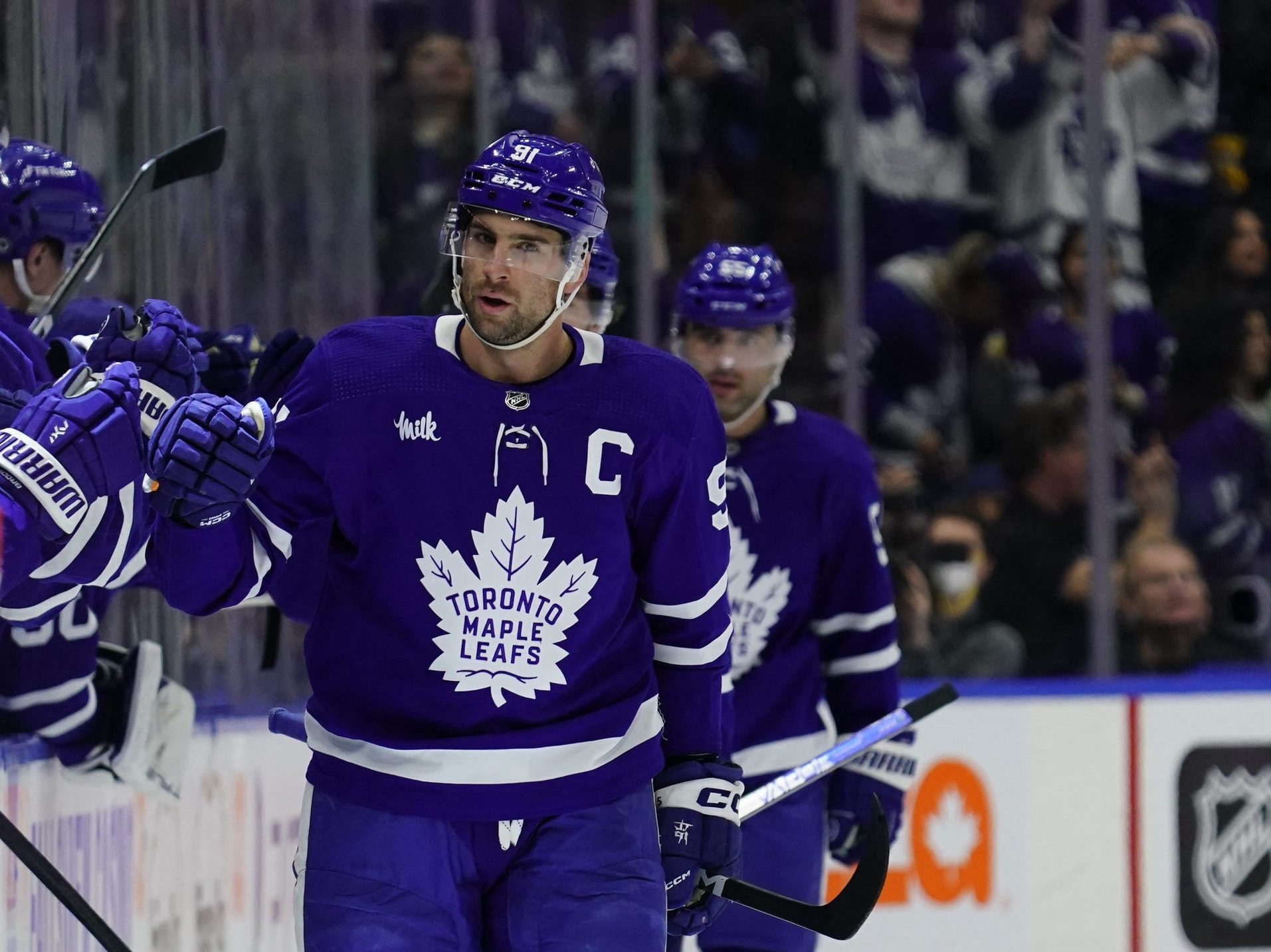 Sam Gagner has been watching it on a loop for decades.

Gagner’s good pal, Maple Leafs captain John Tavares, has spent his National Hockey League career adapting and excelling to the point that Tavares continues to make a pivotal impact as he approaches 1,000 games in the NHL.

It has been 18 years since Gagner and Tavares were teammates with the Junior A Milton Icehawks. During that 2004-05 season, they were stars with the triple-A minor midget Toronto Marlboros and got the opportunity to play with Milton. Tavares was 14 at the time, Gagner 15.

“His high hockey IQ allows him to adjust,” Gagner, now with the Winnipeg Jets, said during a recent stop in Toronto.

“There was always this talk about us playing junior and people saying, ‘Well, he’s not a good-enough skater to play against 20-year-olds, and the pace is really high.’

“He gets there and suddenly he is a little faster, he picks up his pace a little bit more.

“You see it in the NHL. He finds ways to produce because of his brain. He is a diligent worker. He’s going to keep going.”

Now, as Tavares shines in his fifth season with the Leafs after signing a seven-year contract in 2018, it’s not uncommon to arrive at the club’s facility in Etobicoke and see him doing pre-practice drills with Paul Matheson, one of the team’s skating consultants.

As much as he was a superstar in the Ontario Hockey League with the Oshawa Generals and London Knights before he was picked first overall in the 2009 NHL draft by the New York Islanders, Tavares never has taken for granted his time in the NHL.

Tavares had 47 points in the Leafs’ first 48 games before the match against the New York Rangers on Wednesday, and as long as he keeps his health for the next few days through the home game versus Ottawa on Friday, Tavares will skate in his 1,000 th NHL game on Sunday when the Leafs play host to the Washington Capitals. Less than 400 players have reached the milestone.

Tavares’ work with Matheson, and previously some 15 years with Dawn Braid, has helped him maintain a footing in an area that has required work on his part. When Tavares’ skating has needed another element or two, the 32-year-old center has made the growth.

That has been a benefit in helping him maintain his offensive skills. Tavares had 942 career points prior to Wednesday.

“I try to be a little bit more efficient and a little bit lighter on my feet,” Tavares said. “Use the strength and power that I do have, that I know that I have, and continue to generate momentum in my game and highlight those strengths.

“That was a big focal point off the ice as well (last summer), was working on those things and then translating that to being a little lighter, a little quicker, trying to be on top of the ice. We talked a lot about posture as well. Those things have come together and it’s important I continue to work on those.”

“Paul has come in and taken a detailed and progressive approach that I think John has really latched on to,” Keefe said. “John stayed diligent with it and on top of it, and I have definitely seen an improvement.”

Tavares’ determination to reshape and expand his talent has brought another level of respect from his teammates.

“He works extremely hard at that,” defenseman Morgan Rielly said.

“He works hard to add to his game, add skills and keep working with what he has. He always finds a way to produce and be involved and this year he has been great. That ability to continuously adapt and add to your game is impressive.”

Matt Martin, an Islanders teammate of Tavares for seven years, saw it in another way.

“I remember on the power play, he was the net-front guy, he was a half-wall guy, whatever was asked of him, he’s going to master it,” Martin said. “I don’t think all stars are willing to adapt that way. They want to be where they want to be and they’re good with that. But he consistently tries to improve, and he will do his best to be the most effective wherever he is.”

Tavares was asked the other day, as he closes in on 1,000 NHL games, whether he thinks he still has a lot left in the tank.

Considering Tavares’ resolve, it would be foolish to think otherwise.

“He has had an amazing career,” said Gagner, who recently played in his 1,000th NHL game. “Growing up with him and seeing the challenges he has had, he gets better. It has been a lot of fun to watch and I’m excited for him to hit the milestone.”