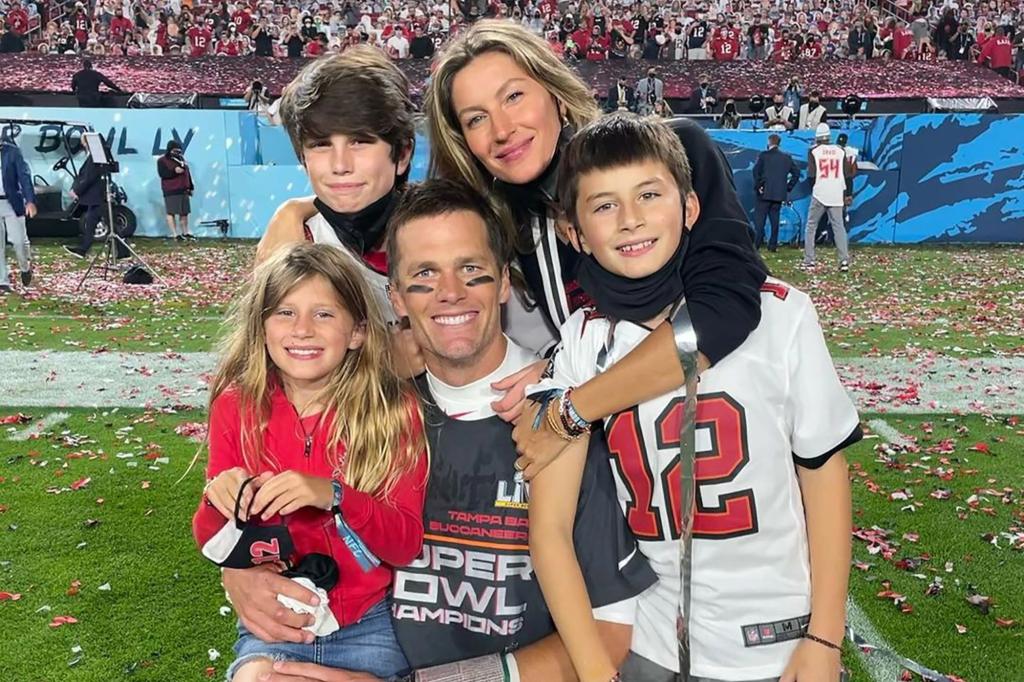 Tom Brady and Gisele Bündchen packed up their things and left their Tampa Bay home with their children as Hurricane Ian continues to gain traction.

The pair, who have been plagued with rumors of marital woes in recent weeks, headed for their Miami home, an insider told People Tuesday.

The Tampa Bay Buccaneers quarterback, 45, and Brazilian supermodel, 42, made the quick move with son Benjamin, 12, and daughter Vivian, 9. Joining them was Brady’s son John Edward Thomas Moynahan, whom he shares with actress Bridget Moynahan.

It came just hours after the Tampa Bay Buccaneers announced they were evacuating to the Miami area as the storm approaches.

The team said it will practice at the Miami Dolphins’ facility ahead of their face-off with the Kansas City Chiefs on Sunday.

“The Tampa Bay Buccaneers have made contingency plans for this week’s preparations for Sunday’s game against the Kansas City Chiefs,” the team said in a statement.

“The Buccaneers are expected to practice at the Miami Dolphins’ Baptist Health Training Complex in Miami Gardens, Florida, starting on Wednesday, through the end of Week 4 preparations, if necessary. The Dolphins play at Cincinnati in Week Four and would be finished with their on-field preparations by Wednesday morning.”

The team said Sunday’s game is still expected to go ahead at this time.

“The NFL, in consultation with team and local officials, will continue to monitor the situation,” the statement concluded.

“This is a little different for me. I’ve never had to deal with anything like this. We had COVID for a couple of years and now with this seems like a pretty intense hurricane coming our way,” he said.

“I don’t think Tampa’s probably, I don’t think any place is very well suited for a hurricane to hit, but everyone in this area will be in our thoughts and prayers as we go through it. I know our team is going to have to adjust, go to Miami and practice there for the week, and then hopefully we can come back later in the week and play against the Chiefs Sunday night.”

He continued, “I don’t think that anyone’s really prepared for this. I know I’ve been preparing all morning and get all my stuff outside, try to put it inside, try to get all the stuff on the ground level up a little bit higher.