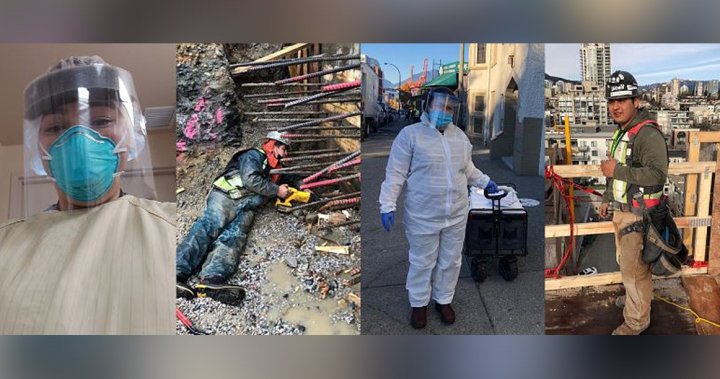 A family living in BC for five years faces deportation to Mexico, but has received support to stay in the province.

Thousands of Christmas cards written in support of the Bazan family have arrived at the St. James Anglican Church in downtown Vancouver.

The church held an event Saturday, where they are sending all the letters of support to Sean Fraser, Canada’s minister of immigration, refugees and citizenship.

“We came as refugees,” said Claudia Zamorano. “Right now, we are holding this event to try and get the minister’s attention, and if possible, to try and stop our deportation until we get our answer for our (permanent resident applications).”

Leticia Baxan Porto, her sons Andres Bazan, Isaias Bazan, her daughter-in-law Claudia Zamorano and her nine-year-old granddaughter face deportation on Dec. 19, even though their application for permanent residence on humanitarian and compassionate grounds is still in processing.

Despite messages of support from BC’s health minister, the Hospital Employees’ Union and over 1,600 people, the Canada Border Services Agency has refused to defer their removal until the application can be processed, the family said.

Zamorano has been working as a health worker at Royal Columbian Hospital for over two years, Leticia has been volunteering in Vancouver’s Downtown Eastside and Isaias and Andres have been working as carpenters.

“We have our life here,” said Zamorano. “We’ve met friends and they have become family.”

The family is being supported by Sanctuary Health, a grassroots community group that advocates for immigrants in the community, as well as Watari Counseling and Support Services Society.

“The family’s lawyer provided a 945-page request to the Canada Border Services Agency asking that their removal be deferred until a decision on their application for permanent residence could be made,” Sanctuary Health staff said in a release.

“This would allow the family to continue their life in Canada while they wait for this decision. The CBSA refused the request in less than 24 hours. Meanwhile, the family has been waiting for a decision on their application for permanent residence for over a year.”

“Canada should uphold their reputation of being welcoming to refugees and migrants and keep Lety and her family here,” said Ingrid Mendez, executive director of Watari Counseling & Support Services Society.

“Every single day, Lety offers her skills, gifts, and time to make dignified and healthy food for the community. She spends her time making sure people are safe, having their basic needs met. How can she be disregarded and disposed of so easily?”

Sanctuary Health said thousands of letters have come in from across the province, and many emails have also flooded in from across Canada in support of the family.

Global News has reached out to Immigration, Refugees and Citizenship Canada for comment.