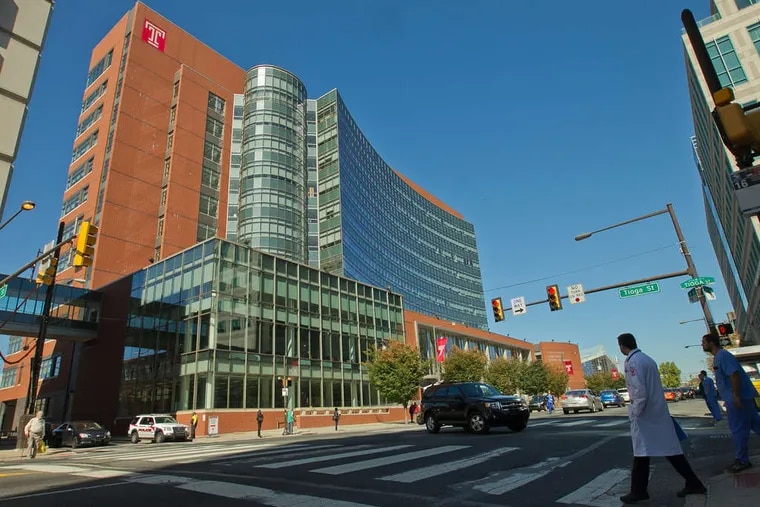 In search of cures for human heart disease, Steven Houser directed his Temple University lab to induce heart attacks in animals with similar-size organs: pigs. The scientist judged the results to be so promising that samples from the pig hearts were secured in a subzero freezer, in boxes labeled with secret codes.

But when a colleague wanted some of the samples for his own experiments, Houser’s graduate student handed them over.

The dispute is now the subject of a federal lawsuit, compounded by an investigation into possible misconduct on more than a dozen studies by scientists at the North Philadelphia institution. At the root lie professional pride and animosity between two prominent researchers — Feldman, a former dean of Temple’s medical school, and Houser, a past president of the American Heart Association.

On Tuesday, a New Jersey firm said it had agreed to buy Renovacor in a deal worth $53 million.

At issue is one of the most vexing challenges in medicine: unlike other muscles in the human body, the heart cannot repair itself by growing new cells. As a result, many victims of heart attacks, though they survive the initial crisis, go on to develop heart failure, a leading cause of death and disability in the US

For years, scientists tried to tackle this problem with stem cells, but some early signs of promise have turned out to be illusory. In April 2017, a Harvard-affiliated health system agreed to pay the US government $10 million to settle allegations of fraud against Piero Anversa, a former researcher there who was accused of falsifying his stem-cell results.

Harvard investigated at least 30 studies conducted by Anversa and/or his colleagues, some of them from other institutions. Houser was the senior author of one of the papers, from 2010.

At issue was an image of mouse heart cells that looked to the Harvard officials as if it might have been fabricated, according to Houser’s lawsuit. Houser said he did nothing wrong, and that the image was not central to the study conclusions. Yet upon learning of the concern, he and colleagues performed a new set of experiments, the images from which were accepted and published by the journal, Circulation Research.

In 2019, Temple officials then told Houser they were launching their own inquiry into the work, which still has not been resolved, according to court records. And the following year, the school notified Houser it was investigating potential misconduct on an additional series of papers on which he was an author, this time at the request of federal officials.

The allegations generally involved similar concerns — images that appeared to be fabricated or duplicated, giving the impression that a drug was working when it was not. The issues were raised first on pubpeer.com, a website that allows scientists to make anonymous critiques of research, and were recently the subject of a Reuters news report.

Again, Houser says he did nothing wrong. On five of the papers, he was involved merely as an editor for a colleague who spoke English as a second language. In another paper, an incorrect figure was used due to a “clerical error,” he said in the lawsuit.

The real reason for the Temple inquiries, Houser contends, is that school officials sought to “malign” and intimidate him into dropping his complaints about the pig samples and related data, which his grad student had given to Feldman’s lab in late 2014.

In the lawsuit, Houser accused Feldman, then the dean, of deliberately misleading the graduate student into turning over the material. Houser says he never gave permission, and that he did not learn of the exchange until 2017, when Feldman published a paper relying partly on the data.

Wrong, Feldman said in his response to the lawsuit. Not only did Houser agree to share the pig material and data, but he also signed off on a related application for federal research funds. And Houser was offered the chance to purchase shares in Feldman’s start-up, Renovacor, the cardiologist said in a recent legal filing.

Houser declined the offer, and filed the lawsuit years later, only when the company appeared to show promise, Feldman alleged in his response.

“Hey thought the company would amount to nothing,” Feldman said of his longtime colleague. “Now that Renovacor has obtained capital financing, he wants another bite at the apple.”

The former graduate student who shared pig material with Feldman’s lab did not respond to messages seeking comment. Now at another institution, he is not accused in the lawsuit.

An attorney representing Feldman declined to comment on the case. Christopher Ezold, an attorney for Houser, said his client “has not engaged in scientific or other misconduct, has not falsified data, and has not participated in any bad acts with any other scientist or academic.”

Temple officials declined to comment on the lawsuit beyond what its attorneys have said in court. In a legal filing earlier this spring, the school denied any wrongdoing, and also denied that intellectual property had been “stolen” from Houser’s lab.

As for the investigation into the validity of the studies, university officials said the process was still underway.

“Temple is aware of the allegations of research misconduct and is reviewing them in accordance with university policy and applicable regulations,” officials said.

Since then, three medical journals have launched their own investigations into six studies authored by Temple heart researchers, as first reported by Reuters. Houser is among the authors for three of them, though he did not lead the research in question.

An ethics board for one of the journals, called JACC: Basic to Translational Science, has voted to retract one of the studies, citing images that appeared to have been spliced ​​or duplicated.

The parties to the lawsuit agree on one thing: Feldman omitted Houser’s name from an earlier April 2015 paper in which he included the results from additional experiments on the pig samples.

When Houser became aware of the omission two years later and complained, Feldman said it was a mistake and apologized. He asked editors at the journal, Heart Failure Reviews, if they could add Houser’s name, but they said it was too late, according to an email exchange included in court exhibits.

Told of the result, Houser responded in a March 2017 email to Feldman:

“Thanks for trying Art. I understand how this could have happened inadvertently.”

The cordiality did not last. After Houser’s name surfaced in the Harvard inquiry, Feldman repeatedly told other faculty members that Houser was at fault and spread false rumors about the ensuing Temple inquiry in 2019, Houser alleged.

Meanwhile Renovacor, the company Feldman founded, after securing the $11 million in initial financing in August 2019, prepared to go public.

That happened on Sept. 3, 2021, which Feldman marked by ringing the opening bell on the New York Stock Exchange. The stock traded as high as $10.47 per share before losing steam earlier this year, dropping below $2.

On Tuesday, when Cranbury, NJ-based Rocket Pharmaceuticals announced an agreement to buy Renovacor, the stock climbed back to $2.18 — a gain of 14.7% — before losing most of that gain in a down market at week’s end.