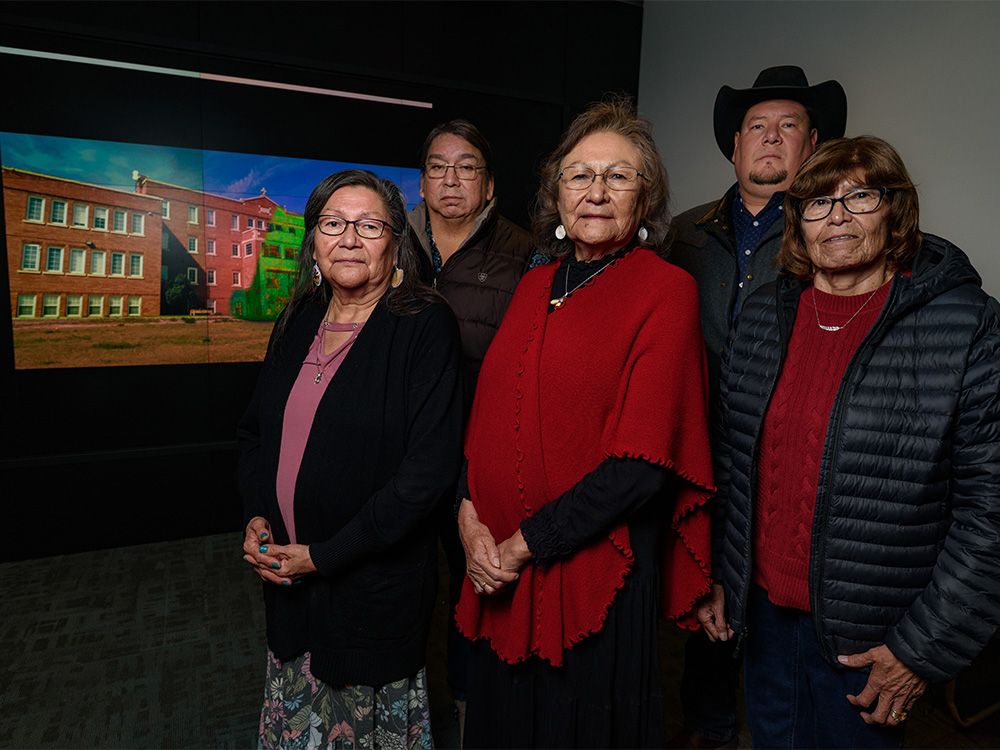 The research team, led by Dr. Peter Dawson, head of the university’s Department of Anthropology and Archaeology, used terrestrial laser scanners, drones, historic photos and interviews with the schools’ survivors to create virtual and physical 3D models of the former residential schools.

Of the many residential schools that operated in Canada, only a handful remain today. Two of the digitally preserved schools are now being used as Indigenous-led post-secondary facilities.

“It’s important we preserve the remaining buildings because they’re witnesses to history. They’re a physical representation of an education system, in name only, that caused great harm and suffering to generations of Indigenous children,” said Dawson.

The laser scanners digitally capture every room and area of ​​the school, inside and out, to create architectural plans, 3D models and an online archive, explained Dawson.

Vivian Ayoungman said during a presentation at the University of Calgary campus on Thursday that the project is a way for survivors to speak about their experiences, and for others to listen and learn.

“For too long our people have been on the outside, on the fringes, looking in on what archaeologists and others are studying about us. We want to be right in there,” said Vivian, the head of an Old Sun Community College advisory committee.

The project was guided by the advisory committee at Old Sun Community College, the former residential school. The committee reached out to fellow survivors to tell their stories.

Gwendora Bear Chief said she hopes people from around the world will learn more about what happened at residential schools through this project.

“There are a lot of people who don’t believe us. This is our truth. It’s important for people outside and for our own kids to know what happened,” said Bear Chief.

She spent 11 years at the Old Sun residential school and said she has always struggled to share her experiences with others.

“All of us survivors never talked about it, it was buried so deep because it’s an ugly part of our lives. We kept it hidden,” said Bear Chief. “This has been part of my healing.”

Angeline Ayoungman said she hopes people will access the project to learn more about the trauma that Alberta’s Indigenous people endured.

“I want people to hear our stories and believe us,” she said Angeline, who also attended the residential school. “People can actually hear our story and see where it happened.”

For her, much of her time at the residential school is a blur, but memories come back to her in flashes.

“I think it’s maybe because it’s painful to remember,” she said. “I’m just glad this project will help tell our story and I hope people pay attention and believe us.”

When the project is completed in March, the online archive will include stories from survivors and physical 3D models will be used to educate young people through the university department’s youth engagement program. They teach Indigenous archeology and heritage in Calgary schools, and will be able to use the models as an interactive educational tool.

Dawson said readers will be able to learn about what took place in these schools and virtually visit the rooms where those stories occurred.

“By taking apart the 3D physical models of the school, we’re hoping students will be able to understand and maybe visualize what it would be like to attend,” said Dawson.

Dawson said he has heard interest in the project from a research team in Australia who is documenting their country’s mission schools — their equivalent to the Indian residential schools in Canada.