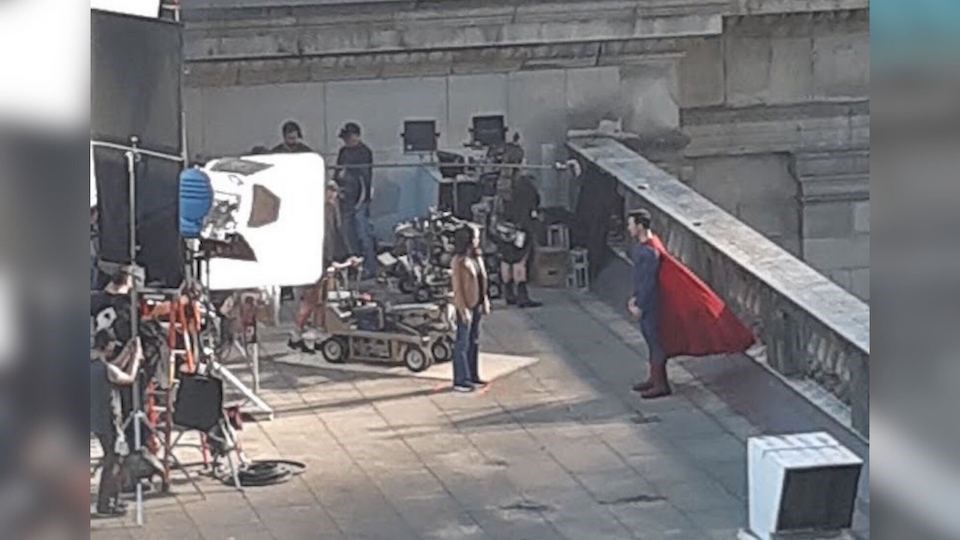 It’s a bird, it’s a plane…it’s Superman on top of the Vancouver Art Gallery!

Locals were delighted to see the caped superhero on top of the Downtown Vancouver building on Thursday (Sept. 22) night.

The TV show features Superman, aka Clark Kent, and journalist Lois Lane as they face the challenges of being parents in today’s world — as well as some superhero stuff, of course.

Tyler Hoechilin, who plays the DC Comics superhero in the popular TV show superman & lois, was spotted in the classic, skin-tight blue attire with a triumphant red cape blowing behind him in the wind.

A Vancouver woman took to Twitter to share an image of the scene from above, remarking that it “looks like Superman is on the roof of the Vancouver Art Gallery tonight!”

Looks like Superman is on the roof of the Vancouver Art Gallery tonight! @WhatsFilming @yvrshoots pic.twitter.com/2N1xhI6kam

The charismatic American actor was photographed signing an autograph for an adoring young fan at George Wainborn Park in June 2021.

Hoechilin has been spotted filming scenes for the show in various places across the Metro Vancouver region, and fans have shared images of him on set.

On Sept. 13, a New Westminster resident shared an image of the star filming a scene that involved him fighting with the door of a taxi.

📸 A few pix from today’s #SupermanAndLois set with Tyler Hoechlin, and Tom Cavanagh back in the Director chair@yvrshoots @WhatsFilming pic.twitter.com/DhPGmLpykM

You can stream Superman & Lois on HBO Max.