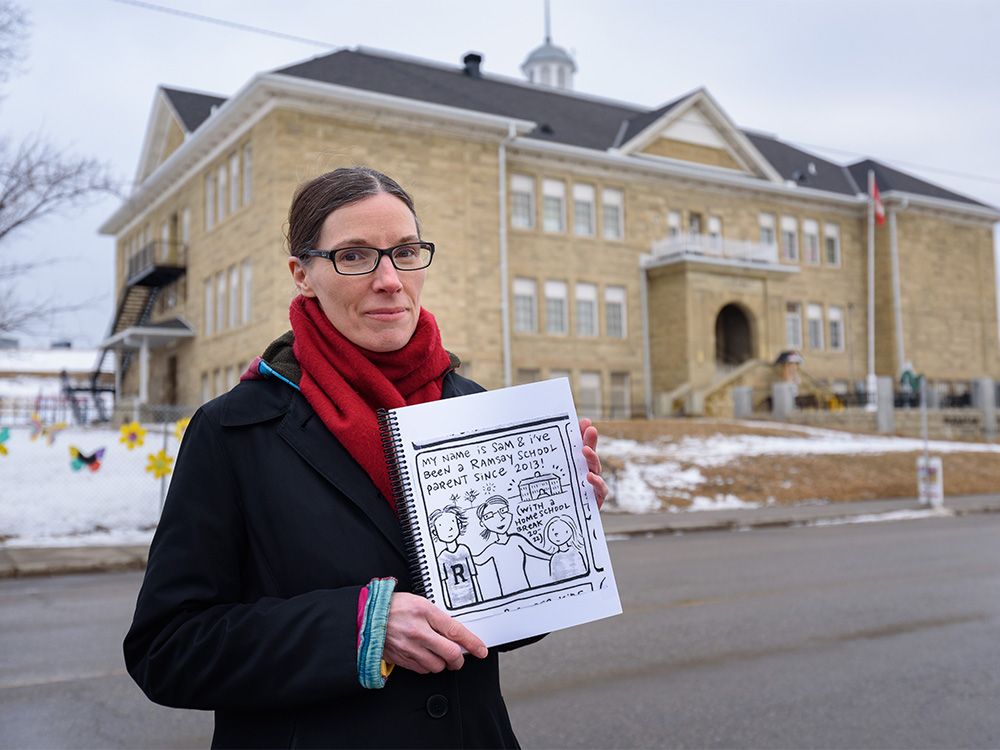 Parents continue to advocate for improved air quality measures as student absences in public schools tick up again after the end of winter break.

This week, CBE also identified 1,072 jobs that required substitute teachers or casual employees, including 567 teachers and 377 support staff away due to illness.

Up to 108 of those jobs went unfilled, despite high school students not in class and writing final exams this month.

But as parents still concerned about illness and air quality ask the CBE to allow HEPA filters in classrooms, they say they are being stonewalled.

“There are many big problems within the education system, there aren’t enough teachers, classrooms, resources or money. And these are all really difficult to tackle,” said Sam Hester, mother of two children in Grades 3 and 9 at the CBE.

“But when there are things that we can do right now, like allow HEPA filters to improve air quality, why not do them, and then maybe we can address these other things.”

Hester says her kids’ schools have seen high rates of absences during this school year, which continues to impact socialization and learning, nearly three years after the start of COVID.

Being at school in person is better

“During COVID, my kids were learning from home, and they really missed out on all that social interaction,” Hester said, adding that her younger son also experienced learning loss.

“Being at school in person is better in every possible way,” Hester added.

“Losing out on social interactions, on learning in person, that is something you just can’t replace.

“But even now… we’re still seeing high rates of illness. Yet we have the tools to address it.”

Hester has sent the CBE several communications asking for HEPA filters in classrooms. But she says the answers have been confusing, including that HEPA filters could be used improperly and blow more contaminated air towards students.

“That just doesn’t make sense, to say that we shouldn’t use a tool because it may be used improperly. It’s like saying you shouldn’t drive a car, because it could crash.”

Hu said she recently spoke to a parent who asked a caretaker about air quality and the use of HEPA filters at a Calgary school. But when that was reported to the principal, the parent was warned that if she bothered the caretaker again, the school would be placed on lockdown and she would be removed.

“What we are seeing now is parents, students, even teachers fighting for better air quality being treated as if they were anti-science.

“When they ask valid questions, when they ask for basic information about air quality, the response is very defensive, very aggressive.”

“There just doesn’t seem to be a realization that learning is difficult if everyone keeps getting sick all the time,” Hu said.

CBE said principals are working to address illness rates, as they were before the winter break, like modifying some events or activities as required, moving parent-teacher conferences and school council meetings online, or adjusting and postponing some gatherings or extracurricular activities.

The CBE added filtration efforts have not changed since spring 2022, when the system upgraded to MERV 13 filters “wherever possible,” and that all schools are mechanically ventilated.

She added portable air cleaning devices, like HEPA filters, are recommended only when no mechanical ventilation exists, which means when windows are the only ventilation.

“As our schools are mechanically ventilated, we have not installed these portable devices.”

But Hu argued that CBE’s air quality systems are sub-par and that many older schools are still without MERV 13 filters.

The Calgary Catholic School District was not able to provide absence data to Postmedia before its publication deadline.