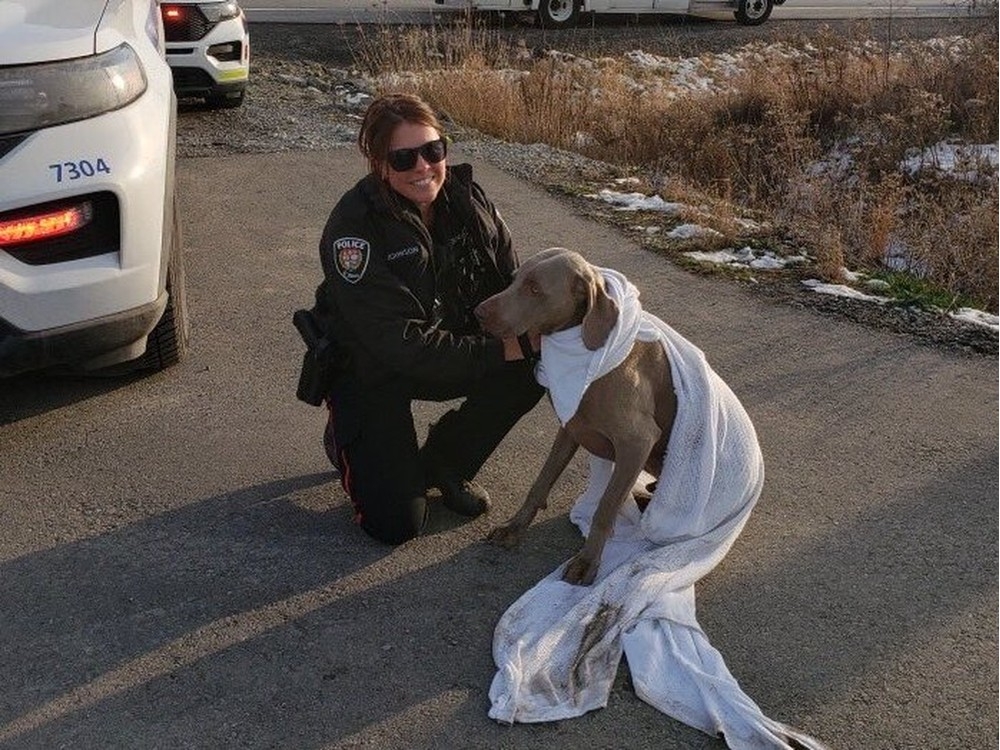 One lucky labrador was comforted and warmed by Ottawa firefighters, paramedics and police officers after spending roughly half an hour in a cold Stittsville pond on Thursday.

The dog broke away from its owner and tried to chase some geese near the intersection of Fernbank and Shea roads, but fell through the too-thin layer of ice on the 300-by-400-foot pond and into the chilling water around 2 pm

The owner also entered the water in a bid to rescue the dog and ended up requiring assistance from a City of Ottawa employee to get out of the water.

While one fire service crew assessed the dog owner, water rescue technicians suited up and one of them made his way into the water with an animal control pole to both reach the animal and break some of the ice on the route back to shore.

At 2:30 pm, the fortunate canine was on solid land again.

Ottawa Fire Services later issued a reminder for owners to keep their pets leashed when around open bodies of water at this time of year.