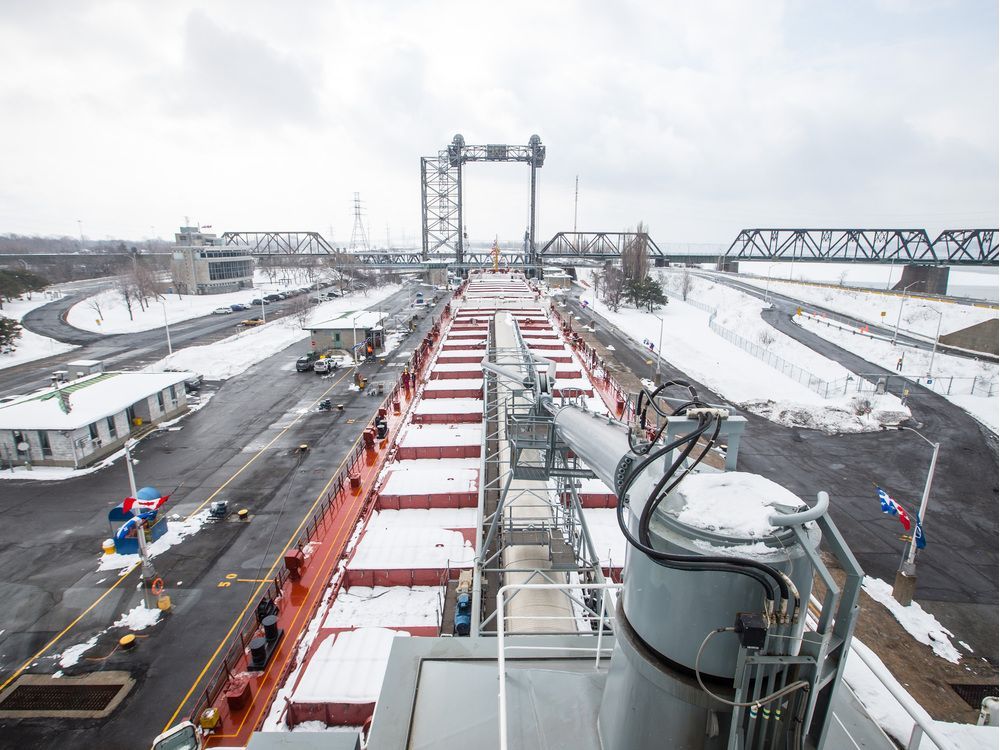 Traffic on the St. Lawrence Seaway saw nearly two million fewer tonnes of cargo shipped via the international waterway in 2022.

Overall combined traffic on the seaway declined by five per cent from 2021, with 36.2 million tonnes of cargo shipped over the eight-month shipping season.

Soft Canadian grain exports at the start of the season due to the 2021 drought in the Canadian Prairies attributed to the overall decline in grain shipments. Officials with the St. Lawrence Seaway Management Corp. say that the improved 2022 grain harvest should result in an improved start to the 2023 shipping season.

There were some gains made in bulk cargo sectors that offset the losses in commodity shipments.

Liquid bulk shipments including petroleum were up 319,000 tonnes (9.9 per cent).

Dry bulk shipments like salt, coke, and potash increased by 323,000 tonnes (2.8 per cent.) Potash shipments more than doubled in 2022 as Canadian and US producers increased fertilizer supply due to the Russian invasion of Ukraine.

Terence Bowles, president and CEO of the SLSMC said the Great Lakes-St. Lawrence Seaway is agile and able to respond to changes in shipping year-to-year.

“Seaway traffic results show positive trends amongst certain commodities, which demonstrates our system’s ability to quickly adapt to changes in the market,” he explained. “In addition, we are working closely with partners to develop lands along the Seaway, which will benefit both the economy and local communities.”

While overall traffic decreased in tonnage, more vessels used the seaway. Vessel transits, including increased cruise ship traffic, increased by 92, or 2.4 per cent. In 2022, 4,010 vessels sailed through the seaway.

The Montreal-Iroquois section of the seaway closed on Jan. 1, a day later than scheduled due to weather. The Welland Canal section closed Jan. 9.

The SLSMC, and its American counterpart, the Great Lakes St. Lawrence Seaway Development Corp., will be working on maintenance of the lock system in preparation of the 2023 shipping season. No date has been announced for when that season will begin.