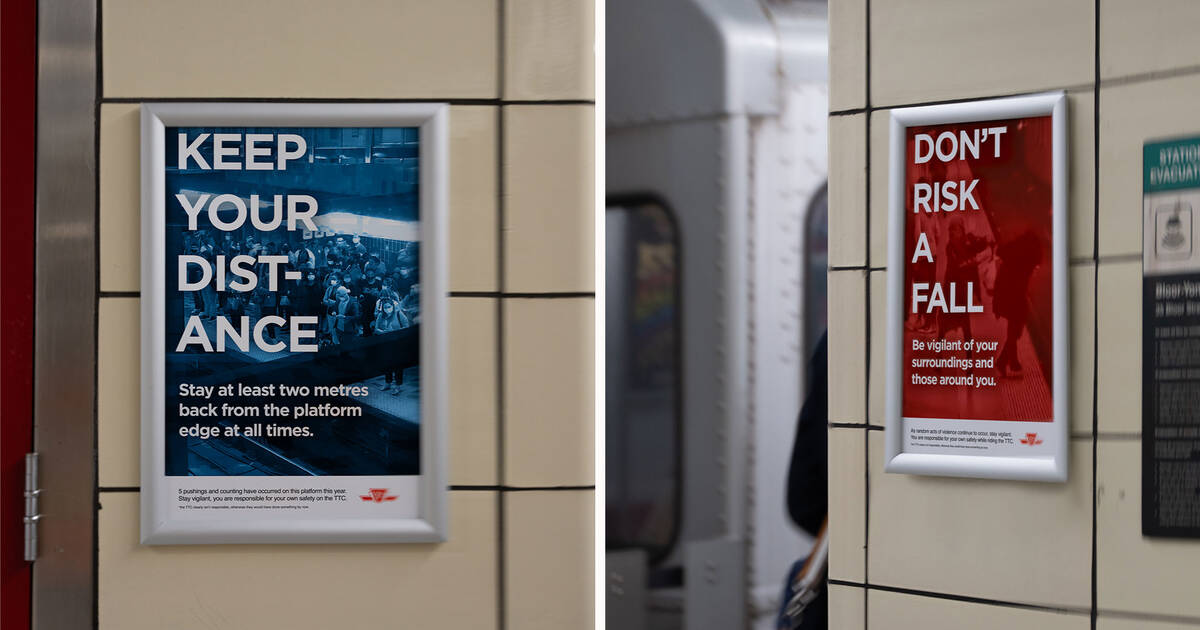 It seems the TTC can’t go a single day without a violent attack appearing all over the headlines, and as many fear for their own safety on Toronto’s public transit system, someone has taken a stand by blaming the transit system and mayor, but you ‘d have to really pay close attention to notice.

Some curious new ads have appeared on the Line 2 platform walls of Bloor-Yonge subway station. At first glance, you’d be forgiven for thinking that these are official TTC messages.

But they are actually convincing fakes designed to promote conversation about the growing sense of danger riders feel while on the city’s transit network.

blogTO reader Daniel Jay captured photos of the curious unsanctioned ads at Bloor-Yonge station, noting that you have to look closely to pick up the subtle clues in the fine print at the bottom, and the TTC logo lettering being replaced with WTF. 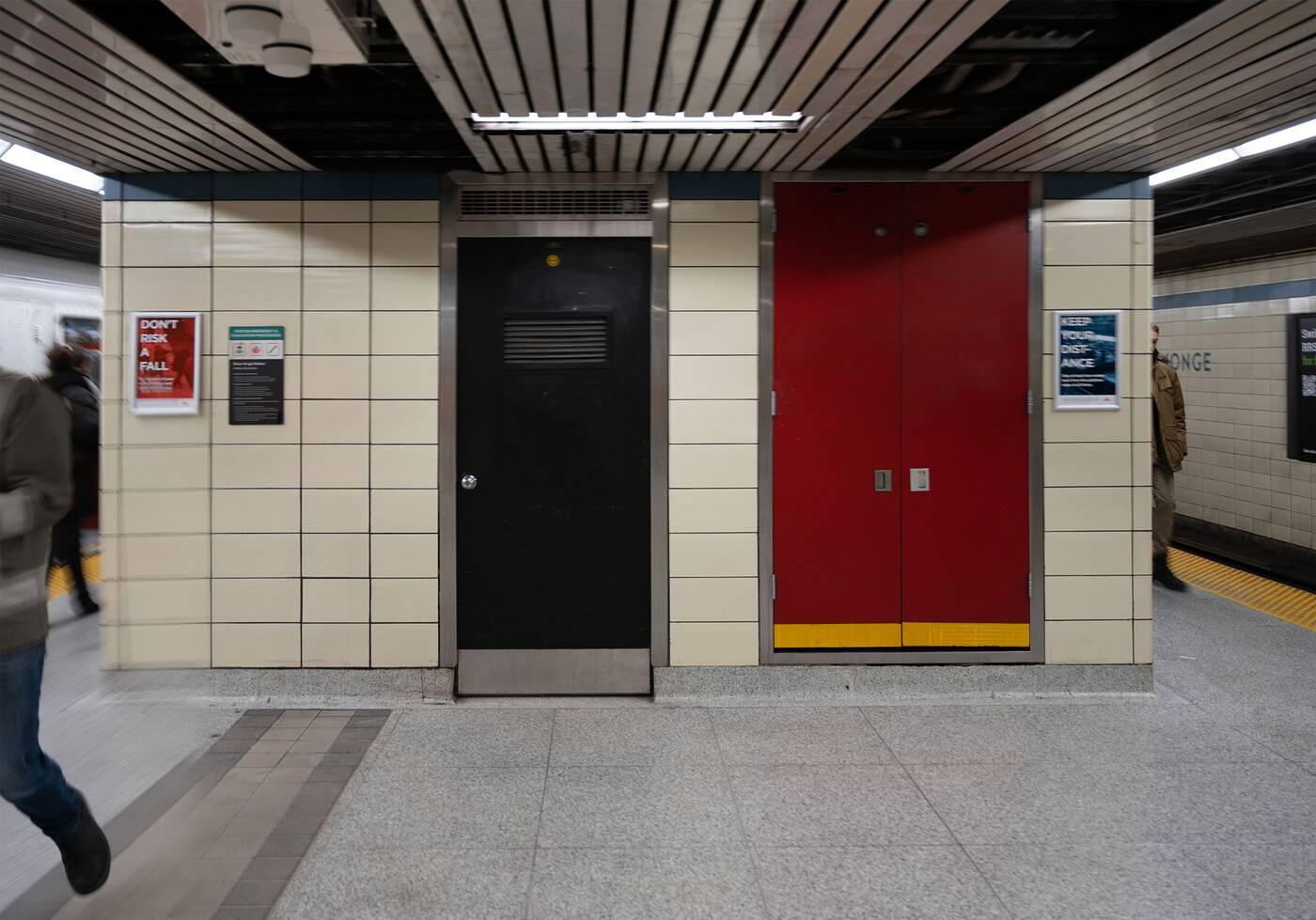 One of the ads reads, “Don’t risk a fall,” set against a still from a clip of a 2022 subway-pushing attack, while another sarcastically warns commuters to “stay at least two meters back from the platform edge” against a subway platform with crush crowds and literally no space to do so. 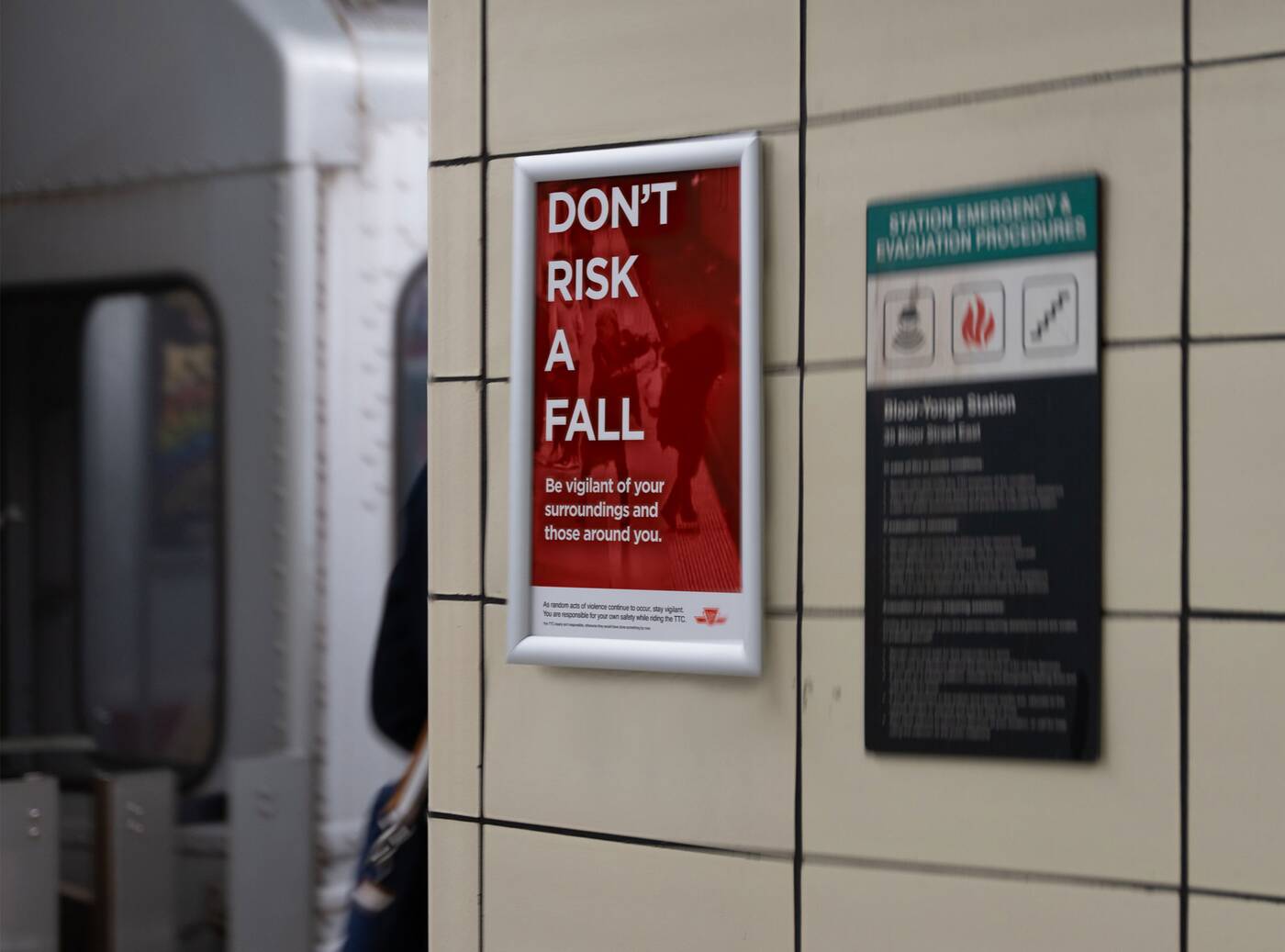 The fine print reads, “5 pushings and counting have occurred on this platform this year. Stay vigilant, you are responsible for your own safety on the TTC.” 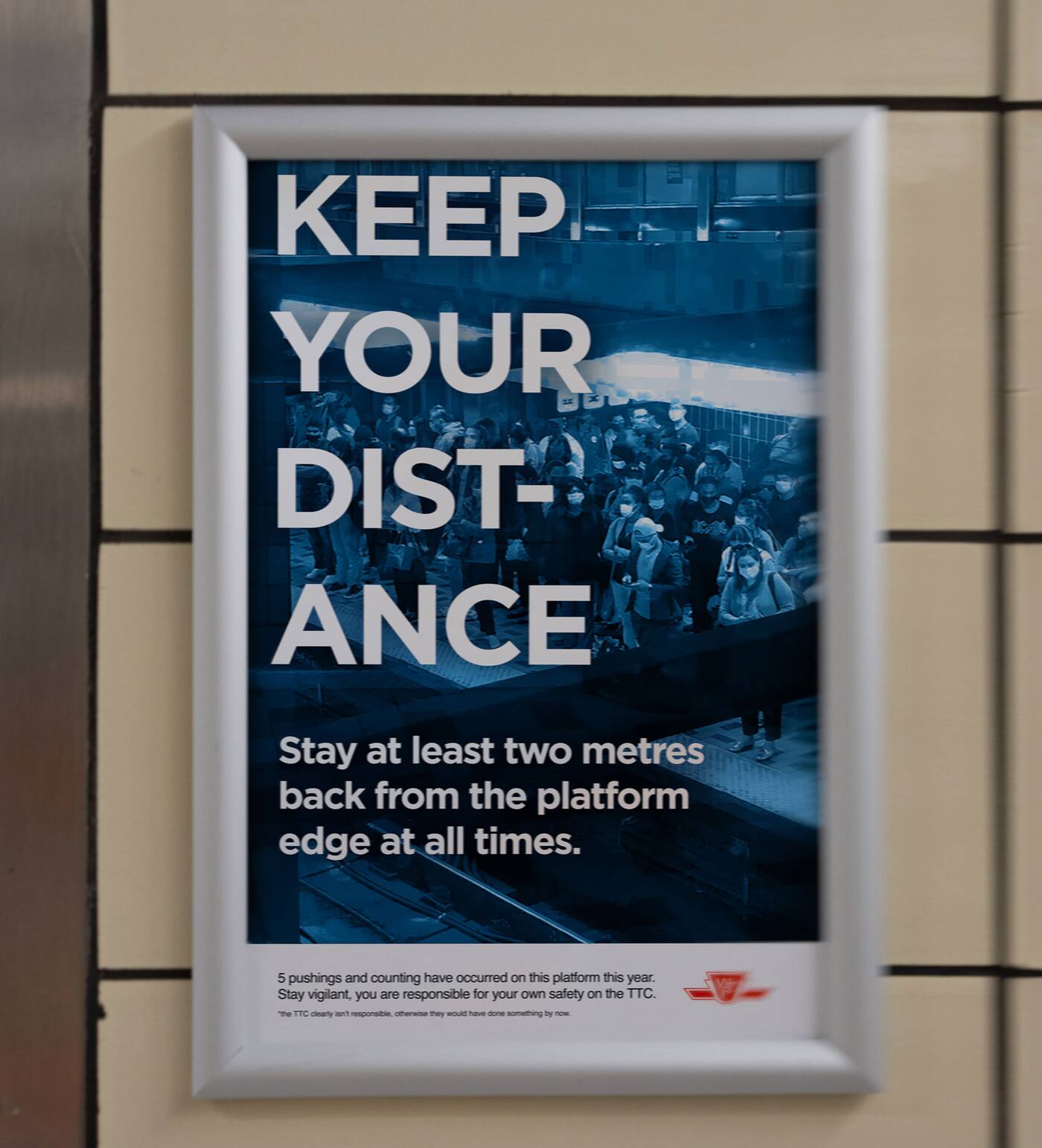 Below the fine print, the fake ad throws shade at the local transit agency with an even smaller font size, adding, “the TTC clearly isn’t responsible, otherwise they would have done something by now.”

Jay blogTO: “I think it’s great that someone has taken it upon themselves to provide honest (albeit generic) tips for safety on the subway platforms, and it’s ridiculous that the TTC itself tells hasn’t done anything to properly address the problem other than them and [mayor] Tory putting out statements saying ‘it’s totally fine, don’t worry about it.'”

He says it’s troubling “how violence on the TTC is getting so bad, people are making their own safety posters.”

TTC media relations specialist Stuart Green tells blogTO that he finds the ads “in poor taste” and warns those behind the campaign that any unsanctioned advertisements “will be removed as they are found.”

Green says that station supervisors across the system have been asked to check for and remove these ads on sight.

Addressing the motivation behind the guerilla ad campaign, Green says that “the safety of customers and employees is paramount to all the TTC does,” and that the transit agency remains “committed to working with police, the City of Toronto and our union partners on ways we can all make the TTC as safe as possible for customers and employees.”

“The TTC moves hundreds of millions of customers every year without incident,” says Green, stressing that “we cannot and do not take that for granted.”

Some of the moves the TTC has taken to improve safety include the hiring of additional Special Constables to deploy more uniformed law enforcement to the network, but Green acknowledges that boots on the ground might not be enough to rectify wider issues at play.

“We also know that there are bigger societal and systemic issues at play when it comes to the root causes of these incidents that require a multi-pronged response,” says Green.

“We welcome being part of a broader discussion with all community and government stakeholders about what can be done to improve safety and security on the TTC.”