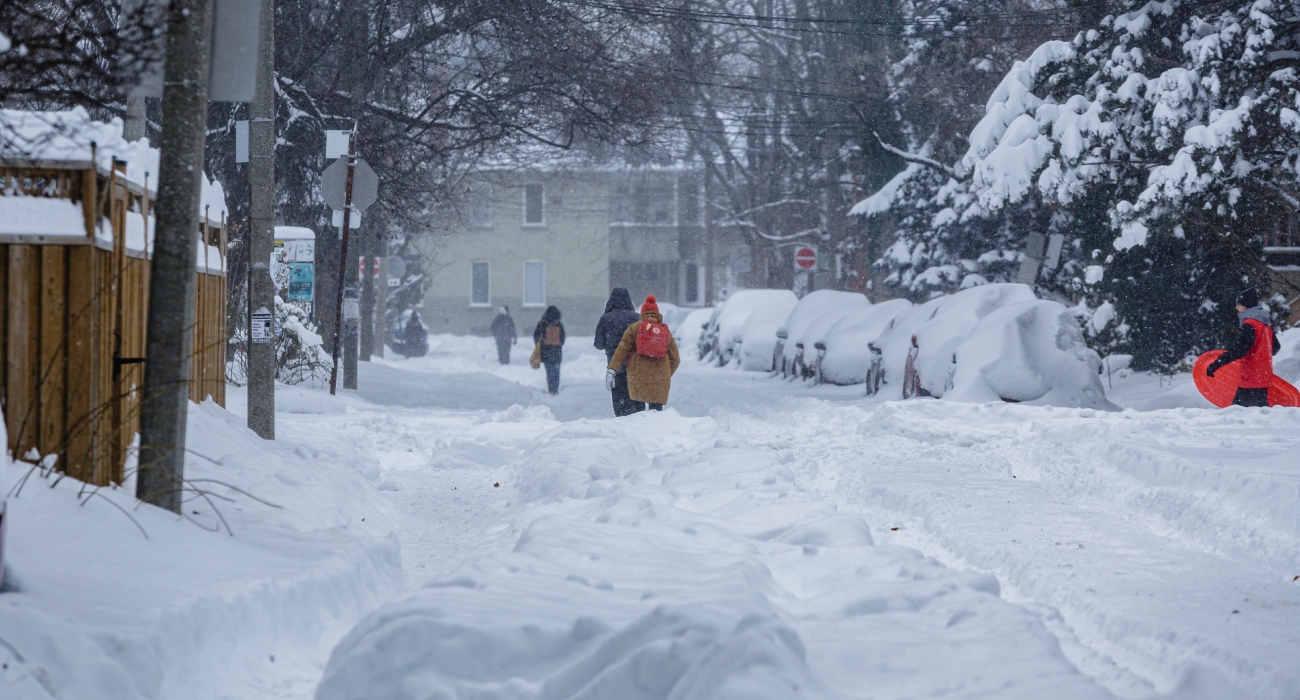 Toronto is about to get slammed by another round of severe winter weather. Weather forecasts show snow in Toronto is on the way, and not just a few centimeters.

Environment Canada has upgraded its special weather statement to a snowfall warning ahead of the coming storm.

Anywhere from 15 to 20 cm is set to fall in the city. Heavy snow will begin early in the afternoon on Wednesday, January 25th.

Heavy snow will continue to fall until Thursday morning, at which point it will taper off to flurries.

Heavy snow could cause reduced visibility and will make travel difficult as it accumulates on roads and sidewalks.

The storm will sweep across southern Ontario thanks to a “Texas low” from the south, says Environment Canada.

Temperatures will also take a steep dive as we transition from January to February.

The Weather Network’s current forecast shows bitter cold heading our way in the first weekend of February, feeling like -14°C and -16°C on February 4th and 5th.

Hopefully, this won’t be a repeat of the “once-in-a-generation storm” that hit Ontario in late December. It looks like we’ll just have to wait and see what Mother Nature has in store.

However, there’s some good news for those who want some relief from the cold and snow in Toronto.

In February, “winter will take a break at times with periods of mild weather” in southern Ontario, said The Weather Network’s official winter forecast.

An “extended thaw” could take place in southern Ontario later this winter, but the season will also bring “a messy mix of snow, ice, and even rain at times,” and precipitation levels will likely be above-normal.

But. before any mild weather comes our way, we will need our shovels and warmest boots for the storm ahead.

With a curated slate of what matters in your city, Curiocity presents you with the most relevant local food, experiences, news, deals, and adventures. We help you get the most out of your city and focus on the easy-to-miss details so that you’re always in the know.