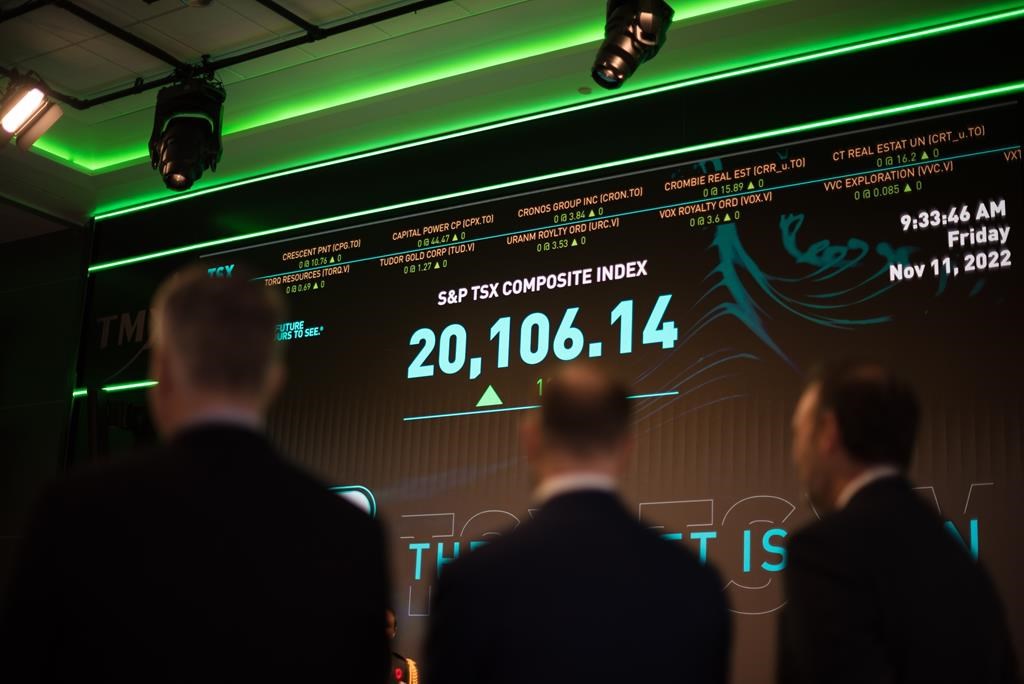 TORONTO — Canada’s main stock index closed down just 30 points Wednesday as losses in energy and industrials outweighed gains in other areas, while US stock markets were mixed.

The Bank of Canada’s rate hike and remarks from the bank sent bond yields and the Canadian dollar downward, said Michael Currie, senior investment adviser at TD Wealth. However, the TSX didn’t make major upward moves in response to the news. Instead, it was dragged down by losses of more than two per cent in the industrials index and more than one per cent in energy.

However, Shopify’s gain of almost 11 per cent helped drag the tech index up on the TSX, noted Currie.

Though the Bank of Canada’s 25-basis-point hike Wednesday came as no surprise, the strength of the central bank’s statement was not expected, Currie said.

Bank of Canada governor Tiff Macklem said the central bank would put hikes on pause while it assesses their effects on inflation.

“They’re not saying they will never raise rates again, but … they feel like they’ve done their job,” said Currie.

Market expectations are now leaning toward a potential cut in the fall, Currie said. Now, all eyes will be on the Federal Reserve to see whether its upcoming announcement mirrors the Bank of Canada’s move.

Despite strong earnings, CN predicted a rocky road ahead in 2023, and CP stock was dragged down with its peer’s, Currie said.

Meanwhile in the US, Microsoft started the day off with major losses after reporting earnings Tuesday evening, but regained ground throughout the day.

The Canadian dollar traded for 74.67 cents US compared with 74.79 on Tuesday.

This report by The Canadian Press was first published Jan. 25, 2023.