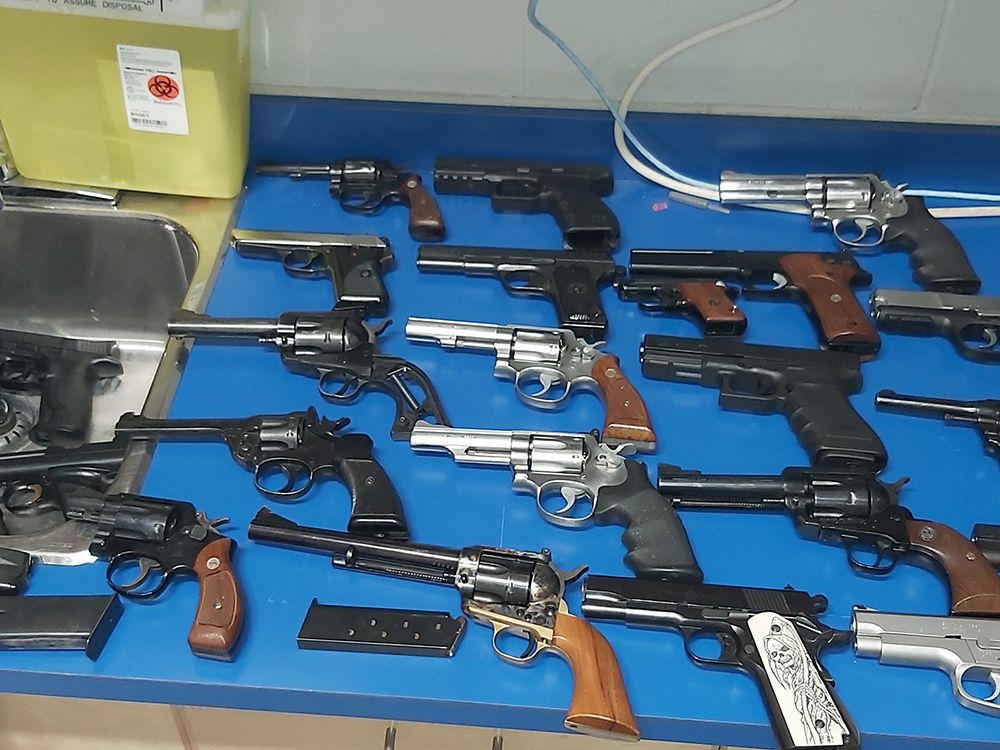 A road rage complaint east of Calgary led police to a cache of prohibited and illegally-stored firearms in the city.

Strathmore RCMP say on Sept. 10, they received a report of a handgun being brandished at the occupants of another vehicle on Hwy. 1 east of Calgary.

“The majority of restricted or prohibited firearms were not registered.”

He’s been released on conditions and will appear in court at a later date, say RCMP, who added more charges are likely.

They say the complainants did the right thing in retreating and reporting an incident that could have easily escalated.

It is fortunate nobody was harmed … of paramount importance was the driving factor in the immediate response and subsequent search of the residence to prevent further offenses,” said Staff Sgt. Mark Wielgosz.

“The charges and disposition of the seized firearms from this point will be decided by the courts.”