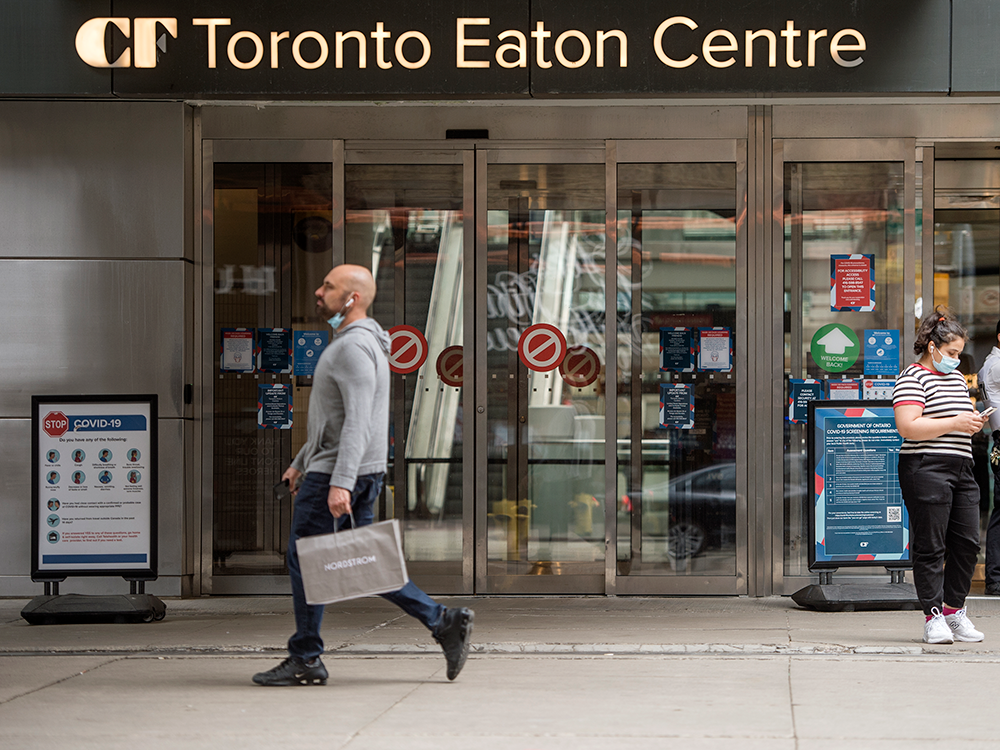 Some high profile Canadian retailers have banded together to lobby the federal government to allow international tourists to apply for GST and PST rebates on purchases of goods while on holiday, arguing the measure would boost the economy.

Sign up to receive the daily top stories from the Financial Post, a division of Postmedia Network Inc.

The next issue of Financial Post Top Stories will soon be in your inbox.

Vancouver-based QuadReal Property Group, Edmonton-based Triple Five Group, and the Retail Council of Canada are also part of the group. The companies wrote to Tourism Minister Randy Boissonnault in July, calling on him to create a system that would allow retailers to exempt tourists from sales taxes at the till, or would allow visitors to seek refunds at customs using dedicated machines. They proposed that the government tap a company that provides digital-first tax refund systems and software, such as Switzerland’s Global Blue Group Holding AG, which is the only non-Canadian entity in the new retail alliance.

“The European Union, Asian countries and all over the world they are using the visitors tax rebate as a competitive advantage to attract tourism,” Jean-Christophe Bedos, president and CEO of Birks, said Tuesday. “Canada hasn’t (got) that system in place and therefore we feel that Canada is at a disadvantage.”

Canadian retailers have been hurting since the start of the pandemic, dealing with all sorts of issues from labor shortages to, more recently, subdued consumer spending due to high inflation. Retail sales declined 2.5 per cent in July from June, Statistics Canada reported. Early estimates show a 0.4 per cent uptick for August, but that’s only with about half the data the agency usually collects for its final print.

Bedos said the rebate would provide a boost to the sector by attracting tourists to shop in Canada and increase retailers’ sales, while also benefiting other companies that benefit from tourism, such as restaurants and hotels. The alliance commissioned a study to model the outcomes of a tourist tax rebate and found that the number of visitors would increase by 193,000, leading to an additional $407 million in revenue. The study found that the increased spending would create demand that could support an additional 32,100 jobs in travel and tourism industries.

A spokesperson for Boissonnault said most goods acquired in or imported to Canada are subject to GST. “Applying the (GST) to a broad base of goods and services keeps the tax more efficient, simpler, and lower. A former rebate program was discontinued in 2007 because it was found not to be a cost-effective way for the federal government to help attract tourists to Canada,” Gabriel Felcarek said in an emailed statement.

The federal government used to have a rebate program similar to what the retail alliance is seeking, but Stephen Harper’s government scrapped it in 2007 for the Foreign Convention and Tour Incentive program, which covers fewer goods and services for tourists to claim.

“For me, I think Canada is losing out on not having a system because I’ve worked for the jewelery industry in the UK and in France before and I’ve see how it works (there). I saw the benefits of it,” Bedos said.

Using a third-party provider of tax refunds could allow stores to collect and analyze data, figuring out shopping habits. That was the upside for Bedos when he worked in France.

“We had the data referring to the seasonality of the (shopper) by country of origin and every year we would organize our marketing and PR plans according to what we could expect,” Bedos said. “We could be prepared to welcome them and offer them a better experience than if we didn’t have that information.”