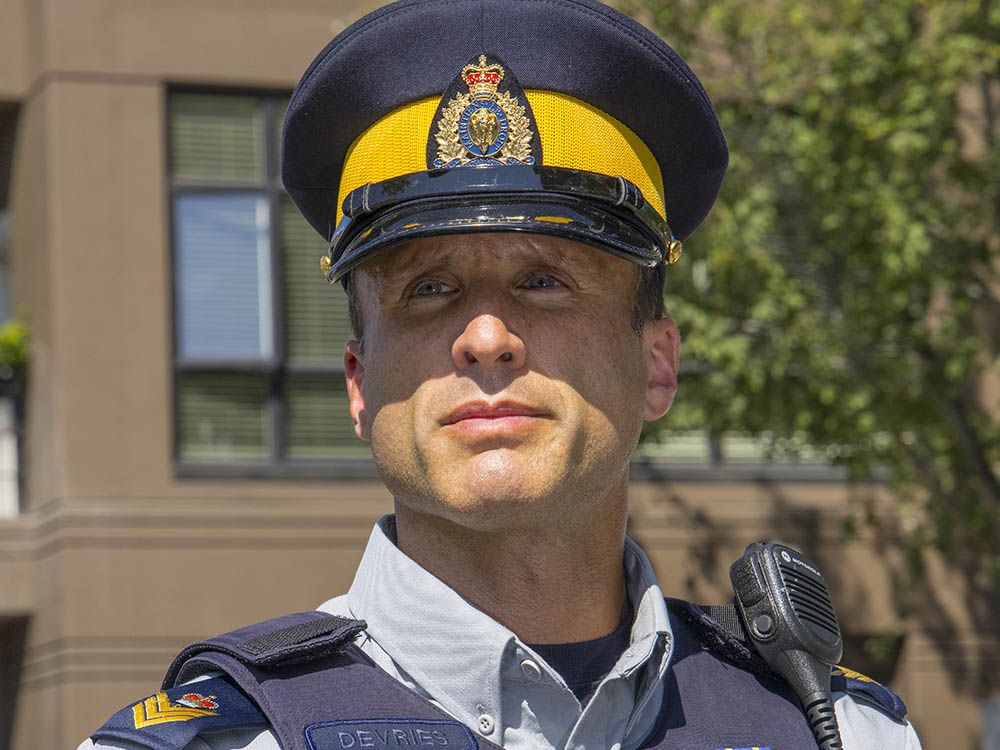 Police in North Vancouver are asking for the public’s help identifying a woman who was hit by a car earlier today.

RCMP spokesman Sgt. Peter DeVries says the woman remains unconscious in critical but stable condition in hospital. She lost consciousness when she hit her head after being struck in a crosswalk on Capilano Road at Garden Avenue at about 9 am Friday.

So far investigators have no way to identify her. “She has no identification with her, no phone, no wallet, nothing that would enable us to find out who she is,” said DeVries.

“It appears she was out for either a walk or a jog, so we theorize she is somehow connected to this area,” he said.

DeVries speculates that someone might be calling around trying to figure out where she is, and “we’re hoping the public will help us connect with her family and loved ones.”

Because of privacy rules, police are not publishing a photo of the woman. She is described as white or First Nations with a light to medium complexion, in her 70s or early 80s, with a slim to medium build, about five-foot-four to five-foot-six, with short, curly hair dyed black and dark eyes.

DeVries says the driver stayed at the scene and is co-operating. Speed ​​and alcohol aren’t believed to be factors in the pedestrian collision.

Anyone with information about who the woman is or who saw the crash is asked to call North Vancouver RCMP at 604-985-1311.