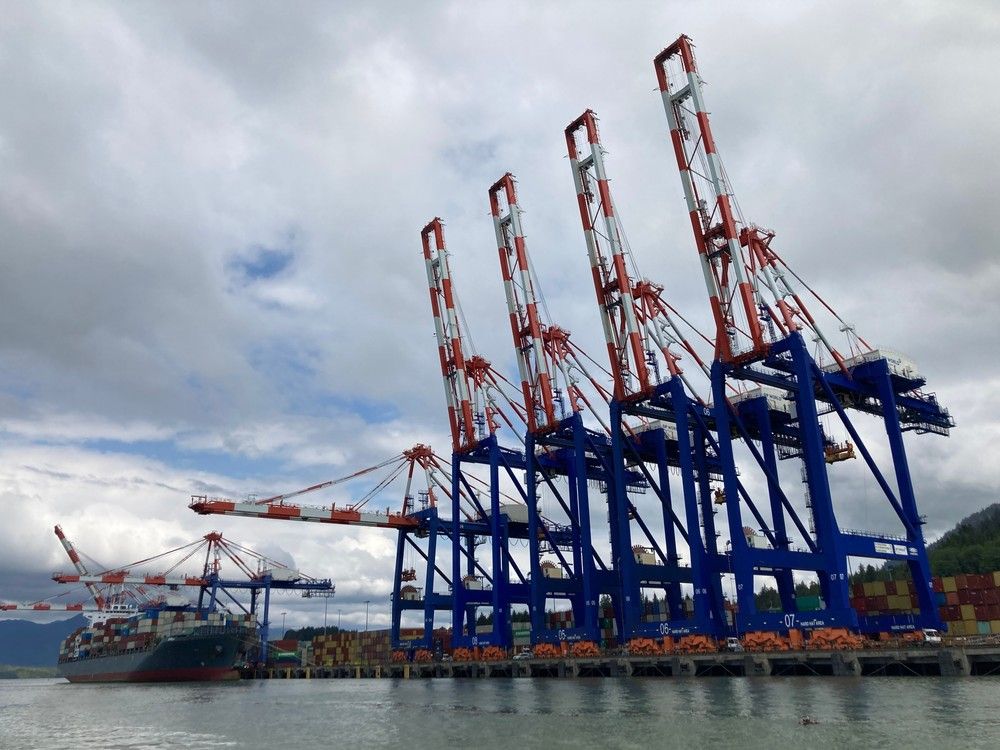 For the second year in a row, less cargo passed through the Port of Prince Rupert in 2021, but plans are still underway to expand port capacity.

In 2022, 24.6 million tonnes of cargo moved through the port, a two per cent decrease from 25.1 million tonnes in 2021. The Port Authority blamed supply chain challenges, changing energy demands and geopolitical tensions for the drop.

“Global trade and supply chains are changing rapidly and we must adapt,” Shaun Stevenson, the port CEO said.

The changes in cargo volumes varied greatly between terminals.

DP World Prince Rupert’s Fairview Container Terminal had a two per cent decrease in volume of shipments, after moving 10.4 million tonnes in 2022. The decrease was caused by congestion inland, the port said.

DP World has just expanded its southern terminal, increasing the total annual capacity to 1.6 million twenty-foot equivalent containers. There are also plans for a northern expansion, set to break ground this year. The second expansion will increase the terminals’ capacity to 1.8 million TEUs.

In February 2022, the port and DP World also announced plans to complete a feasibility study for a new container terminal project. If they decide to build a second terminal, it would double the intermodal capacity at the port.

The Prince Rupert grain terminal moved 3.2 million tonnes of agricultural products in 2022, a nine per cent decrease from 2021. The port attributed the drop to a poor crop year and said a stronger 2022 harvest has led to healthier export volumes.

Similarly, Trigon Pacific Terminals shipped more than seven million tonnes of material in 2022, a three per cent decrease from the previous year.

The export of energy products increased in 2022. AltaGas’ Ridley Island propane export terminal shipped 1.7 million tonnes in 2022, a 17 per cent increase from 2021.

Pembina’s Watson Island liquefied petroleum gas bulk terminal dealt with 538,000 tonnes, a 45 per cent increase in volume from the prior year. This was their second year in operation.

“The Port has the opportunity to secure over $2 billion in new project investment in 2023, which represents supply chain capacity and resiliency for the country, and new employment, economic opportunity and tax base for the local community and region,” Stevenson said.