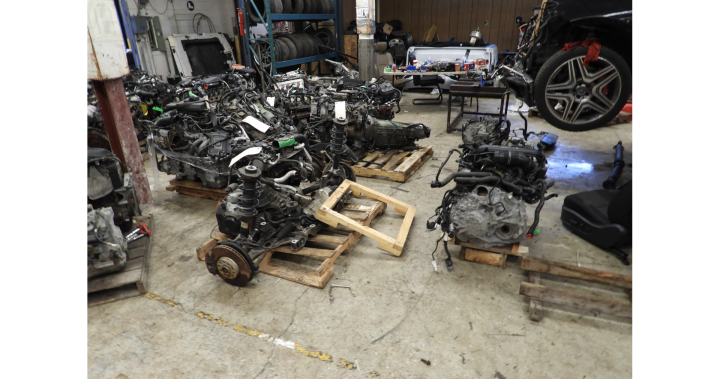 A Hamiltonian is facing charges in a Halton Regional Police Service (HRPS) probe into an alleged chop-shop operation in Burlington.

In a release, an HRPS spokesperson said the operation ran out of Empire Auto Parts on Brant Street where close to 70 stolen vehicles were identified through engines, transmissions, hoods and doors.

“Investigators with the assistance of Equite Association (formerly Insurance Bureau of Canada) have spent three days combing through the large two-story warehouse to identify stolen parts and vehicles,” police said about the Sept. 20 search of the business.

“The estimated value of parts seized is $350,000 and the value of the original stolen vehicles is more than $2.5 million.”

The 43-year-old accused faces seven charges in all, including four counts of possession of property obtained by crime over $5,000, and tampering with a vehicle identification number.

The investigation is ongoing.

Anyone with information can reach out to Halton police or Crime Stoppers.