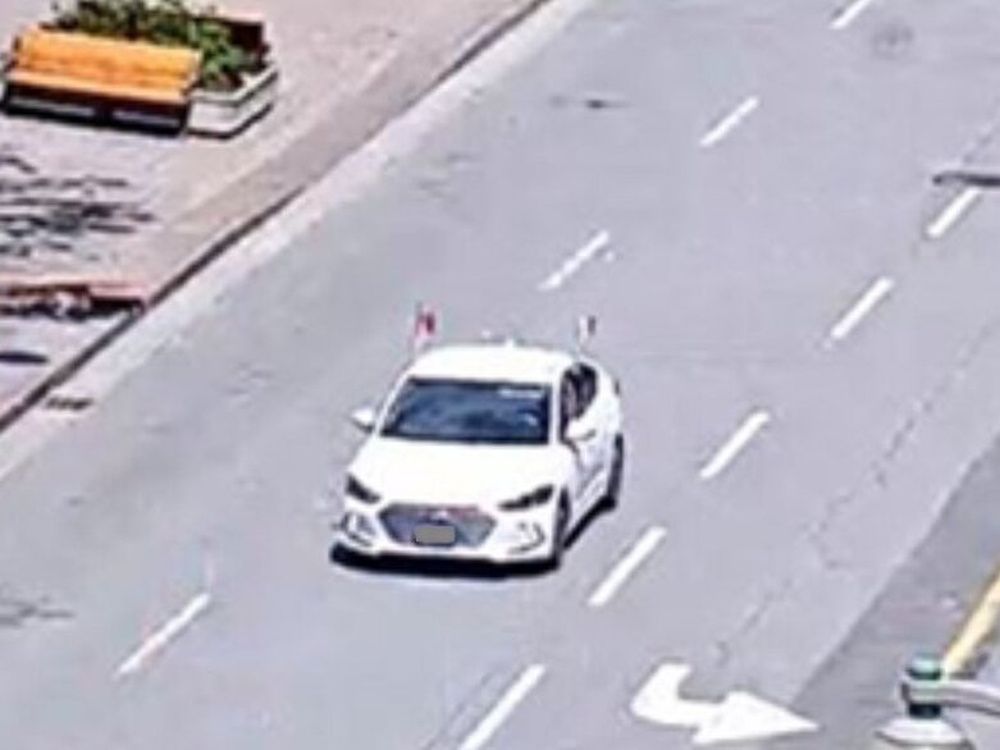 City police say “certain drivers have decided to ignore” signs saying part of Wellington Street is closed to unauthorized traffic but one motorist won’t be able to ignore officers turning up at her door.

The Ottawa Police Service said its investigators and traffic unit “worked hard” to identify a flag-bedecked white car and its driver spotted breaching the closed portion of the street in July.

“Officers attended this driver’s residence yesterday and served her with a summons to court,” police said Friday.

The driver is charged with not having a valid driver’s licence, driving on a closed highway, causing noise that disturbs inhabitants of the city and disobeying official signs, police said.

Fines would total more than $1,600 upon conviction.

Earlier Friday, police said that a suspected impaired driver had turned onto a barricaded stretch of Wellington Street in front of Parliament Hill overnight, struck a concrete barrier and then tried to flee.

It was the second incident of a driver breaching the closed portion of Wellington Street reported by police this week. Police said that the driver of a vehicle that entered at O’Connor Street Tuesday afternoon had court-ordered conditions to stay out of the area “in relation to February’s illegal protest.”

Wellington Street has been closed to most traffic between Bank and Elgin streets since police cleared the “Freedom Convoy” in February.