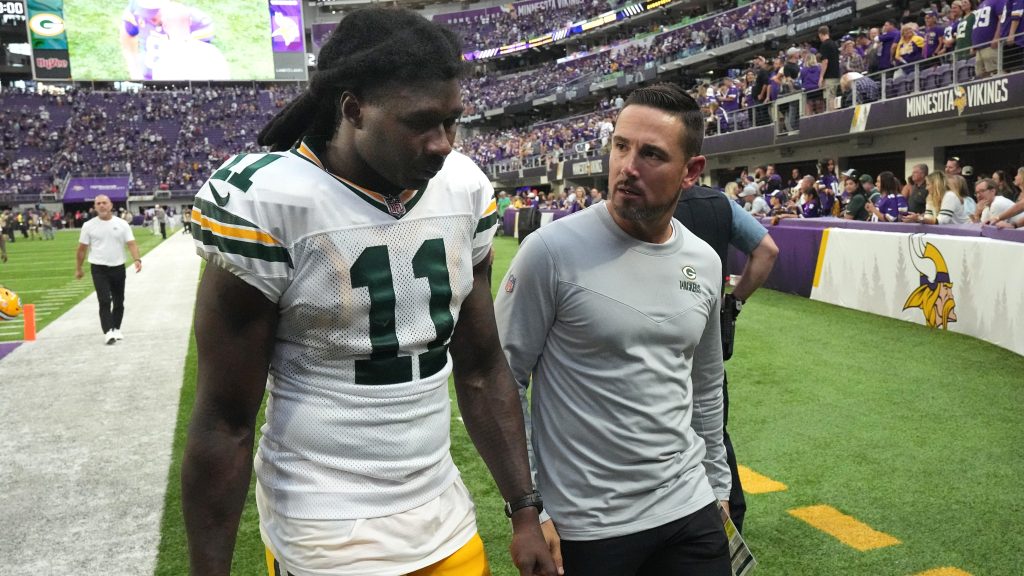 Coach Matt LaFleur said the team will give the four pass-catchers up to game time to prove they can play.

Lazard is dealing with a lingering ankle injury. Cobb has missed two days of practice with an illness. Watkins and Watson have new hamstring injuries.

It’s unclear if any of the four will participate during Friday’s practice, the last before flying out to Tampa Bay. LaFleur said it’s less about participation on Friday and more about “where they’re at on Sunday” in terms of availability for the game.

With all four dealing with something, LaFleur said it’s reasonable to expect a much bigger role for rookie Romeo Doubs.

“We have a lot of confidence in him,” LaFleur said. “He’s going to have to take more of a load this week.”

Doubs, a fourth-round pick and summer star, has six catches for 64 yards through two weeks.

The other available receivers on the roster are Amari Rodgers and rookie Samori Toure, who have combined for one total offensive snap through the first two games.

The Packers also have Juwann Winfree and Travis Fulgham on the practice squad in case the team needs a gameday elevation.

The final injury report arrives later Friday. Expect some kind of labeling for all four receivers. From there, it’s waiting on the inactive list, which is due 90 minutes before kickoff on Sunday.