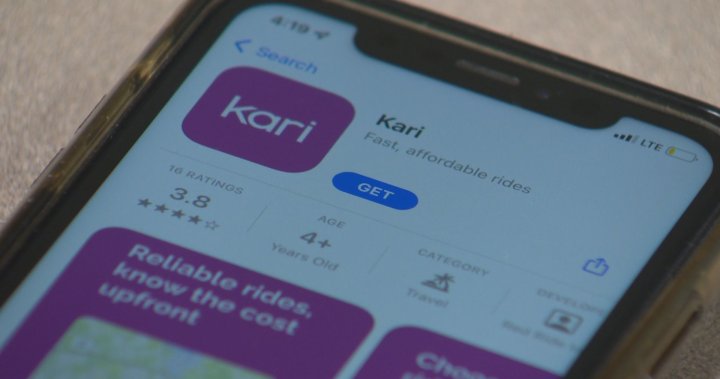 Prince Edward Island rideshare company Kari is setting the GPS to New Brunswick in hopes of an “optimistic” expansion for this summer.

In an interview with Global News, Len Currie, the co-founder, said they’d be looking at expanding to Saint John, Moncton or Fredericton before looking at other New Brunswick cities.

Other ridesharing apps have attempted to make their mark in the province over the past few years, most halted by insurance.

“That really was the hurdle that stopped other companies,” Currie said.

Saint John Coun. Gerry Lowe owned the Port City popular Vets Taxi for over 40 years and said the City of Saint John is willing to accommodate the ridesharing app coming to the area, saying that with many taxi operations driving with fewer drivers, it’s something the public has been pushing for quite some time.

While he’s hopeful the company can come to the city, he worries about current insurance requirements.

“The big thing about rideshare, in the province, the insurance doesn’t allow it,” said Lowe.

“You can’t jump from ordinary insurance to commercial insurance. To insure a cab, and it would be rideshare, if you’re doing rideshare, do a rideshare vehicle, you’re talking PL (personal liability) and PD (property damage) close to $6-7,000.”

Saint John police search for impaired drivers ahead of holidays

He said getting additional personal collision insurance could cost up to $10,000, which may determine some who are thinking about driving for the company if they come to the province.

Lowe said that current cab numbers remain around 100 to 120 cab registers, which is a roughly a quarter of what it was in the early 2000s.