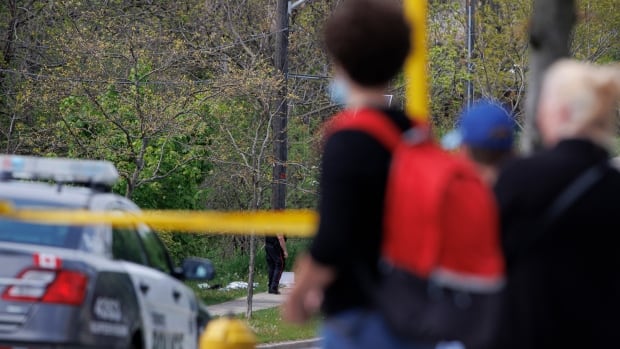 Ontario’s police watchdog has cleared two Toronto police officers of any wrongdoing after they shot and killed a man holding a pellet gun in Scarborough back in May.

According to a Special Investigations Unit (SIU) news release issued Friday, Director Joseph Martino found no reasonable grounds that either officer acted unlawfully when they confronted and shot the 27-year-old man near William G. Davis Jr. Public School on May 26.

“As such, there was no basis for proceeding with criminal charges in this case,” the news release reads. “The file has been closed.”

According to the SIU report on the incident, Toronto police first received a phone call about a man walking with a rifle near the Scarborough public school around 1:35 pm that afternoon. Officers responded and found the man hiding in some bushes near a home on Maberley Crescent, near Lawrence Avenue East and East Avenue.

The officers told the man to get out of the bushes, and that’s when the man pointed the pellet gun at police, the SIU says. Two officers shot the man, who died at the scene.

The report says the man suffered from an undisclosed mental illness, and had “had a particularly difficult time the week prior coping with his mental health.”

‘Officers would not have known’ weapon was air rifle

Gunshot wounds were located in his left shoulder, left flank, left hip and abdomen. A Diana Stormrider .22 caliber pellet gun, equipped with a Tasco Air rifle scope, was found near the sidewalk on the west side of East Avenue in the area of ​​Adam’s Creek.

The SIU also says the man had 28 pellets in his pants pockets when he was shot.

“The weapon in the Complainant’s possession was an air rifle, but the officers would not have known that, nor, had they known, is it clear they could be assured it was non-lethal,” the report reads.

“For all intents and purposes, the officers would have reasonably apprehended that their lives were on the line when the Complainant very deliberately raised the rifle at them.”