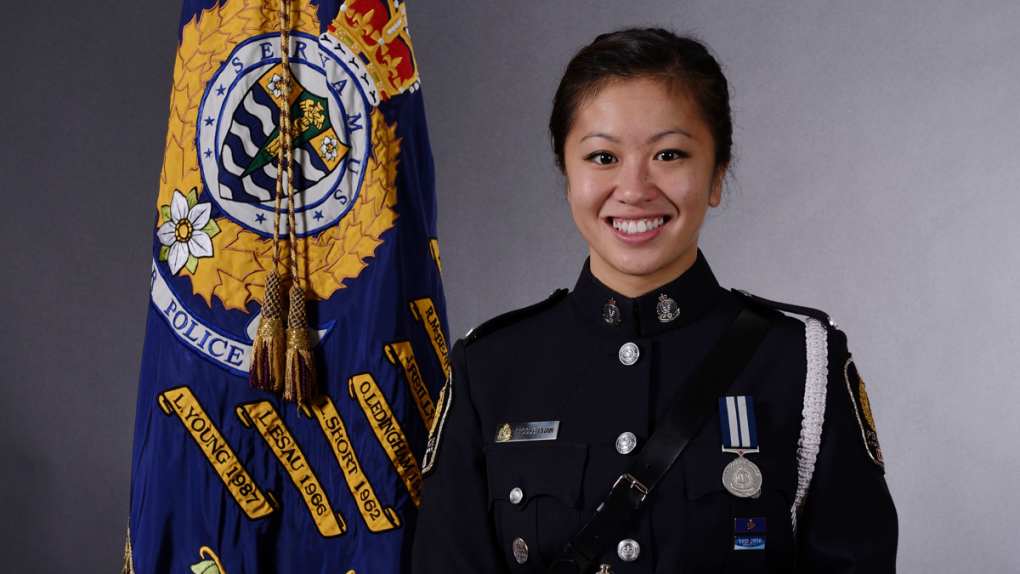 Warning: This story contains details about a woman’s suicide. A list of resources for people struggling with suicidal thoughts or other mental health challenges can be found at the end.

Vancouver Police Const. Nicole Chan left behind a note the morning she took her own life, asking that her dog Ollie be given to her sister and saying that she was “so sorry,” and that “there’s nothing anyone could have done.”

Those details were part of heartbreaking testimony given Wednesday at the coroner’s inquest into her death.

Her boyfriend Jamie Gifford recounted Chan’s final hours, telling the jury she was very upset, and that he saw her with a makeshift noose, knives and scissors the night before she died.

He was concerned enough that he called police, and Chan was taken to Vancouver General Hospital. She was later released.

The next morning, Gifford returned home and found her body.

“When I entered the apartment it was very quiet and I called for Nicole, and there was no answer,” he told the jury.

“That’s when I noticed something tied to the door handle. It was very concerning to me. She had described this to me many times, and I told (my friend) Brandon just to wait at the door, and I opened the bedroom door and found her body,” he said.

Asked what happened next, Gifford took a long pause to compose himself and said: “I was a bit frantic and I told Brandon she was dead.”

Earlier Wednesday, a psychologist asked to do an assessment of Chan’s well-being by WorkSafeBC told the inquest about the officer’s troubled relationship with two senior officers, in particular Sgt. Dave Van Patten, who Chan felt tried to coerce her into having sex.

“She stated that if the investigation of Sgt. Van Patten’s conduct had a negative outcome for her, she might kill herself as a message to the VPD,” testified Dr. Susanne Shibler.

Her family has launched a civil suit, alleging Chan had been sexually harassed and assaulted.

Testimony in the coroner’s inquest is expected to wrap up next week. That’s when the jury will be asked to make recommendations to prevent a death like hers from happening again.


If you or someone you know is in crisis, these are some resources that are available: