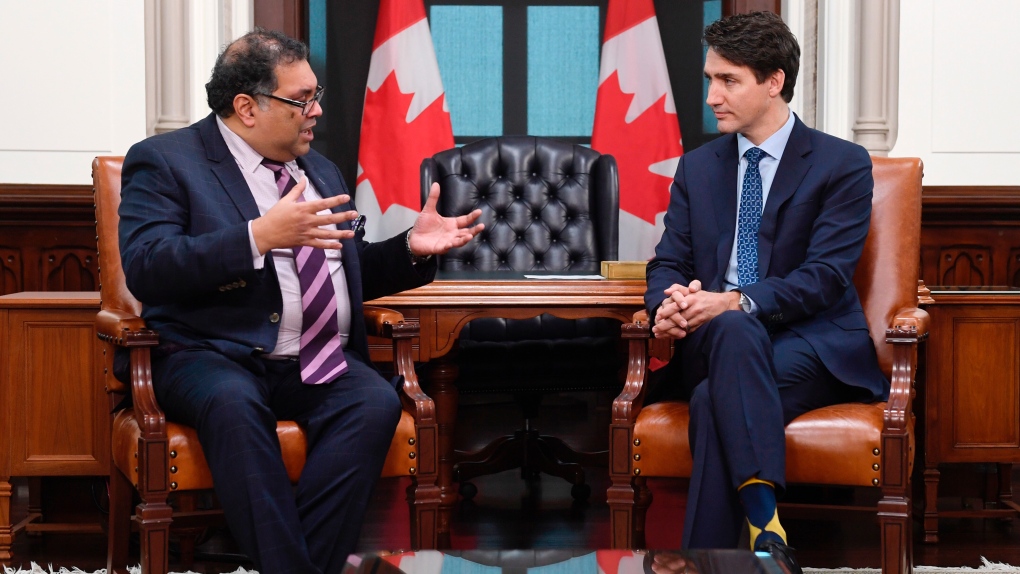 I turned 50 earlier this year. I always know how old I am because I coincide with two major events in Canada’s history: the Summit Series and Paul Henderson’s goal, and another moment that changed the fabric of this country forever. For arguably the first time, Canada extended its hand to refugees who looked different, who worshiped differently than most Canadians, but who needed help.

And nothing was ever the same again.

First some history. In the early part of the last century, as Europeans flocked to North America and particularly to the Canadian west in search of a better future for their families, a similar migration was happening on the other side of the world. British subjects in India, largely members of minority religious communities, were encouraged by the British to migrate to a land of opportunity and help the British settle the place. In this case it was Africa, and thousands of men flocked to work on the railroads, to start small businesses and to grow their families. They moved across the continent, with many (like Gandhi himself) in South Africa, some in places like Mozambique, where their families learned Portuguese, some in Congo, where they operated in French, and many in the nations of East Africa where they continued a very English life.

(An aside. In the 1930s, two sisters both boarded ships in Western India, bound for Africa, to marry men they didn’t know. One was 12, one was 14. One ended up in Tanzania and learned a little English, the other in Mozambique where she learned a little Portuguese. They stayed in touch through letters as they both had many children and raised them through a lot of turmoil. And that’s why my mother has cousins ​​in Lisbon today.)

In the 1960s, as these African nations won their hard-earned independence, resentment towards the Asian communities grew. They were wealthier than the African communities, by and large, and were seen as coddled by the British, and life became a bit more difficult.

My parents, hotel staff in Tanzania, had met some Canadian aid workers and managed to immigrate to Canada in July 1971. Just before they left, my mother discovered she was pregnant but they made the journey anyway.

BUILDING A COMMUNITY IN CANADA

To this day, my sister believes I am the first Ismaili Muslim born in Canada. I don’t know if that’s true, but I do know my parents came to a country with very few Indians. No one knew what a mango was. But they found a few people with familiar-sounding names in the phone book (people under 40, ask your parents what that is) and built a tiny community that tried to figure out this new land together.

Just a few months later, the world shifted. A year to the day before I was born, an insane megalomaniac called Idi Amin had come to power in Uganda. On his way to killing anywhere from 100,000 to 500,000 of his own people, he received a message from God, or so he claimed, saying he needed all the Asians to get out. Suddenly, tens of thousands of people who had lived in Uganda for generations found themselves stateless, including a particular young woman studying in England.

The Canadian government of the time, having just declared Canada to be a multicultural nation, had a dilemma. Most of these asylum seekers spoke English, and they were largely professionals and entrepreneurs, but they were, well, different.

The Aga Khan, spiritual leader of the Ismaili Muslims, prevailed on Prime Minister Pierre Trudeau to accept these people, many of whom were Ismailis, and 6,000 of them came to Canada all at once.

My parents and their friends, just figuring out the Canadian system, suddenly found themselves looking after thousands of others, as they struggled to create new lives.

And struggle there was, combined with sacrifice, service, and ultimately success. Refugees from Uganda and their families have achieved success in business, in politics, in academia, in the arts and social services, and in media. They even read us the evening news.

This week, members of the Aga Khan’s family are traveling across Canada to commemorate this 50th anniversary and inaugurate a number of projects: a new Diwan, or pavilion, at the magnificent Aga Khan Gardens outside of Edmonton, and groundbreaking on multi-generational community hubs including seniors housing in Toronto and Vancouver, to match the incredible Generations facility that opened in Calgary three years ago. They are also signing a new agreement with the Province of British Columbia focused on combating climate change and receiving a great honor from the City of Toronto.

Oh, and that stateless young woman who was studying in England? She gets to officially greet the family in her role as Lieutenant Governor, the King’s representative in Alberta.

HOW CANADIANS THINK ABOUT PLURALISM

But for me, the greatest legacy of that decision to bring in the Asian Ugandans is how it has changed the way we Canadians think about pluralism. Just a few years later, we welcomed more than 100,000 refugees from Vietnam (Calgary’s civic dish is bánh mì, feel free to fight me on this!) and have been a place of safety and hope for people from every corner of this broken world.

We are far from perfect, and we have a long way to go to create a truly anti-racist society, but it’s worth noting that even in our increasingly brittle public discourse, there is little to no anti-immigrant rhetoric.

In Québec, politicians are still defining the acceptable and flirting with xenophobia. Premier François Legault is the author of the disgusting Bill 21, and implied that immigration was linked with violence but then quickly called immigration “a source of wealth” while promising to cap the number of immigrants.

But in the rest of the country, mainstream politicians do not trade in that kind of language. Even the recent Conservative Party of Canada and United Conservative Party leadership race in Alberta, which have both seen the parties seemingly shift sharply to the right, candidates have avoided the kind of anti-immigrant language similar parties have used across Europe and in the United States , despite the electoral success of such policies in places such as Hungary, Sweden, and Italy.

I like to think that’s because we have come to a consensus after these 50 years, that a pluralistic Canada is a stronger Canada, that a welcoming Canada is a better Canada. It’s not easy, and we have to fight for it every day, but it’s a fight worth having.