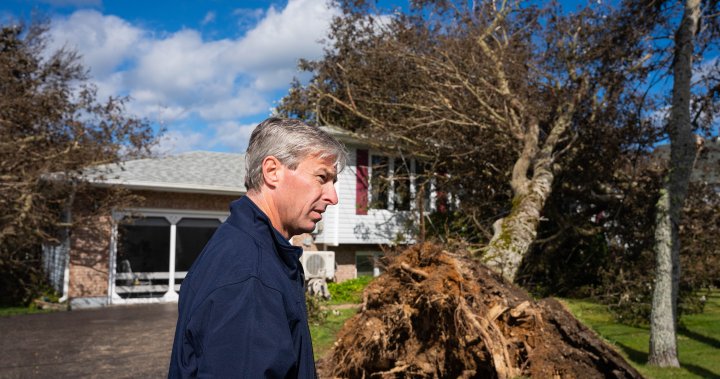 Nova Scotia Premier Tim Houston is calling on the federal government to hold telecommunications companies accountable after post-tropical storm Fiona swept through the region over the weekend, leaving many without power — and the ability to communicate.

In a letter Wednesday to François-Philippe Champagne, the federal minister of Innovation, Science and Industry — and the minister responsible for telecommunications — Houston said he was disappointed “with the poor participation and support from telecommunications companies before, during and after this event. ”

He said the province’s Emergency Management Office (EMO) began preparing for Fiona a week before the storm arrived, and the office contacted “key critical infrastructure partners” to request that they send a representative to the provincial coordination centre.

Atlantic telecommunications reliability under question after service failures during Fiona

Initially, not a single telecommunications company was willing to send someone, Houston said.

“Only after complaints from EMO to their senior leadership did Bell agree to send an agency representative in person, and they attended two days before announcing they were working virtually,” the letter said.

It said Eastlink, Rogers and Telus took part in briefings and communicated with staff virtually, but declined to attend the provincial coordingation cente in-person during the initial response.

“It was only after three days and public and media pressure that the companies sent representatives in person to the (centre,),” the letter said.

“While improvements have been made to cellular and landline service, there are still many cell towers operating on generators and service is unreliable in areas of Cape Breton.”

5:46
Calls for improved disaster response in wake of Fiona

Calls for improved disaster response in wake of Fiona

Houston noted that other partners — such as Nova Scotia Power, the Canadian Red Cross, and municipalities within the province — have never declined to take part in news briefings about Fiona, “which have been broadcast live on the radio and are one of the only ways to reach Nova Scotians with no cell or landline service.”

“Our telecommunications partners have had little to no involvement in these briefings. Their absence is notable,” said Houston.

“When they do make a spokesperson available to media, questions about how many customers are without service and where, and when Nova Scotians can expect to have their service restored, have largely been unanswered.”

A release from the province Wednesday noted that “many” Nova Scotians were still without access to reliable communications four days after the storm, impeding their ability to call 911 in an emergency.

“Nova Scotians have questions about when their service will be restored, how widespread the outages are and what the companies plan to do to ensure this never happens again,” said Houston.

“It is unacceptable that there are Nova Scotians who can’t call 911 or connect with loved ones during this difficult time. There is no question we need our telecommunications companies to step up and be more transparent.”

Faster adaptation to climate change will save Canada billions: analysis

On Tuesday, when federal ministers were asked about Fiona response, Dominic LeBlanc spoke about cell service outages and regulations on behalf of Champagne.

He said the federal government has served notice to telecommunication companies that they’re expected to do everything they can to build up resiliency of their infrastructure and work collaboratively.

“The reassuring thing is that we’re hearing from all these companies that they also accept this responsibility,” he said.

It remains unclear how many Nova Scotians remain without cellular and internet service or when it will be fully restored.

In an emailed statement Tuesday, a Bell spokesperson said: “Most Bell network equipment sites across Nova Scotia remained operational throughout … Our teams across the region have been joined by neighboring crews, and are working extremely hard in challenging conditions to both restore power to the small number of sites still down.”