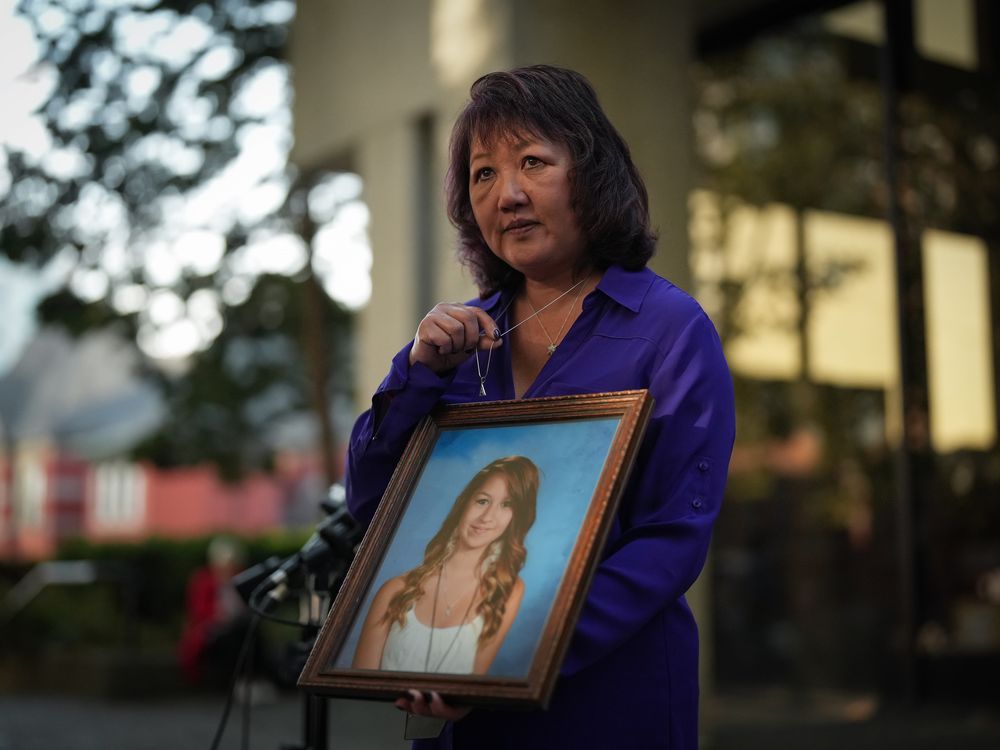 Carol Todd is worried the Dutch man convicted of harassing and extorting her teenage daughter, Amanda, who later died by suicide, may not serve any of the 13-year sentence handed to him by a British Columbia court last month.

Todd said she knew at the start of the BC Supreme Court trial for Aydin Coban last June that any sentence would be converted once he returned to the Netherlands.

“I didn’t know exactly what that meant. I thought that if he were sentenced to 10 years, maybe he would serve five,” she said in an interview on Thursday.

It wasn’t until a Dutch reporter contacted her after Coban was convicted in August that Todd said she learned it’s possible he may not serve the Canadian sentence because a court in his home country had already handed him a maximum term for similar crimes committed around the time he was harassing her daughter.

Coban was sentenced to nearly 11 years in 2014 for crimes involving more than 30 youth, before he was extradited to Canada in 2017 to face charges in relation to Amanda, including extortion, harassment and distribution of child pornography.

An information sheet by the Netherlands’ Ministry of Justice shows Dutch prisoners who are sent home after being convicted and sentenced abroad can either have prison terms commuted to the length of time they would have received for their crime in the Netherlands, or the term would be continued and served in full.

But a continued sentence “may never exceed the maximum sentence for the relevant crime in the Netherlands,” the document says.

Todd said the Dutch reporter spoke with lawyers who indicatedDutch law also stipulates when someone is convicted and sentenced, then found guilty of the same kind of offense in the same time period, the existing punishment applies.

Todd reached out to Crown prosecutors in BC after the publication of the Dutch journalist’s story about the potential conversion of Coban’s sentence, she said.

They verified that was the law, she said.

It’s “heartbreaking” to know Coban may not spend his Canadian sentence behind bars, she said.

Instead, she was “hoping for some karma,” Todd said with a chuckle.

Todd said she reminds herself the trial served a “good purpose” in Canadian law by setting a precedent for sentencing those who exploit children online.

“I have to keep that forefront, because if I don’t, I’ll get frustrated, and sort of angry.”

Over the course of the nine-week trial in BC, the court heard Coban used 22 aliases to harass Amanda over two years, starting when she was 12 years old.

The trial heard Coban made good on his threats to send photos of Amanda exposing her breasts to her family, friends and school administrators unless she complied with his demands to perform sexual “shows” in front of a web camera.

Amanda was 15 when she took her own life in October 2012 in her Port Coquitlam, BC, home, a few weeks after posting a video using flash cards to describe being tormented by an online predator.

“I have considered Amanda’s words as expressed through her video and through messages she sent when she was alive,” Devlin told the court.

“She couldn’t escape the images or videos. It was a ‘never-ending story,’ she said, quoting from Todd’s description of her order in the video.

Todd said her daughter would have turned 26 this weekend, just as Coban is set to be transported back to his country to serve the remainder of his Dutch sentence.

The trial heard he must be taken back within 45 days of his Canadian sentencing, a deadline which falls next week. The Department of Justice said Thursday Coban had not yet been returned.

Todd said she’s asked Crown prosecutors in BC to inform her when Coban has arrived back to his home country. She did not know when the hearing to convert his sentence may take place, but she is hoping to attend virtually, she said.

Todd attended Coban’s Dutch trial and said Amanda’s case was not considered part of those proceedings, but as a separate case to be heard in a Canadian courtroom.