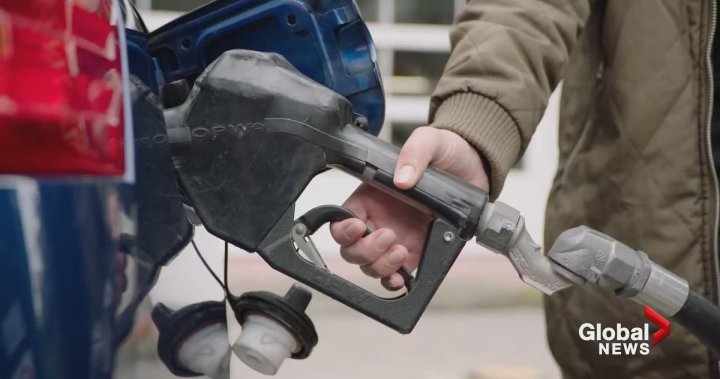 Metro Vancouver drivers headed to the gas station are facing sticker shock this week, and one analyst suggests there is more pain on the ay.

Petroleum analyst Dan McTeague with Canadians for Affordable Energy attributed the rising prices to conditions south of the border.

“Extraordinarily tight supply on the US west coast made worse by about a week ago the Phillips 66 Ferndale Washington refiner went down for maintenance,” he told Global News earlier this week.

“This is something a lot of refineries across the US have held off doing, particularly given the strong demand this summer.”

4:41
Metro Vancouver gas prices are on their way up again

Metro Vancouver gas prices are on their way up again

The surging fuel prices have been adding strain to Metro Vancouverites already feeling the pinch of inflation at the grocery store and elsewhere, and many motorists Global spoke with Friday said they were cutting back on driving if possible.

Car-share program Evo has been blanketing the airwaves with advertisements, and the BCAA-operated service told Global News it had recently surpassed 200,000 members.

“We regularly do research with our members and they are telling us that gas prices are a factor in the number of trips they are taking,” Evo director Amtis Khorsandi told Global News.

“Some have even told us they’ve chosen to sell their vehicle.”

While this week’s fuel prices have climbed to the highest they’ve been since early August, they’re likely to go higher still.

McTeague forecast another two cent hike on Saturday, followed by a whopping 13 cent hike on Sunday, leaving gas prices in the range of $2.33.9 per litre.