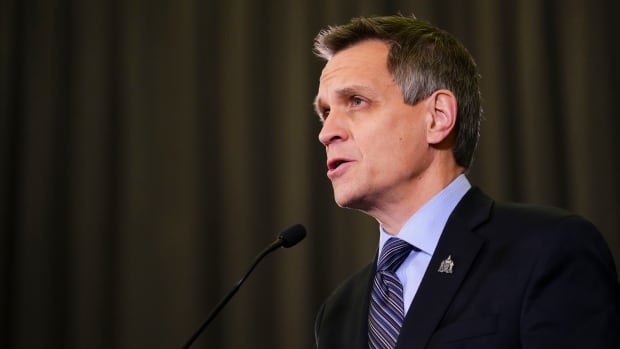 Ottawa faces a “challenging time” and council will need to keep life affordable for residents in 2023 while also winning back their trust, Mayor Mark Sutcliffe says.

Sutcliffe delivered a brief address Wednesday to kick off the first council meeting of the year — one much shorter than state-of-the-city speeches delivered by former mayor Jim Watson, some of which lasted close to an hour.

Speaking for roughly 12 minutes, Sutcliffe cited challenges like the rising cost of living, the ongoing housing crisis, more people struggling with homelessness and mental illness, and the recent LRT shutdowns.

He also expressed optimism that after a tumultuous 2022, council would “put the events of last year” behind them.

“There’s no question that after the convoy and the light rail inquiry, many Ottawa residents finished the year feeling like our collective reputation has been damaged,” Sutcliffe said.

“Despite all that, I am filled with hope.”

‘It’s not going to be perfect’

Sutcliffe, whose election campaign included a promise to raise property taxes no more than 2.5 per cent, said affordability “must be a priority” as council gets set to table its 2023 budget next week.

“We’ll need to communicate transparently on the state of our finances, and the much-needed improvements we need to make in housing, transit, emergency and social services, the environment and public safety,” he said.

That transparency, Sutcliffe said, goes hand in hand with a wider need for council to rebuild public trust — although he acknowledged there would be bumps along the way, particularly when it comes to the transit network.

Sutcliffe said he’d already noticed a “spirit of collaboration” around the new council table, a marked contrast from the acrimony that at times dominated the last months of Watson’s tenure.

“Let’s continue to be respectful to each other,” he urged. “Because we’re all working hard, and we all want the same thing: a better city for everyone.”