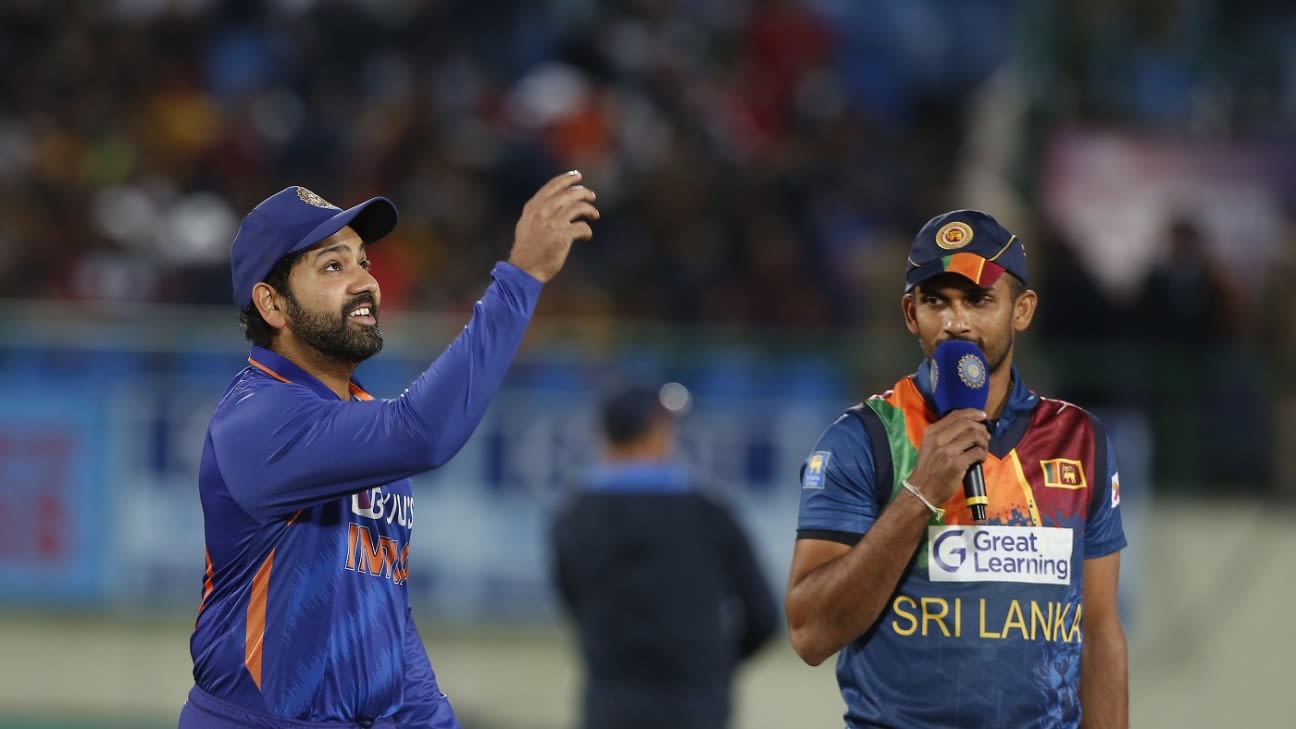 One bad result is all it takes to leave a team staring at possible elimination from the Asia Cup. Pakistan faced – and overcame – that challenge after losing to India in the group stages. And now it’s India who are in a precarious position after losing to Pakistan in the Super 4 round.

Rohit Sharma’s team cannot afford to lose to Sri Lanka in Dubai on Tuesday. If they do so, the defending champions will have to rely on other results going their way to have a chance of making the final. And Sri Lanka will become favorites for a place in the summit clash.

Sri Lanka didn’t start the tournament well. They were dismissed for 105 in the opening game and then watched Afghanistan run down the target with 59 balls to spare. Since then, however, Sri Lanka have had two morale-boosting wins, chasing down 184 in a must-win group game against Bangladesh, and 176 in their first Super 4 match against Afghanistan.
Sri Lanka’s batters aren’t globe-trotting T20 superstars but a big target seems to liberate them. Against Afghanistan, Pathum Nissanka, Kusal Mendis, Danushka Gunathilaka and Bhanuka Rajapaksa smashed quick 30s to overpower Rahmanullah Gurbaz’s 45-ball 84. They may follow the same plan in a chase against India as well.
Though India lost off the penultimate ball against Pakistan, they had a couple of big positives in that game. After a first-ball duck and a 39-ball 36 in his first two innings, KL Rahul found fluency and played some gorgeous shots during his 20-ball 28. His straight whip for six off Naseem Shah was arguably the shot of the match. Virat Kohli also looked close to his best, making a “conscious effort” to score at a higher rate. While Kohli was at the crease, he scored 60 runs off 44 balls; batters at the other end scored 45 off 45.
But as far as their campaign is concerned, it’s crunch time, and India must beat Sri Lanka to stay in control of their own fate at the Asia Cup. They will draw confidence from the fact that they whitewashed them at home in the three-match T20I series earlier this year.

Pakistan’s Mohammad Nawaz and Shadab Khan stifled India on Sunday, and Sri Lanka will hope their spinners Wanindu Hasaranga and Maheesh Theekshana can do the same. Both Hasaranga and Theekshana have impressive numbers in the UAE, and also have experience of bowling to the Indian batters at the IPL. On the flip side, India too will be aware of the tricks they have. All in all, it could be a contest that decides the game.

After going wicketless in India’s first two games of the Asia Cup, Yuzvendra Chahal had figures of 1 for 43 from his four overs in the Super 4 game against Pakistan. That performance was on a pitch where the other three spinners in the match had combined figures of 4 for 82 from 12 overs (economy 6.83). In the absence of Jasprit Bumrah, Harshal Patel and Ravindra Jadeja, India needed Chahal to up his game.

The last three games in Dubai featured five innings with scores in excess of 180. However, it all depends on which pitch Tuesday’s match will be played on, and its location on the square will decide if there’s a shorter boundary for batters to exploit. Evening temperatures will be around 35°C and the night will not be much cooler, which reduces the chances of dew playing a role in the chase.

Expect Sri Lanka, searching for a hat-trick of wins, to stick with the same XI.

With Avesh Khan available, India could return to their original combination of three specialist fast bowlers, one specialist spinner, and two allrounders. That could mean Ravi Bishnoi, despite doing well against Pakistan, making way for Axar Patel.
With Axar being a left-hand batter, and Hasaranga the only spinner with a stock ball that turns away from right-handers, India could also replace Rishabh Pant with their designated finisher Dinesh Karthik.

“When you are under pressure, anyone can make a mistake. It was a big match. The situation was also tight… but when the environment is good, you learn from those situations. And you look forward to the next opportunity. I give the credit to the captain and the team management for creating such an environment where everyone feels that the next time such an opportunity comes, we want to seize it.”
Virat Kohlic backs Arshdeep Singh after the bowler dropped a crucial catch in the defeat to Pakistan