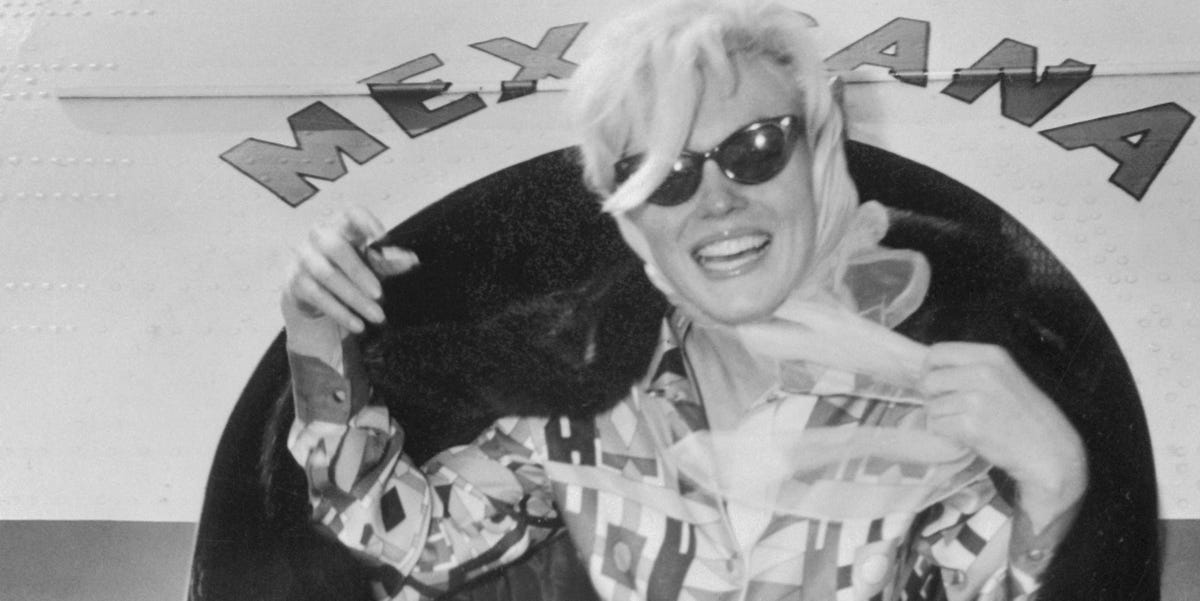 When Norma Jeane Baker entered Hollywood for the first time in 1946, she quickly became aware of who she would need to become to make it big.

Marilyn Monroe is one of America’s most recognizable pop culture icons, though her rise to fame comes at a devastating cost. The new Netflix movie “Blonde” depicts a fictionalized account of Norma Jeane and the character she created, with Cuban-born actress Ana de Armas cast as Monroe.

“Blonde,” based on a novel by Joyce Carol Oates, “promises an untold look at the iconic movie star’s Latina heritage and one of her final trips to Mexico,” according to a Variety article that first reported on the film’s production.

Monroe had Mexican roots, and frequently visited her mother’s birth country in the final years of her life.

But Hollywood has historically favored whiteness, and the 20th-century film industry was no exception. Monroe’s fame and success was built upon her image as the all-American girl — a persona she helped craft and ultimately controlled as she rose the ranks of Hollywood.

Monroe’s mother was born in Mexico

Monroe’s mother, Gladys Pearl Monroe, was born in Piedras Negras, Mexico, in 1902, according to birth registration documents. The Monroes had immigrated to the town, just across the border from Eagle Pass, Texas, after a series of droughts ravaged the Midwest in the 1980s.

American immigration to Mexico was not unusual at the time. The then-president of Mexico, General Porfirio Díaz, opened up the country to foreign businesses and American immigrants to help with industrialization. Monroe’s maternal grandfather, Otis Monroe, worked at a railroad in Piedras Negras.

Gladys, who struggled with both mental and financial problems, dropped her daughter off at a foster home, though she continued to make frequent visits. She was eventually institutionalized for paranoid schizophrenia, leaving Norma Jeane to wind through orphanages and foster homes.

The creation of Marilyn Monroe

In 1945, Norma Jeane began modeling, and signed an acting contract with 20th Century Fox a year later. She dyed her hair platinum blonde, and picked her stage name: Marilyn Monroe.

Monroe was presented as an all-American girl, and she herself played a significant part in the creation of her public image. Along with her makeup artist, Allan “Whitey” Snyder, Monroe developed her signature look: pale skin, blonde hair, dark arched eyebrows, plump lips, and a beauty mark. She started landing bit parts in movies, finally making her big break with a trio of movies in 1953 that cemented her as one of Hollywood’s major sex symbols and one of its most bankable stars.

Over the course of her career, Monroe exerted full control over her persona and used it to her professional advantage. She had to be “very smart” and “very tough” to “beat the Hollywood studio system in the 1950s,” according to cultural critic Sarah Churchwell.

“The dumb blonde was a role — she was an actress, for heaven’s sake!” Churchwell said.

In the 1940s and 50s, many actors and actresses changed their names to land jobs in Hollywood. Margarita Carmen Cansino, for example, became Rita Hayworth, and Raquel Tejada became Raquel Welch. Welch, who grew up with a father who tried to assimilate at all costs, even banning Spanish at home, acknowledged her Latin heritage only after decades in the industry.

While Monroe was racially white, she consciously built up and hewed to her image of an all-American girl. She was perceived as a specifically American star, “a national institution as well known as hot dogs, apple pie, or baseball,” according to Photoplay.

Monroe had always chafed at her lack of control on film sets, once saying she was “tired of the same old sex roles” — stresses that led her to begin to use barbiturates and other drugs.

Monroe launched her own production company in 1955, and, in the years leading up to her death in 1962, traveled more frequently to Mexico.

There, she met Spanish directors like Luis Buñuel and the Mexican actress Silvia Pinal, and ate tacos at El Taquito restaurant, serenaded by a mariachi band. Monroe also had a dalliance with the Mexican director José Bolaños, who escorted her to the Golden Globes in 1962.

In her final photo shoot with photographer George Barris, Monroe wore a Mexican sweater in some of her shots.