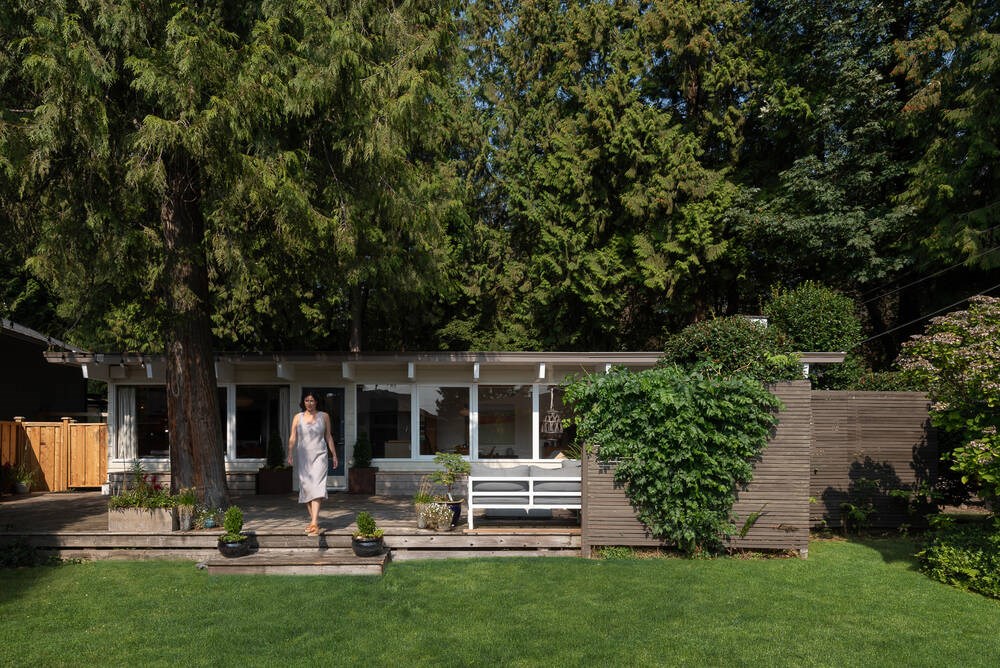 The 2,200-square foot home sits on a quarter-acre lot in the Westview neighbourhood

Mixing mid-century modern architecture and contemporary style, a newly listed single-floor home in North Vancouver is sure to draw some googly eyes from MCM fans.

Originally commissioned for the Wick family in 1958, the “Rancher House” at 516 22nd St. West has undergone a 10-year restoration project.

The 2,254-square-foot home on a quarter-acre lot in North Vancouver’s Westview neighborhood was listed Friday at $2.5 million by West Coast Modern.

According to agent Trent Rodney, most homes in this style on the North Shore have been demolished, and this restoration rivals mid-century homes that you would find in Palm Springs, Calif.

This rancher was owned by a celebrity manager from Los Angeles and a local architect couple, who “leaned into a vision that is as true to its Californian influences as it takes advantage of its forested setting of the Pacific Northwest.”

West Coast Modern said the renovation celebrates its original close-to-the-ground profile, preserving each wing’s connection to nature while bringing a contemporary approach to a mid-century design.

The home features walnut paneling in the family room complete with vintage Cado wall systems, old-growth fir beams, banks of southern windows with four-foot overhangs and a plaster fireplace. The kitchen and bathrooms have updated fixtures and appliances.

There’s an architectural tour open to the public on Sunday (Sept. 25). To attend, book a spot on West Coast Modern’s website.