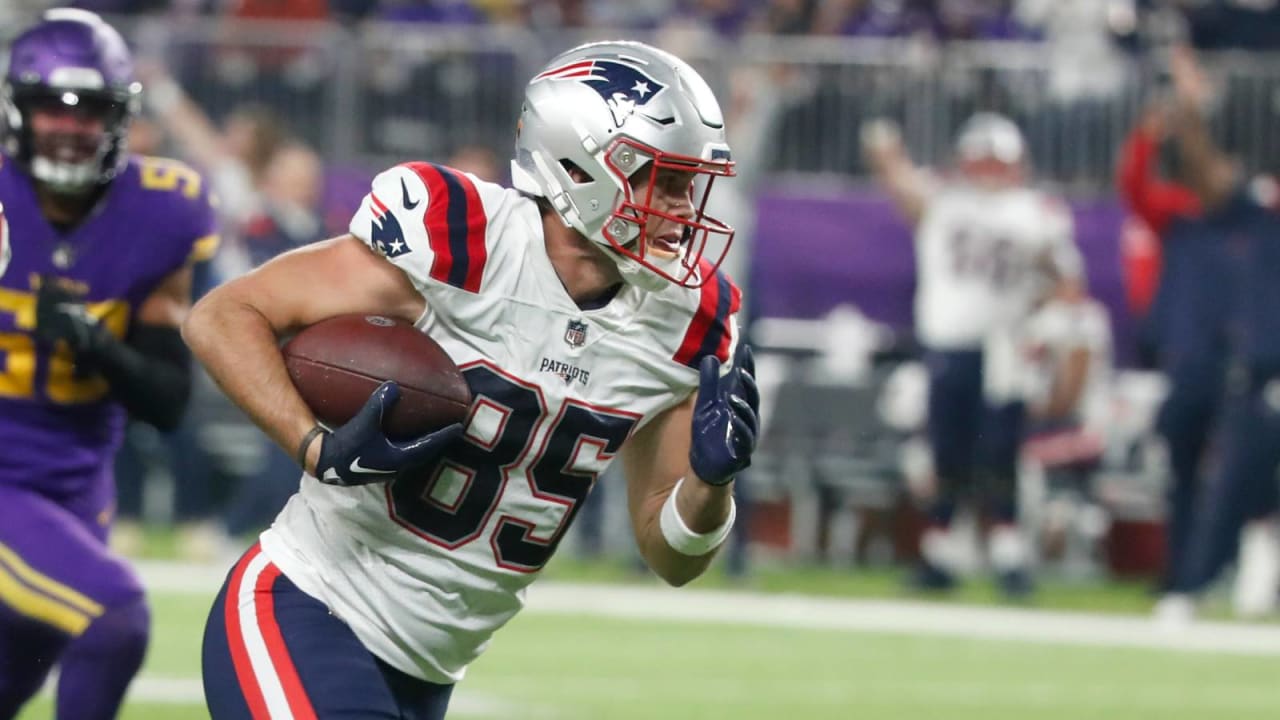 The New England Patriots offense was on a roll in the third quarter Thursday night, moving the ball at will against the Minnesota Vikings’ defense. It appeared Pats tight end Hunter Henry scored his second TD in as many drives, but the 6-yard score was overturned by replay, forcing the Patriots to settle for a field goal.

The four-point swing was a killer for New England, who ultimately fell 33-26.

“They made the call. Just got to live with it.”

Henry snagged the ball and reached the pigskin over the goal line. Referees called the play a touchdown live. After review, it was determined that Henry didn’t maintain control going to the ground.

Bill Belichick wasn’t in the mood to rehash the key play.

“Why don’t you guys go to the officials with your pool reporter and ask them about the play and let them explain it to you?” he retorted after the game. “Right? Isn’t that what you do? Thank you.”

All right, Bill, we’ll move on to that. No need to get tested.

ESPN’s Mike Reiss spoke with NFL Senior Vice President of Officiating Walt Anderson, who said the ball touched the ground, and then Henry lost control leading to the incomplete ruling.

Anderson was asked why Henry wasn’t granted possession before the ball hit the ground.

With Henry’s hand underneath the ball, it’s challenging to see the sliver of pigskin touch the turf that caused the incomplete pass. It takes slowing the play down frame by frame to see the ball graze the ground. To borrow a Jerry Jones line, it felt like refs were circumcising a mosquito to see evidence of the ball hitting the ground.

Usually, in such situations, the call on the field stands because it’s not “clear and obvious.” However, the replay team believed it was clear, even if most viewers of the play were torn.

Even Vikings coach Kevin O’Connell was surprised the touchdown was overturned.

“I think it’s one of those things that could have gone a lot of different ways. I was very happy that it went the way it did,” O’Connell said.

Asked about the play again Friday morning, Belichick noted there was still time to make a play following the decision.

“I don’t know. It was a four-point play,” he said when asked how much the momentum got stymied by the review, via Alex Barth or 98.5 The Sports Hub. “I don’t know. There were a lot of other things that happened besides that.”

Down the stretch, New England’s offense had chances to make a play but came up short, going 3-and-out on its next two possessions before a turnover on downs and a futile fine drive with no timeouts left.

“We have to move on from that [overturned] play and play the rest of the game. There was plenty of time left,” quarterback Mac Jones said. “There were other times we could have punched it in and that wouldn’t have been an issue. One call cannot determine the outcome. We have to be able to do better, so it’s not even close.”

The loss dropped the Pats to 6-5, and currently out of playoff position in the AFC.