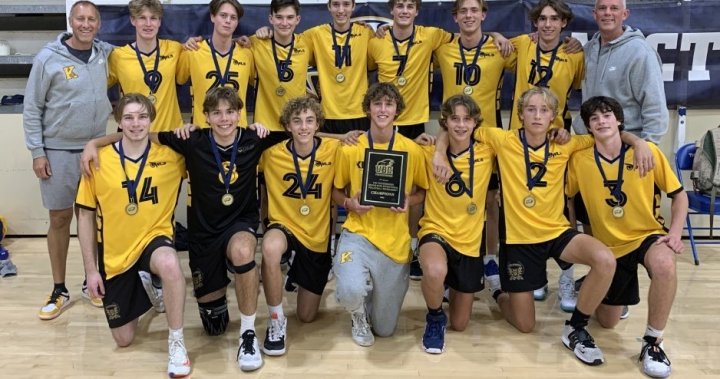 The field is set, and BC’s best volleyball teams will be crowned in the Okanagan next week.

Kelowna Secondary School is hosting next week’s BC boys 3A championship, which is slated to run from Nov. 30 to Dec. 3.

The Owls are the defending provincial champions, and are on a roll, having won every tournament they’ve entered this season.

Kelowna, BC school hosting top single ‘A’ boys volleyball teams from the valley

The 16-team tournament is divided into four groups of four, with KSS in Pool A, along with McMath of Richmond, Claremont of Victoria and Sa-hali of Kamloops.

The Owls have a tall lineup, with only one player under six feet in height. However, KSS doesn’t have the tallest player, with two other schools (Elgin Park of Surrey and Kitsilano) each having a player listed at 6-foot-8.

Okanagan Mission is also in the tournament and will compete in Pool C, along with Mt. Baker of Cranbrook, Moscrop of Burnaby and Steveston-London.

The medal games are slated for Saturday, with the championship game scheduled for 3:30 pm

The tournament schedule is available online.


Elsewhere in BC, Duncan will host the boys 1A volleyball championship, with Victoria hosting the boys 2A championship.

The 3A tournament will take place in Lake Country at George Elliot Secondary and Okanagan Mission in Kelowna hosting the 4A tournament.

1:41
Huskies volleyball teams looking to build on past successes in 2022-23