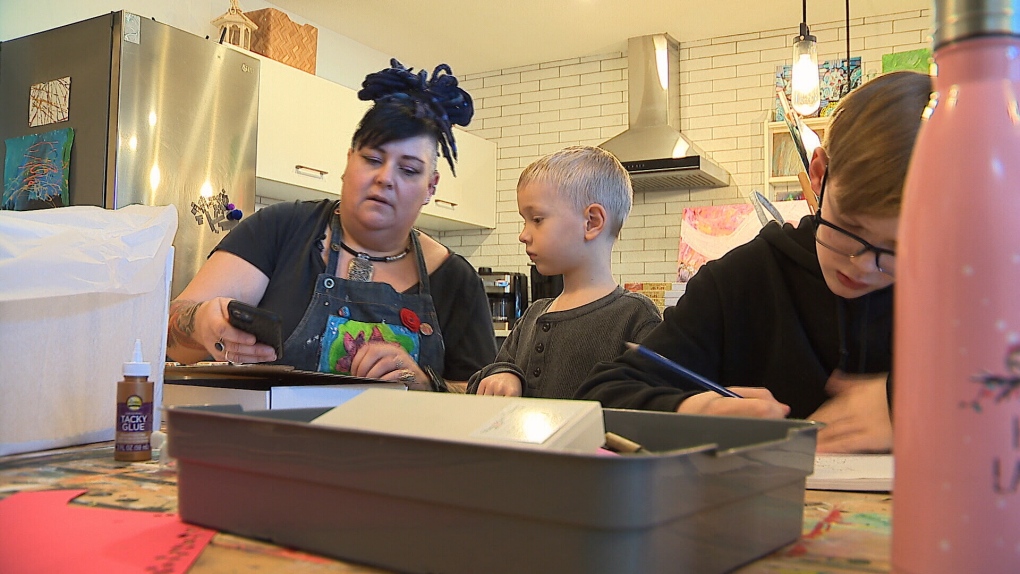 A Canadian charity is helping individuals with mental health struggles — not with medication or therapy — but by helping applicants start their own businesses.

Rise is a Toronto-based national program that offers small start-up loans, business coaching, and training to people with addictions and mental disorders, an effective formula that boasts success stories like that of 34-year-old old Darcy Alemany.

Like many Canadians, Alemany suffered during the pandemic with his mental health declining. “I felt like I had nowhere to go when I had no one to turn to. And at the time, it felt like there was never going to end,” he told CTV News.

He says he was diagnosed with depression and anxiety. Part of his therapy was to find something he enjoyed doing.

Though he had a full-time job, Alemany began using his spare time to make lapel pins to help him define his gender identity.

“I have difficulty expressing myself as a gay male, and being intersex at the same time,” said Alemany.

To his surprise, others wanted them too. So in early 2021, he started a business called Pin-Ace. Customers can choose from 36 gender identity pins, that can also be combined and customized to express unique personalities.

“Being able to express yourself and being able to communicate about yourself is a huge factor especially in the lives of queer and trans folk,” said Alemany. “They may not have had the tools before…”

Rise, he says, helped him devise a business plan, coaching and training. A loan is there if he needs it, but sales have been rising so quickly, he likely won’t need one. Alemany estimates Pin-Ace sales may top $500,000 by 2023.

Incoming applications have been growing. Last year, Smith says Rise received 900 requests for funding or training double that of previous years. Among the success stories are people who have started pet grooming shops, bakeries, and leather shops, along with motivational speakers, musicians, and artists. Over its ten years in operation , Rise reports having loaned out nearly $3 million, helping launch over 700 businesses.

“The majority of our clients report increased self-confidence, increased ability to navigate difficult, difficult situations in their lives,” said Smith.

For some, it’s a side hustle for extra case. For others it’s financial independence. According to Rise surveys, 78 per cent report a decrease in the amount of provincial income support they receive as a result of their business.

“We did a recent survey of our clients this past fall, and we do know that four, five out of five of our clients are still operating a business, with an 88 per cent loan repayment rate,” said Smith, which helps fund the next batch of would be entrepreneurs.

Michelle Tasa, a Calgary mother and teacher, applied for a loan after a series of traumatic events that upended her mental health.

My life kind of blew up,” said Tasa. I couldn’t function,” she told CTV News.

Her husband, who had long suffered with a neurological disease, had recently died, and Tasa had taken a teaching job in China with her two children in tow. When COVID-19 hit, she struggled upon her return to Alberta.

“We just spent all of our savings to get home. It was by then sort of an emergency situation,” she said. The years of stress, and grief, sent her to the hospital where she was diagnosed with complex PTSD, along with depression.

Unable to return to a regular teaching position to support her family, Tasa applied for a start-up loan from Rise, for $10,000. That helped her launch Art Pourings, a business that offers art classes and home schooling, named after how Tasa said she coped with the stress of her life “with art pouring out of me and healing,” she said.

“I discovered an entrepreneurial spirit within myself. And Rise has definitely helped me with that,” said Tasa.

Rise helped her design a business plan. She says she talks with her mentor regularly. Tasa has a few other side jobs to make ends meet but knows her business is giving her purpose.

“I made a life where I’m actually contributing. So I’m already winning,” Tasa said

And she is grateful for the support.

“A mental health diagnosis does not mean that you cannot be successful, intelligent, and an entrepreneur,” Tasa added.

“Can I say that the business cured me? No, not at all. I still have tough days,” said Alemany. “But even despite these challenges, the business allows me to feel hopeful. I feel a lot less bleak now,” he said.