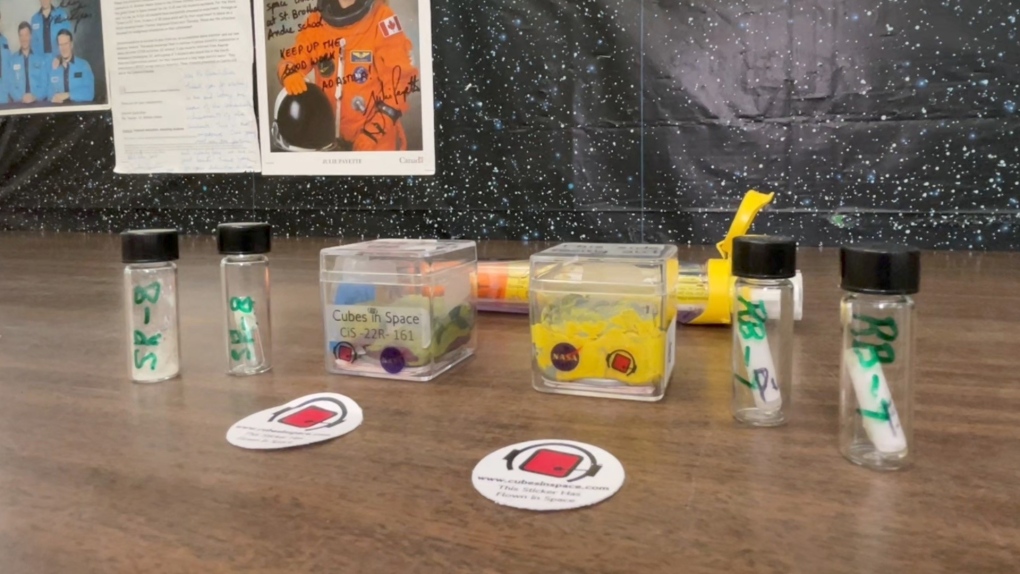 Gifted students at St. Brother André Elementary School in Ottawa have made a groundbreaking discovery through the “Cubes in Space” program, which allows them to send experiments in tiny cubes into space on NASA missions.

The Program for Gifted Learners, or PGL, gave the students the opportunity to conduct research on the effects of cosmic radiation on the molecular structure of epinephrine, a medication used in emergencies to treat severe allergic reactions.

“We had two experiments,” said Raina Smith, a PGL student at St. Brother André. “For the pure epinephrine, when we sent it on the research balloon, it came back but only 87 per cent of it was actually epinephrine. Thirteen per cent of it turned into benzoic acid, which is extremely poisonous.”

Olivia Kwan, another student, said, “The professors that we partnered with didn’t think there would actually be any change, but there was an actual change. And we know now that EpiPens don’t work in space, unless we find a way to protect them.”

Chemistry and Bimolecular Professor Paul Mayer conducted the results in a lab at the University of Ottawa.

“We think it’s the interaction of the sample with cosmic radiation, which is this high energy stuff that, once you get up to a certain altitude, it goes through everything,” Mayer said.

Deborah Quail-Blier, the Program for Gifted Learners teacher at St. Brother André, said, “The students were excited and we ran with it, and the results were actually quite shocking.”

The students hope to continue their research and find a way to protect epinephrine and EpiPens in space.

“What we want to do now is to resend the same things we sent to space last year to see if we will get similar or the same results,” said PGL student Zachary Nachef, “and to try and engineer a capsule that could protect the epinephrine and EpiPen solution to keep it from becoming unusable.”

The students’ findings have not only helped them understand the effects of cosmic radiation on epinephrine, but also have real-world implications for space travel and the safety of astronauts.

“It was really cool when we found out from the professor,” said Kwan. “And it felt like we were really doing something to help.”