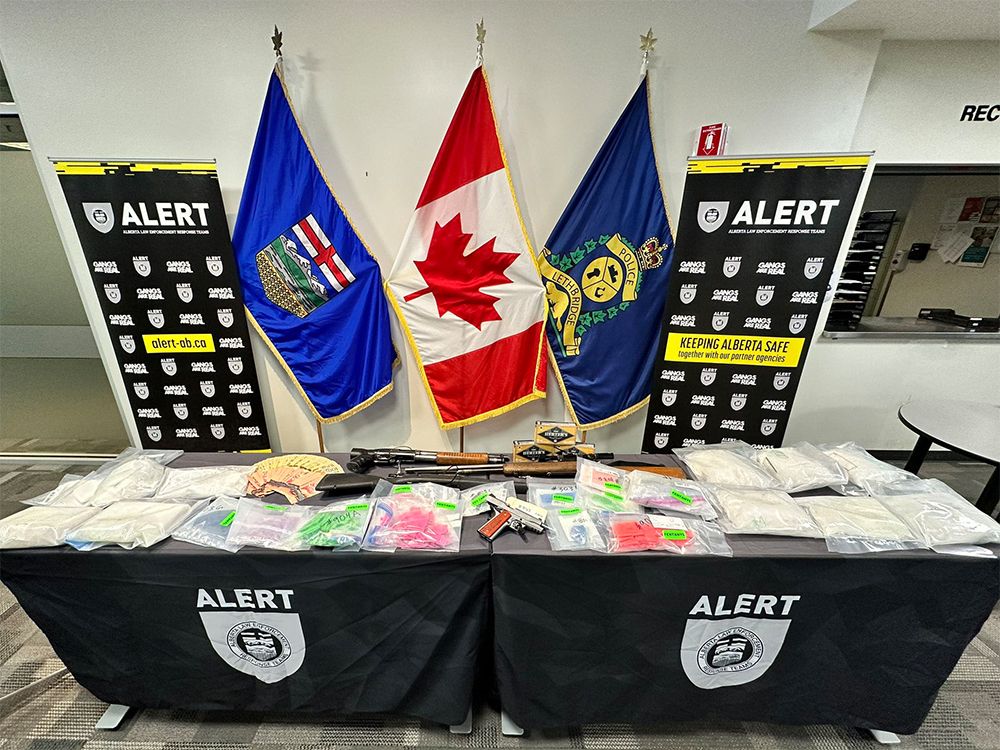 A massive seizure of drugs and cash worth over $1 million found in two homes and vehicles in Lethbridge has landed one man in custody with weapons and drug trafficking charges.

The Alberta Law Enforcement Response Teams (ALERT) organized crime team in Lethbridge, in collaboration with the Lethbridge Police Service, executed search warrants on two homes and two vehicles in Lethbridge on Dec. 20, 2022. The search found a cache of drugs with an estimated street value of more than $1 million.

“The seizure is believed to be one of the city’s largest and features record amounts of methamphetamine, fentanyl and cocaine,” ALERT said in a news release on Wednesday.

Included were 5.2 kilograms of methamphetamine, 3.2 kilograms of cocaine, 1.6 kilograms of fentanyl powder, 418 grams of ketamine and 35 grams of psilocybin mushrooms. About $79,000 in cash was also seized from the two homes, located in the London Road area and the neighborhood of Winston Churchill.

Patrick Rodney, 34, faces multiple weapons and drug charges, as well as a breach of probation charge.

Rodney remains in custody and will next appear in court on Thursday.

ALERT previously charged Rodney in a 2014 investigation that resulted in a firearms prohibition. Investigators began looking into Rodney again in October 2022 after receiving a tip.

The biggest drug seizure in Lethbridge was in 2017 when ALERT and Lethbridge police seized $1.2 million in drugs, including ecstasy pills, cannabis and psilocybin mushrooms.