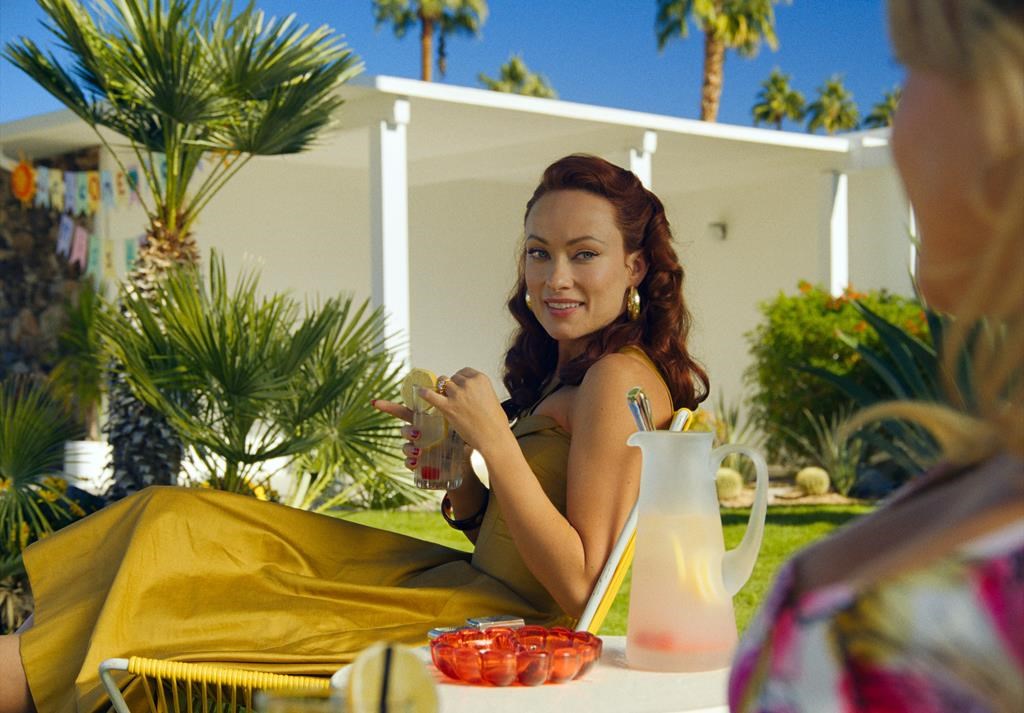 Don’t Worry Darling has already earned a ton of infamy for its behind the scenes drama. Did one actor actually spit on another at the Venice International Film Festival? What went down between Florence Pugh and Olivia Wilde behind the scenes? It’s sad to say, but the drama is more interesting than the final product.

Don’t Worry Darling is a decent enough endeavour, but despite an excellent lead performance, it doesn’t leave an impression after you leave the cinema. @CityNewsTO #DontWorryDarling pic.twitter.com/NjxvNXvVGn

The movie stars Florence Pugho (from Midsommar and Little Women) and Harry Styles (from Dunkirk and Eternals) as Alice and Jack, a happily married couple living in the company town of Victory. Everything seems good for them, as Alice is happy to throw parties and hang around with her neighbors while Jack hopes for a promotion from his boss Frank (played by Chris Pine from Star Trek and Wonder Woman). Alice begins to realize she doesn’t know exactly what her husband does, how they ended up in this town, and why everyone seems so content not knowing the answers to those questions. After a chance encounter on the outskirts of town, cracks begin to form and she starts to question her own reality.

Pugh, the centerpiece of the film, is easily one of our greatest working actors. Her performance here has shades similar to her role as a tortured person unsure of her reality in Midsommar, but she comes at the role of Alice from a different perspective. Alice is a happy woman who begins to question where that happiness is coming from, but her fall is still tremendous. Pugh excels at playing extreme distress, but every part of her performance here is given her all.

The same can’t be said for her most frequent scene partner, Harry Styles. He might be a fantastic pop star, but he’s less convincing as a seemingly-devoted husband. He feels frequently outclassed when acting opposite Pugh, sometimes retreating into himself or just relying on the strength of his voice. At times, watching this film feels like watching a scene between an actor of Meryl Streep’s caliber, and a teenager in drama class. A lot of Styles’ performance feels like it’s based on utilizing parts of his face or body, while Pugh is constantly throwing herself into her character. Perhaps after a few more years of romantic dramas, Styles might develop his own convincing style. But he’s not there yet.

Where the film does succeed is in fellow performances, such as from Chris Pine. As an industrialist via a cult leader, his role is eerily convincing and attractive. The moments where his facade slips are some of the most tense moments of the film, because we’re still drawn into him. The film also succeeds at unique visual elements, specifically where Pugh’s character starts to see the cracks. The production design of this town is immaculate, and looks like a 50s paradise. And the moments where it doesn’t look like a paradise are the moments the viewer feels the most engaged.

But the film’s narrative doesn’t keep up with its visual quality. Still, when the cracks of Pugh’s reality splits apart, the cracks in the narrative begin to show as well. The film takes its time building up the clues for the reveal, but it just feels like a race to the end after that. Almost as if as the crew couldn’t wait to be done with this film, just like the cast probably couldn’t wait to be done with the drama. this is Olivia Wilde’s second film as a director, and while she does show promise, this film felt like she bit off more than she could chew.

This film will arguably be more remembered for the drama it caused than the film itself. That said, it’s fine and entertaining enough, especially if you like Florence Pugh. You can watch it in cinemas now.