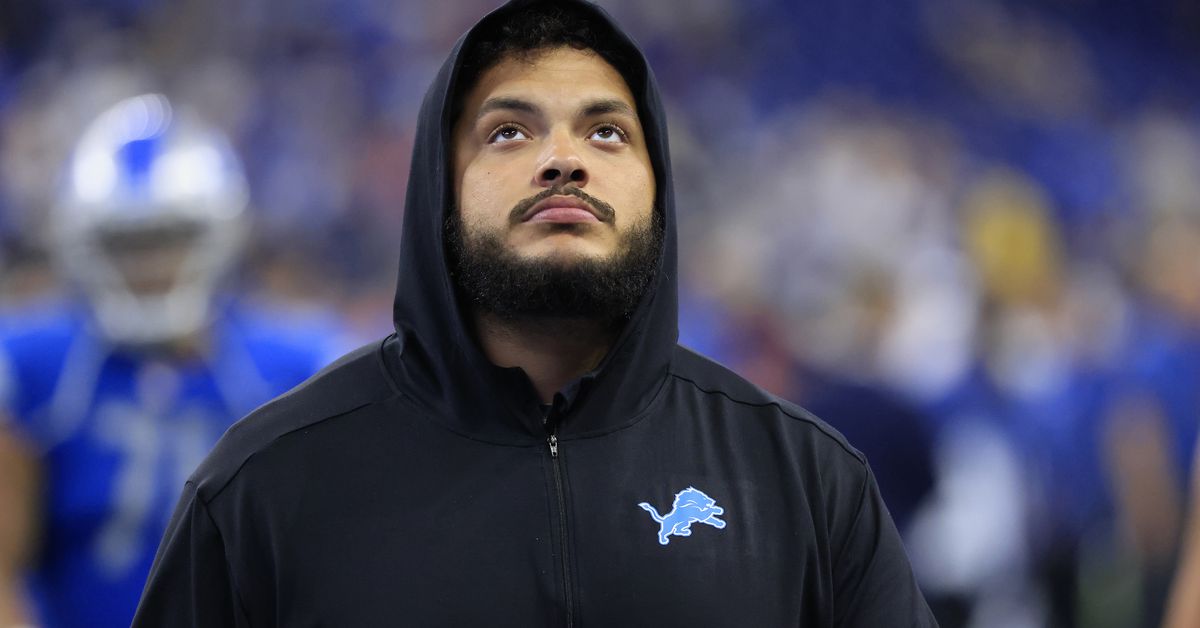 The Detroit Lions have declared their injury designations ahead of their Week 3 matchup with the Minnesota Vikings, and while they will still be missing their starting Pro Bowl left guard, Jonah Jackson, it appears they will get starting All-Pro center Frank Ragnow back in the lineup.

Note: Any changes from yesterday’s injury report will be bolded.

Jackson missed practice all week, and while he was seen moving around well, he is still not able to go this week. The Lions have options to replace Jackson at left guard, including shifting reserve center Evan Brown to left guard, but don’t be surprised if the team calls on Dan Skipper to start again this week. Skipper possesses the natural power the Lions desire in the guard position and he performed very well last week, especially in the run game.

Cominsky had wrist surgery on Tuesday and is expected to be out a “little while”, so this designation was anticipated. It seems natural that the Lions would keep Austin Bryant active this week to fill in as EDGE depth—he was a healthy scratch last week—but Cominsky’s biggest impact has been from the interior, so keep an eye on UDFA rookie Demetrius Taylor as a potential option for the subpackage interior pass rusher role.

Swift got two limited practices under his belt this week, and while the Lions have been taking a cautious approach to his injury management, he is expected to play on Sunday. “I think he’s fine,” Campbell assured during his Friday press conference.

Hockenson has gotten in three limited practices this week and the buzz surrounding him has been near silent, which is typically a strong indicator the team isn’t concerned with his status.

Ragnow also got in three limited practices this week and has slowly seen the participation level increase each day. Early signs are that he will return to the starting lineup this week, as long as his Saturday medical check is positive.

“Yeah, it’s good,” Campbell said of potentially getting Ragnow back. “Listen, I don’t want to go that far yet. I mean it’s certainly a step in the right direction. I would say it’s trending that way, but yet we want to see how he does today and then we’ll wake up tomorrow and see where he’s at. But certainly, if he can come back, it certainly helps. It’d be good to get him back.”

Hutchinson returned to practice on Friday, and at its conclusion, he spoke with the media, which is always a good sign the team believes a player will play in the upcoming game. Hutchinson further pushed that narrative, insisting that he is “feeling good” and will “be fine” to play on Sunday.

Not listed with an injury designation

Oruwariye looks like he will be returning to the starting lineup this week as well, as he has put together back-to-back full participation practices and is no longer listed with an injury designation.

Hughes was only limited on Wednesday and has been practicing in full since. Expect him to be ready to go.

Melifonwu got in a full week of practices, and after two weeks of being limited, he finally looks ready to contribute. How much and where is still to be determined, but a role on special teams seems likely.

Walker’s absence has still not been officially explained but he does not carry a designation into this game, suggesting he will be ready to go on Sunday in Minnesota.

It appears that the Vikings will be without starting safety Harrison Smith who has yet to pass the league’s concussion protocols. This would be a big blow to their secondary and he will likely be replaced by a combination of former Michigan safety Josh Metelus and first-round pick Lewis Cine—who has only played on one defensive snap this season.

Here’s the rest of the Vikings injury report, including the addition of linebacker Eric Kendricks with a toe injury. He was limited on Friday and is questionable for Sunday, but Vikings camp is optimistic he’ll play.