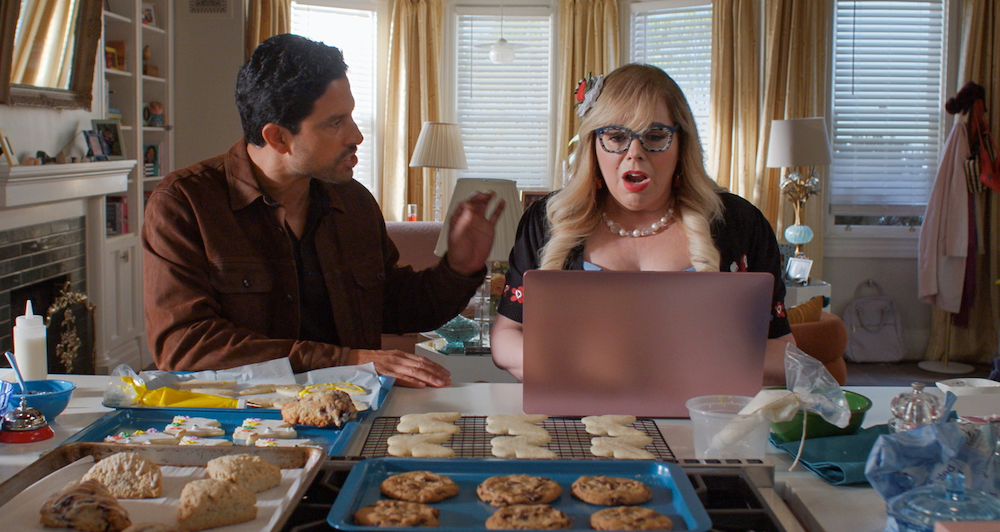 It’s been nearly three years since “Criminal Minds” ended, but a lot has changed within the BAU. When the new show begins, Garcia (Kirsten Vangsness) is no longer at the unit, and is living her best life. She thrived on her own throughout the pandemic and is enjoying a lighter, less murder-filled existence. Of course, that’s short-lived, as Alvez (Adam Rodriguez) comes knocking on her door in the premiere.

In a blink-if-you-miss-it moment, she references that they did go on a date — he finally asked her out during the 2020 finale — but it was simply “one dinner, three years ago” and they actually “thrive as frenemies.”

“I find the rollercoaster of being satisfied and dissatisfied very satisfying,” she says. “I’ve spent a lot of time with Adam. You get to see our evolution of our deep disdain for each other grow into a deeper disdain. During the pandemic, we got closer as people — by the end, we were having double dates with our partners!”

She adds that this season, which features more Garcia than ever before, it’s evident that the connection between the pair is effortless. “We trust each other so much,” says Vangsness.

Not everyone at the BAU is in such a positive space, though. David Rossi (Joe Mantegna) is in a dark place when the show begins, and it’s quickly revealed that his wife, Krystall, died about a year ago.

“I was pretty shocked at first when I read it,” Mantegna admits. “I’m very amused by this cartoon. It’s a two-frame and it’s a caveman looking up saying, ‘Oh God, why do you do this to me?’ and God says, ‘Why not?’ To me, that’s what life’s all about. You can’t orchestrate what happens to you in life, and you get knocked down — what are you going to do? Are you going to lay there or are you going to get up? So that’s where we find Rossi. He has a decision to make here. Things happen to good people and bad people. There’s no accounting for it.”

While he says that when audiences see Rossi again, he’s “let himself go.” “It scared me when I watched that first episode!” Mantegna says with a laugh.

But he knows the character will be able to pull through. “I’m betting on Dave. It’s gonna take a little bit. It’s part of the evolution.”

The first two episodes of “Criminal Minds: Evolution” are now streaming on Paramount+.