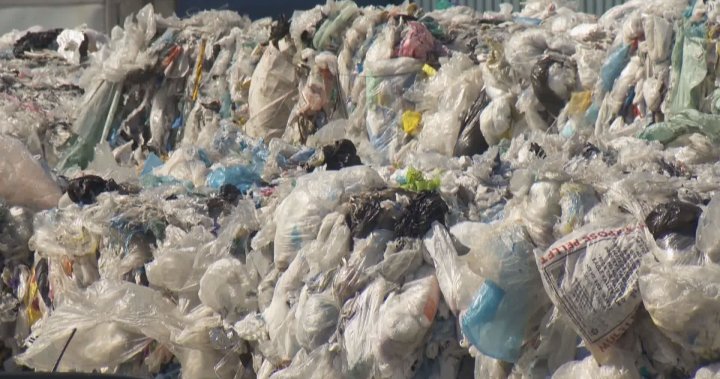 A Calgary city committee has given an early approval to the city’s plan to address single-use plastics, but some councilors feel the plan doesn’t go far enough and others felt it needs more work.

In response, city officials have proposed a bylaw that would require local businesses to charge a minimum fee of $0.15 for paper bags and $1.00 for reusable bags. The minimum fee would increase to $0.25 per paper shopping bag and $2.00 per new reusable shopping bag one year after the bylaw is implemented.

Items like straws, utensils, pre-packaged condiments and napkins would also only be provided at the request of the customer under the proposed bylaw.

City administration said the plan isn’t an additional municipal ban on single-use plastic shopping bags, as the federal government has its own ban.

Ward 2 Coun. Jennifer Wyness voted in opposition of the plan after raising several concerns, like a lack of compostable bags as part of the plan.

Wyness told reporters the plan is a “redundancy” because of the federal ban on single-use plastic bags.

She also cited city data showing 87 per cent of Calgarians said they always take their own shopping bags to the grocery store.

“So why would we then have to up the price or set a minimum price when Calgarians are already acknowledging they have changed their behaviour?” Wyness said following the meeting.

“Those who can least afford it are going to be charged. I don’t agree with that and that’s not even helping the climate,” she added.

City administration said there it is exploring alternative options for low-income Calgarians.

Meanwhile, proponents of the plan feel it needs to go further to address climate concerns in the city.

Christina Seidel, executive director of the Recycling Council of Alberta, said she was struck by a description that the plan “meets Calgarians where they are today.”

“I’m thinking that’s not good enough,” Seidel told Global News. “We need to push Calgarians beyond where they are today, and I think even the residents in Calgary would say that they should be pushed a bit more.”

1:56
Peterborough to start reducing single-use plastics at its facilities

Peterborough to start reducing single-use plastics at its facilities – Jul 18, 2022

Seidel said she’d like to see more monitoring and enforcement included in the proposed bylaw, but added the plan is complementary to the federal ban by discouraging the use of single-use bags.

City administration said it would not be recommending a fee on single-use cups as it works to identify impacts on local business while also reducing waste in the landfill.

John MacInnes, the founder of Earthware, spoke in support of the plan during the public hearing on Tuesday.

Earthware is a local company that started last year, which provides reusable plastic takeout containers to restaurants and other partners in an effort to reduce waste.

“It comes to your house, you rinse it, we come to pick it up or you can drop it off in community bins, where we take it and sanitize it, clean it and then restock the restaurants and our partners,” McInnes said.

According to McInnes, the company had 50 partners in its first year and just washed its 10,000th container, with a goal of growing to 10,000 containers per day.

“Anything that any city or municipality can do to further reduce the amount of stuff going into landfills, it’s always good,” McInnes told Global News. “Of course, we completely support the program.

Ward 11 Coun. Kourtney Penner, who voted in support of the plan, said the city needs to take a look at its internal use single-use plastics in an effort to walk the walk of sustainability.


“We’ve opted sometimes for convenience over sustainability. We have Keurig machines, we have plastic utensils in some of our spots if lunches or meals are delivered,” Penner said. “We need to work on our own strategies for reducing waste in really being a leader and showing how it can be done at the corporate level.”

Committee voted 6-2 in favor of endorsing the plan, with Ward 10 Coun. Andre Chabot voting in opposition with Wyness.

The plan and proposed bylaw will need council approval, before a public hearing is held at a council meeting in 2023.

City administration said the bylaw would be implemented in 2024, if it gets approval by council.

Penner said the timeline would give local businesses time to adjust.