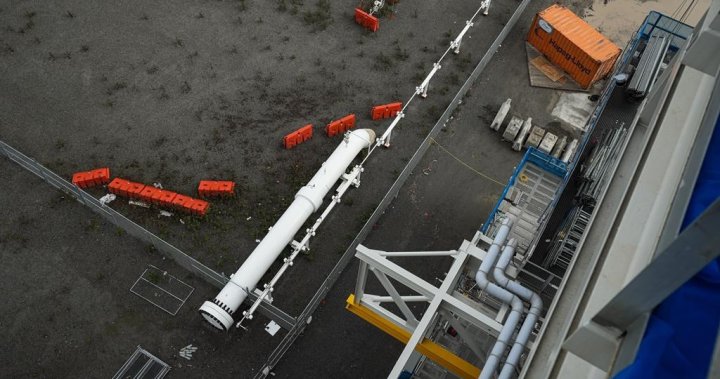 The company that is building a natural gas pipeline across northern British Columbia has been finalized for a third time as a result of failure to comply with the requirements of its environmental assessment certificate.

The BC government issued a bulletin saying Coastal GasLink has been fined $213,600 for “continued deficiencies with erosion and sediment control measures.”

The Environmental Assessment Office says more than 50 inspections have been done along the pipeline construction route since the project started in 2019, resulting in 37 warnings and two other financial penalties imposed last year: $72,500 in February and $170,100 in May.


The office says it entered into a compliance agreement with Coastal GasLink last July that takes a more proactive approach to erosion for about 100 kilometers of the 670-kilometre pipeline route where ground had yet to be broken.

The pipeline, which is in its final scheduled year of construction, is to connect natural gas facilities in northeastern BC to the LNG Canada terminal in Kitimat, on the northern coast.

Coastal GasLink says the penalty reflects concerns about erosion and sediment control from inspections by the Environmental Assessment Office in February 2022, and the determination is “a reminder of how far we’ve come in a year.”

“We continue to work closely with our regulators to look for ways where we can do better across our project, especially with erosion and sediment control,” the company said in a statement.