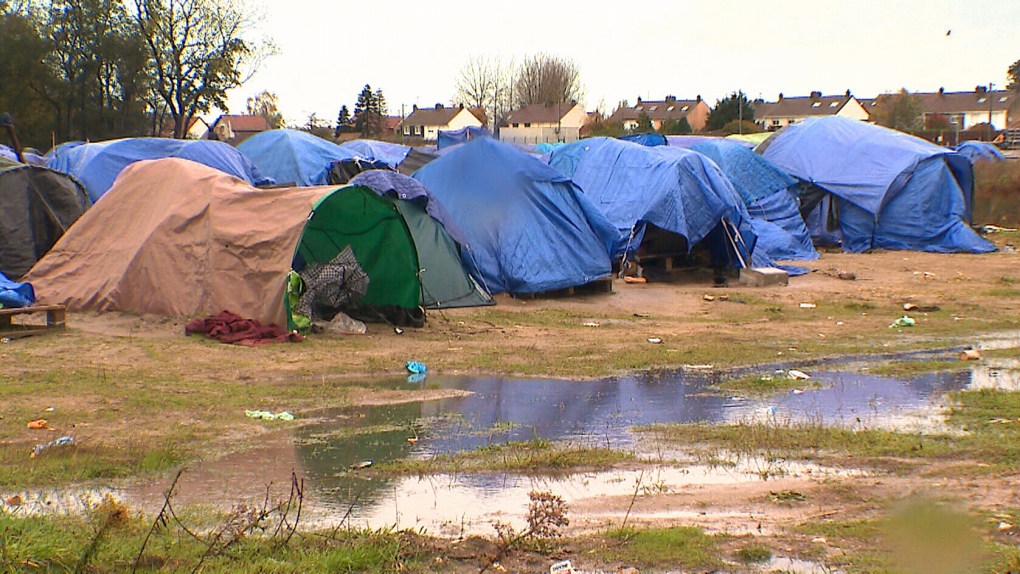 A year after 27 migrants drowned trying to reach the United Kingdom from Northern France, in what was described as the worst maritime disaster in the English Channel in 30 years, the number of migrant crossings has only gone up.

CTV News spoke to asylum seekers waiting in Calais for a spot on a dinghy and for favorable weather. One man from Afghanistan told us he had his 3,000 euros ($4,100) ready and was waiting for word from the smugglers. An Iranian man whose asylum request in France had been rejected had since tried three times to reach the UK Asked if he was afraid of dying while trying to cross, he laughed pointing to the makeshift camp and asked what the alternative was.

They come from Afghanistan, Iran, Syria, Albania and Sudan among other countries. The English language is a big factor and for those seeking undocumented work, they’ve heard slipping in the black market is much easier than in other countries. Among them are also some who would be eligible for refugee status once they reach the UK, but the problem is finding a legal way to land on British soil.

Suella Braverman, the UK minister in charge, has called the crisis an “invasion” but during an exchange with a fellow Conservative MP at a parliamentary committee, she failed to explain how one could seek asylum in the UK if they they’re not given permission to get onto an aircraft destined for the UK

“We need to open safe and legal passages like we did for Ukraine,” charity worker Lucy Halliday told CTV News during a morning trek through a wooded area in Calais. She spends many of her mornings looking for asylum seekers and making sure they have something to eat. “We’ve proved that the UK isn’t full, that we can take more people, and we can open safe passages, so that no one needs to risk their life on a small boat crossing the Channel,” she said.

The camps are scattered and when they hear Halliday’s voice offering meal tickets, one African man unzipped his tent, stuck his head out and shouted back “cat food?!” While waiting for a chance to get to the UK, he’s found nine cats that now come to him for food.

Nearby, in what was once an empty field, the only sound is the rain hitting the blue tents sheltering young Sudanese men. One is only 17 years old and has been here for months. He doesn’t have the 3,000 euros required to travel by dinghy so instead he’ll try to sneak his way onto a truck that will cross the Channel through the Eurotunnel.

For those traveling by boat, 30 kilometers and ruthless smugglers separate them from their final destination. For many the risk of dying along the way is still better than what they left behind.